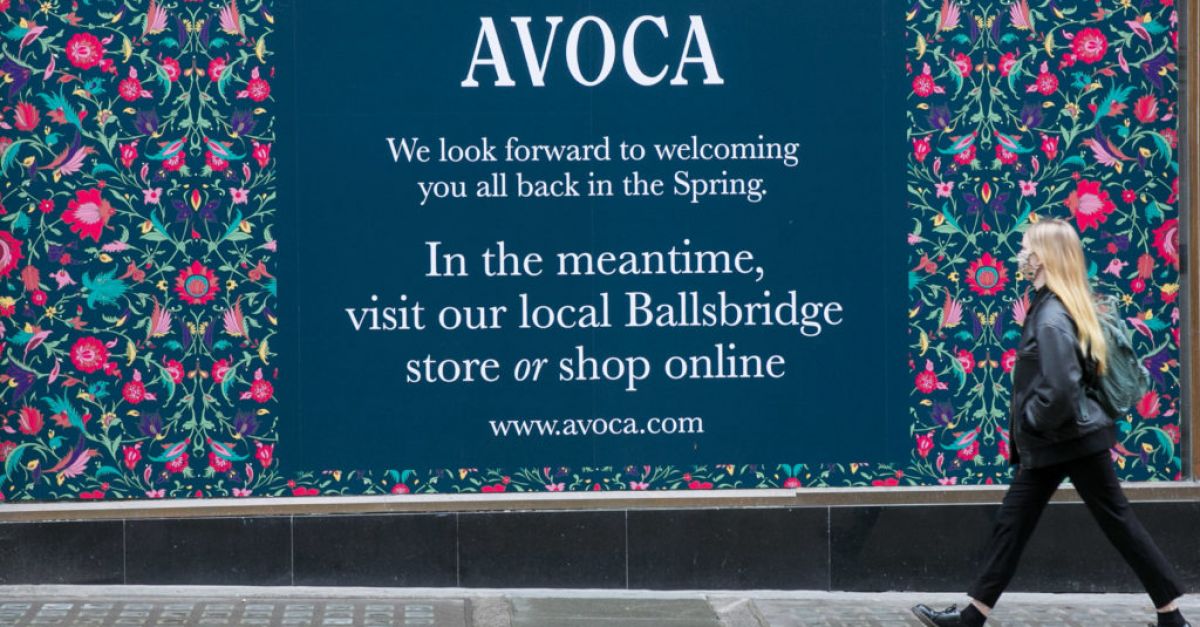 Aramark Ireland Holdings Ltd and subsidiaries recorded the pre-tax losses after revenues slumped by €97.7 million or 29%, from €335.98m million to €238.2 million in the 12 months to the end of October last.

The accounts cover the first eight months of the pandemic and the pre-tax loss takes into account restructuring and related costs of €31.39 million.

The €31.39 million exceptional cost included a goodwill write down impairment of €26 million.

Aramark has been hit by the closure by companies of office sites that Aramark service in favour of home-working and the directors state that the business has been “significantly impacted by Covid-19 resulting in the closure of several client sites and a reduction in activity levels in many of those sites remaining open”.

Numbers employed by the group took a hefty hit during the pandemic with headcount reduced by 653 from 5,240 to 4,587.

The performance of the Avoca network of retail outlets is not revealed in the accounts.

However, the accounts do state that revenues at the company’s retail arm reduced by 23.5% from €75.97 million to €58 million.

The group’s facilities management arm’s revenues reduced by 29% from €82 million to €58 million.

The directors state that they have to take proactive actions to control the controllable and endure the business can thrive despite the ongoing pandemic.

They state: “We remain positive about the significant growth opportunities in the market and we believe that Aramark is well positioned to take advantage of these opportunities.

The geographical breakdown of revenues shows that €222.99 million were generated here and €15.5 million in Great Britain and Northern Ireland.

Consumer sentiment ticks back up as Ireland emerges from lockdown