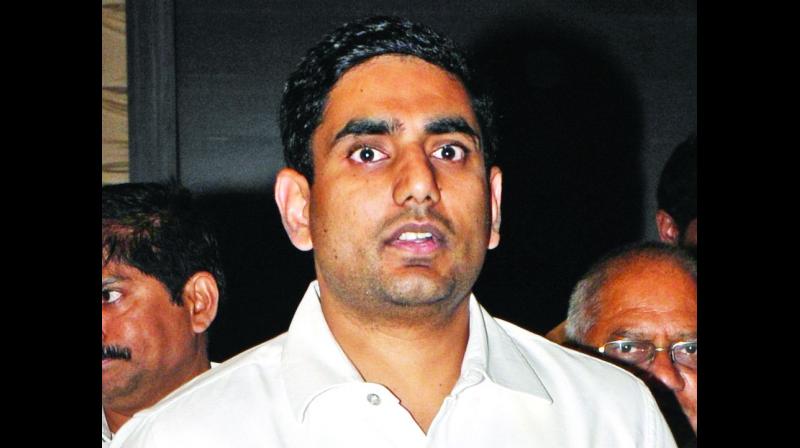 VISAKHAPATNAM: Former chief minister N. Chandrababu Naidu on Monday announced that the Telugu Desam would intensify its agitation by holding state-wide protests against rising prices of petrol, diesel, and essential commodities on August 28.

Party leaders accused the state government of contempt of court with blatant lies over payment of NREGS bills. Officials were claiming that Rs 413 crore pending bills were deposited but amounts have not been received by the aggrieved contractors, they said.

The Union government released Rs 1,991 crore NREGS arrears, which were diverted while the contractors were not paid.

Meanwhile, MLC Nara Lokesh demanded the state government to explain to women why it was not able to book cases and give stringent punishments under the Disha Act. He recalled how Chief Minister YS Jagan Mohan Reddy received huge personal publicity by promising completion of investigation into cases of atrocities on women in seven days. He had also assured completion of court hearings in 14 days and hanging of the guilty within 21 days of the crime.

Only 13 days remain for the 21-day Disha deadline fixed for hanging the killers of Ramya in Guntur, he said.

Swamy termed it as 'atrocious' on the part of minister Balineni Srinivasa Reddy to claim that 92 per cent of farmers had given their approval for metres on farm motors.