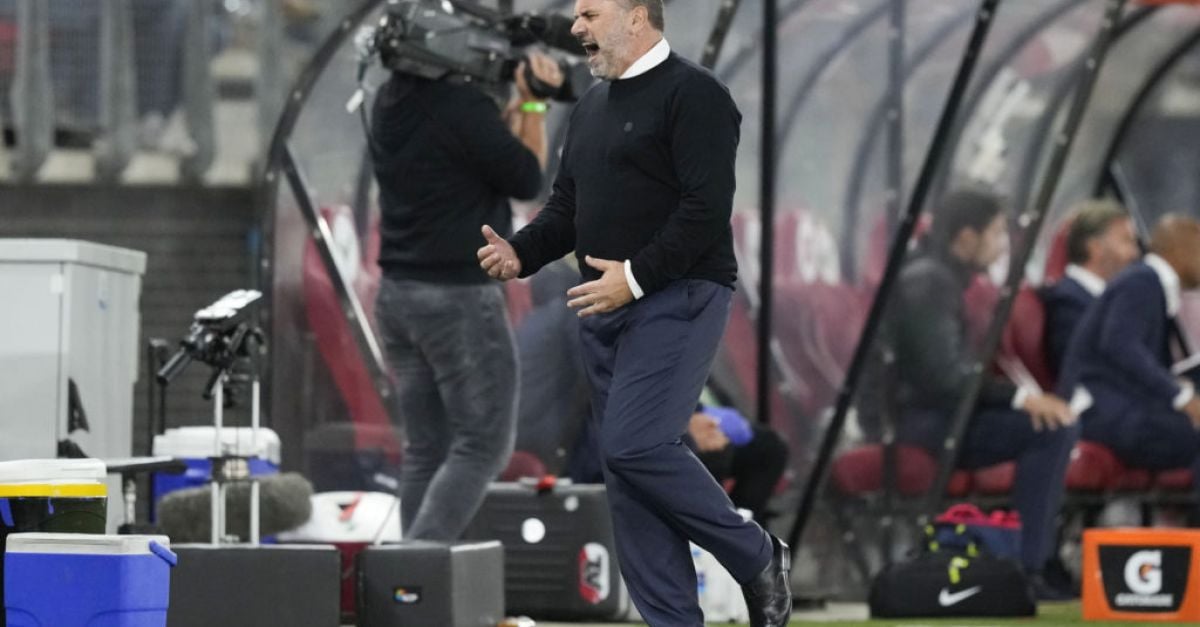 Celtic manager Ange Postecoglou praised his players for their reaction after two defensive howlers put them under pressure against AZ Alkmaar.

Kyogo Furuhashi put Celtic 3-0 up on aggregate with little over two minutes gone in Holland but Joe Hart was punished for hesitation three minutes later as the hosts levelled on the night.

Carl Starfelt put through his own net under no pressure in the 26th minute to put AZ 2-1 up but Celtic survived a fraught encounter to go into the Europa League group stage with a 3-2 aggregate win.

“It was hugely important we got through,” Postecoglou said.

“It means we are going to be playing in one of the elite competitions against good-quality opponents and ensuring there are more special European nights.

“We made two pretty terrible errors but that’s what happens when you’re dealing with human beings, they’re going to make mistakes. What was more important for us is how we reacted.

“We lost our way a little bit in the first half and they got some momentum, because we started the game well. Obviously giving them two goals set us back but the second half we dug in when we had to.

“Joe, who was disappointed with the first-half mistake, made a couple of outstanding saves and Carl defended really strongly in the second half.

“I thought we were a little bit more composed than we were in the first half.

“It was a different type of performance but it’s great that we showed that resilience.”

Celtic suffered another first-half blow when Greg Taylor went off with a shoulder injury but Postecoglou was delighted with replacement left-back Adam Montgomery.

“It’s too early to tell about Greg,” said Postecoglou, whose team face Rangers at Ibrox on Sunday.

“I thought Monty was outstanding, coming on, a young player, knowing we would have to defend a fair bit.

“Kyogo got a bit of a knock and the rest of them put in a shift so it’s going to be all about recovery for the next 24-48 hours and then we will see how everybody is.”