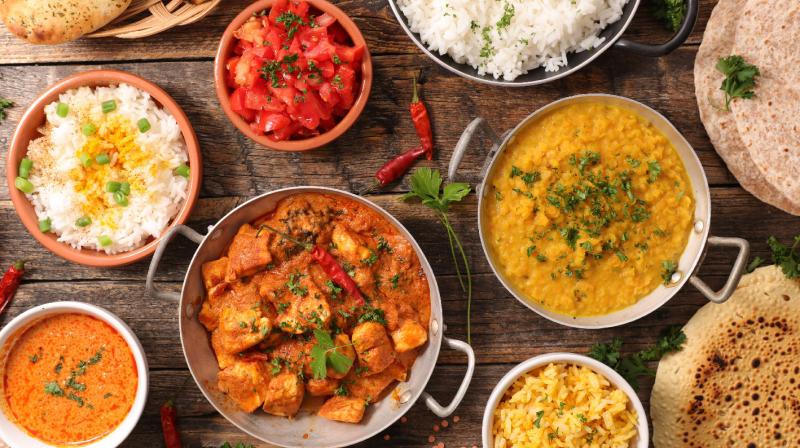 Twitter took up arms against the Washington Post when a recent article by a US newspaper described Indian food as “based entirely on one spice”, and being able to knock off “a vulture off a meat wagon”. The statement attracted a ton of backlash by not just Twitter netizens, but celebrity chefs and people of Indian descent.

The article, written by columnist Gene Weingarten for the Washington Post, is titled “You can’t make me eat these foods”. In the article, Weingarten categorically listed foods that he refuses to eat, listing Indian food as one. “If you think Indian curries taste like something that could knock a vulture off a meat wagon, you do not like a lot of Indian food. I don’t get it, as a culinary principle,” the article read. The article had also previously referred to Indian food as “the only ethnic cuisine in the world based entirely on one spice”, and “if you like Indian curries, yay, you like Indian food!” implying the country’s cuisine to only have one spice- curry- and having the entire country’s food based on it.

As a result, the Washington Post received excessive backlash for the comments, especially when actress and celebrity chef Padma Lakshmi tweeted about the issue, calling out the author.

Is this really the type of colonizer 'hot take' the @washingtonpost wants to publish in 2021- sardonically characterizing curry as "one spice" and that all of India's cuisine is based on it? pic.twitter.com/suneMRD8vs

And she was not the only one. Many people of Indian descent- and otherwise- called out Weingarten for the offensive wording and the ignorant and racist attitude towards an ethnic food culture, and WaPo started to trend on Twitter.

You don’t like a cuisine? Fine. But it’s so weird to feel defiantly proud of not liking a cuisine. You can quietly not like something too

Even Columbus knew it was more than one spice

9 times out of 10 I don’t care for famous people going after writers, but I 100% appreciate Padma Lakshmi going after the WaPo writer with the bad Indian food take. Dude is going to have to re-emerge in a year with a different identity.

If you ever go to a Desi friend's house for dinner and they serve you a dish with "one spice" that is a sign that they actually hate you, so much so that they even might try to kill you later in the night. You must leave immediately. You're in danger.

After receiving the backlash, Washington Post edited the article, adding a disclaimer, “A previous version of this article incorrectly stated that Indian cuisine is based on one spice, curry, and that Indian food is made up only of curries, types of stew. In fact, India’s vastly diverse cuisines use many spice blends and include many other types of dishes. The article has been corrected.”

The author of the article, on his personal Twitter account, also addressed the issue, claiming that after the backlash, he went back to try Indian food at one of the most famous Indian restaurants, and stands by his original statement. The tweet has since been deleted.

This response also garnered a lot of anger towards the author, especially for the flippant manner in which the author had dismissed valid problems raised with the article’s tone.

Racism spiced with dollops of ignorance floating in a curry of bad writing https://t.co/Z6NxxiVByd

Sorry, I am not having dinner with this guy https://t.co/xe24a52QZj

Though the author has since released an apology on Twitter apologising for the generalisation of the cuisine- with netizens not buying an apology made prefaced with ignorance and flippancy- it is evident that the Western world that colonised us for our plethora of spices and uses about two in their own foods refuses to believe that we know how to use more than one.

For better or for Wurst — VW to stop making sausages

COVID-19 most transmissible 2 days before, 3 days after symptoms appear: Study