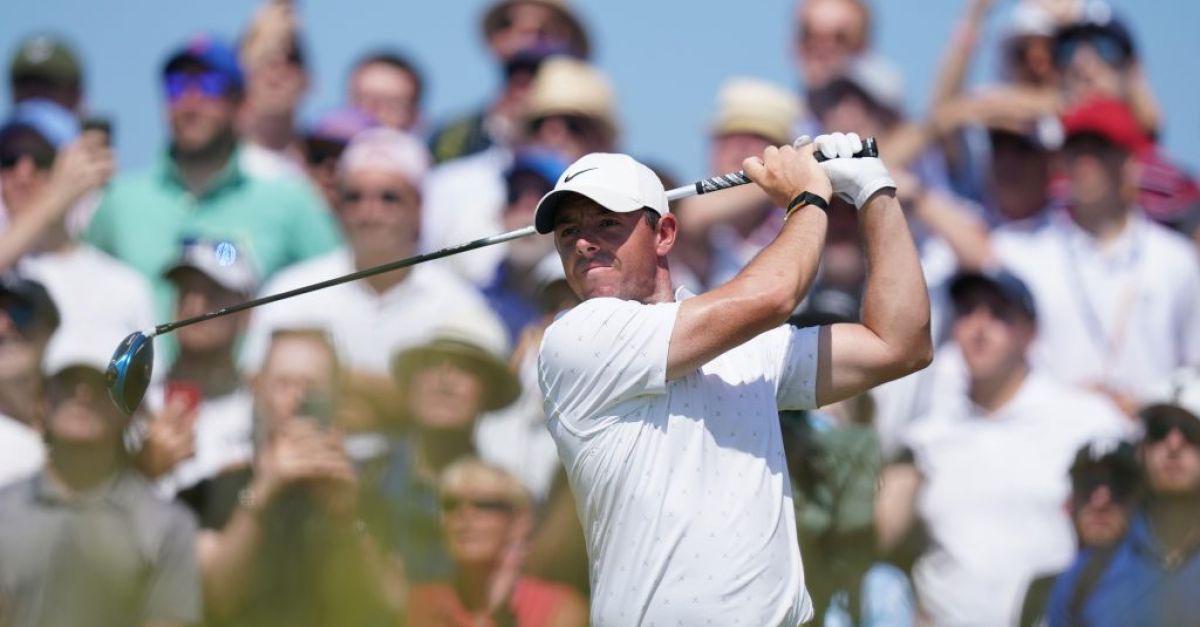 Rory McIlroy signed for a 64 to take a share of the lead at the BMW Championship as he aims for a spot in the Tour Championship.

The Northern Irishman carded four birdies on the front nine in Baltimore and an eagle on the 16th helped him to eight under.

McIlroy currently sits 28th in the FedEx Cup with only the top 30 after the weekend going on to Atlanta next week.

The 32-year-old shares top spot with US Open winner Jon Rahm and American Sam Burns, just three days after throwing his 3-wood towards the Jersey Turnpike in frustration during the the final round of the Northern Trust.

“I went home, I went down to Florida after Northern Trust on Monday night, went into the garage and rummaged through a few different things, got my old putter back out, got my old 3-wood, went to a new shaft in the driver and it seemed to work out today,” McIlroy said.

“It’s not as if I was driving the ball badly. I just had a driver I felt was spinning a little too much, so a couple of times last week into the wind I’d hit it and it would balloon up in the air.

It's all in The Takeaway from Thursday @BMWChamps presented by @FedEx. pic.twitter.com/POhAP1xHz5

“Getting a driver that just spins a little less makes it more comfortable for me to aim up the left side and peel it off if I want to.”

A shot off the leading trio is Sergio Garcia who had a clean round of 65, while 18 players went round in 67 or less on Thursday.

England’s Paul Casey could have been among them but bogeyed the 18th, and Ireland’s Shane Lowry carded a one-under 71 for a share of 47th alongside Lee Westwood.