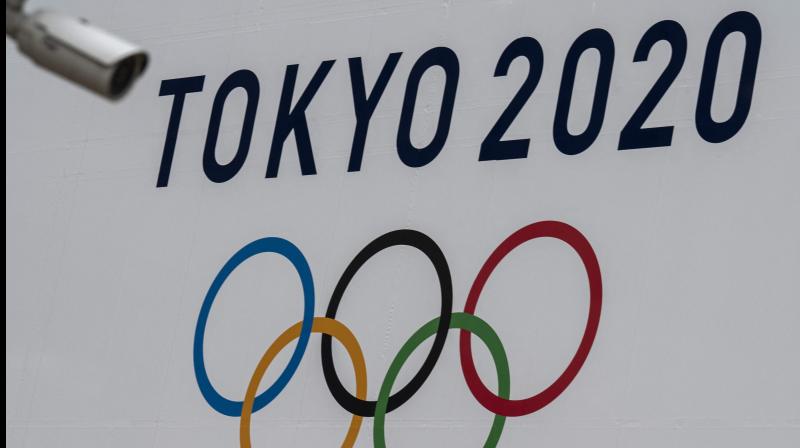 Tokyo: The COVID-19 cases associated with the Tokyo Olympics breached the 100-mark on Friday with the announcement of 19 new infections and the Czech contingent seemed among the worst hit after a fourth athlete — road cyclist Michal Schlegel — tested positive for the virus.

The worrying milestone was touched on the day the Games will officially open here with a ceremony to be attended by less than 1,000 dignitaries and sans any spectators.

The organisers, in their daily COVID-19 update, announced that three athletes, 10 Games-concerned personnel, three mediapersons and as many contractors associated with the event have been found positive.

The total number of cases directly linked to the Games stood at 106 on Friday with 11 of them athletes.

The Czech contingent reported its sixth overall case even as it investigated breach of health safety protocols while travelling to Japan.

"The fourth athlete and the sixth Czech member of the team, who did not avoid a positive test for COVID-19 at the Tokyo Olympics, is road cyclist Michal Schlegel," the country's National Olympic Committee (NOC) stated.

"His positive antigen test was also confirmed by PCR analysis in a cycling village in Izu. Now Schlegel is back in the hotel for road cyclists in isolation," it added.

Reports also trickled in from Jamaica that a men's long jumper Carey McLeod has tested positive in his own country, ruling him out of the Games.

"The athlete is Carey McLeod who was set to compete in the men's long and triple jump events. The positive Covid-19 test was received this week. It's understood that he has been notified and is in isolation," 'Nationwide Sports' reported.

Schlegel was to compete on Saturday but "will not make it to the Olympic road race".

The other athletes in the Czech contingent to have tested positive are beach volleyball players Ondrej Perusic and Marketa Nausch, and table tennis player Pavel Sirucek.

"Zdenek Stybar stayed in the cycling hotel, as he was not on board a charter flight from Prague and arrived in Japan two days later."

Before that, a beach volleyball coach had also returned a positive test at the Games village.

In other contingents, Chilean Taekwondo player Fernanda Aguirre, Dutch skateboarder Candy Jacobs and taekwondo hope Reshmie Oogink are among the cases that have reported among athletes who have landed in Tokyo and forced to withdraw from their events.

Previously, two South African footballers, and an American beach volleyball player had also tested positive while being here. Some athletes have been forced to withdraw even before reaching the city after returning positive tests in their home countries.