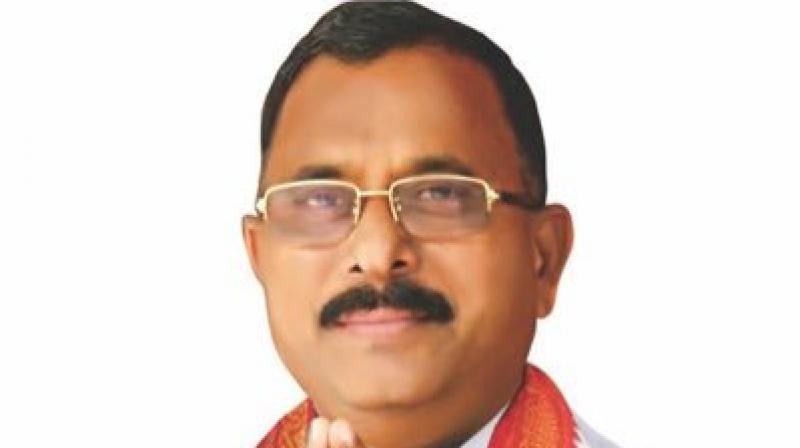 HYDERABAD: TPCC senior vice-president Mallu Ravi and spokesperson B. Ayodhya Reddy demanded that minister Ch Malla Reddy should be removed from the state Cabinet immediately for his rude comments against state Congress chief A. Revanth Reddy.

There is no moral right to continue him in the Cabinet and Chief Minister K. Chandrashekar Rao should remove him immediately, they said.

Meanwhile, police increased security at the house of Malla Reddy and the roads leading there, anticipating protests by Congress activists. A few activists were detained while they were heading to Reddy’s house.

Speaking to reporters here on Thursday, they said that like in the case of BJP leader Etala Rajendar, Chandrashekar Rao should order a probe into the irregularities of Malla Reddy. They said that the TRS government was so anti-Dalit and anti-Girijan that highly qualified officials from SC/ST communities were being denied plum postings while those from forward communities were getting good positions even after their retirement. Revanth Reddy’s Dandora programme is aimed at exposing these double-standards of the state government, they said while adding that TRS leaders were unable to digest the overwhelming response to the Dandora programmes.

Senior vice-president G. Niranjan said that he has written to Governor Tamilsai Soundarajan asking her to dismiss Malla Reddy.

Speaking to reporters, Niranjan said that he had urged the Governor to appoint a committee comprising high-level officials under the supervision of a sitting High Court judge to look into the purchase of 600 acres of land as declared by Malla Reddy.

Meanwhile, the Karimnagar city unit filed a police complaint against the minister while Youth Congress activists burnt his effigy in Warangal.

Join us on Google News to keep up to date with the latest news
Tags
b. ayodhya reddy ch malla reddy kcr mallu ravi revanth reddy