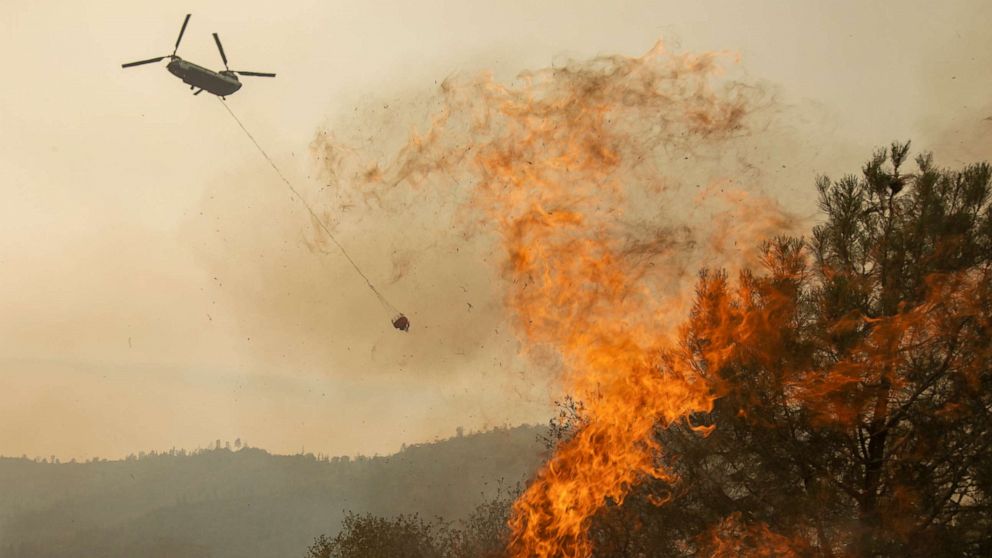 Dozens of wildfires blazing through the Western U.S. are continuing to shroud surrounding areas in smoke and haze.

At least 92 large wildfires are continuing to burn in the West, mostly in California, Oregon and Washington. Evacuation orders are in effect for 17 of the active fires.

The Caldor Fire in Grizzly Flats, California, about 100 miles east of Sacramento, continues to spread, having burned through 126,566 acres by Wednesday evening and remains just 12% contained.

Smoke from the wildfires is continuing to bring poor air quality to much of the West, especially across the Northwest and northern Rockies. Seven states, from California to Colorado, are under air quality alerts on Wednesday.

On Tuesday, Nevada recorded its worst air quality in history due to the wildfires. The air quality is so bad in some areas that it prompted school closures.

Scorching temperatures could possibly fuel the flames. Twenty-two states in the U.S. — from California to New York — are under heat alerts Wednesday.

Excessive heat warnings are in effect for the Southwest, where temperatures will top 110 degrees in some regions. And heat is expected to spread north to Central and Northern California through the end of the week — with temperatures expected to surpass 100 degrees in Sacramento, making it difficult for firefighters to contain the blazes.

Red flag warnings have also been issued for Colorado and Wyoming, where strong, erratic and gusty winds, along with low humidity, could present dangerous fire conditions.