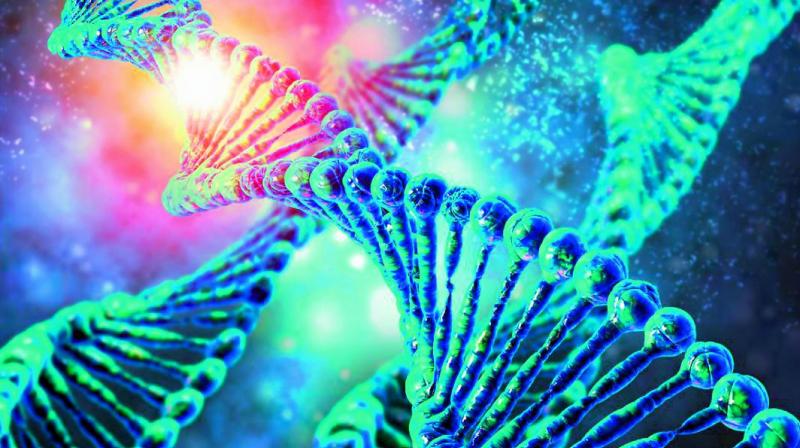 Hyderabad: Two sub-lineages of the SARS-CoV-2 Delta variant — AY 12 and AY 4 — were found in 80 per cent genome sequenced samples in the state in July.

According to GISAID data, AY 12 is responsible for the spike in Karimnagar from June where the cases stayed in the 80s for long. In August, they were reduced to 30 new cases.

The AY 12 sub-lineage was first detected in Delhi this March and AY 4 the next month in Chhattisgarh. There are 14 sub-lineages of the Delta variant. While the original Delta strain B.1.617.2 is around, it is the sub-lineages in different regions that are causing the spike in Covid-19 cases.

Dr Rakesh Mishra, director of Tata Institute of Genetics and Society, said these sub-lineages were highly transmissible in the population. “Sporadic spikes observed in various regions are due to different sub-lineages," Dr Mishra said.

The AY 12 lineage was found in 75 per cent of the samples sequenced from Nalgonda.

The AY 4 lineage is found in certain pockets like Medchal, Khammam, Ranga Reddy and Hyderabad while it is more prevalent in Tamil Nadu, Karnataka and Andhra Pradesh.

The presence of other strains of SARS-CoV-2 in the environment is less as delta and its sub-lineages continue to be strong.

Given the sero prevalence of 60 per cent in the state, according to an ICMR-NIN study against the Delta variant, experts stated that the chances of infection increase among those not vaccinated or those who have less antibodies as they have completed six months after vaccination.

A senior government doctor, on condition of anonymity, said, "Antibodies are present in the body only for six to eight months hence it is to be seen how the human body now behaves against the virus. Will the immune system protect itself or is there a need for a booster dose. Those who have completed six months after vaccination cannot give up on masks in public places and small gatherings as they are at risk. Even those who have completed both doses must follow all safety protocols strictly as that is the only way to beat the virus."