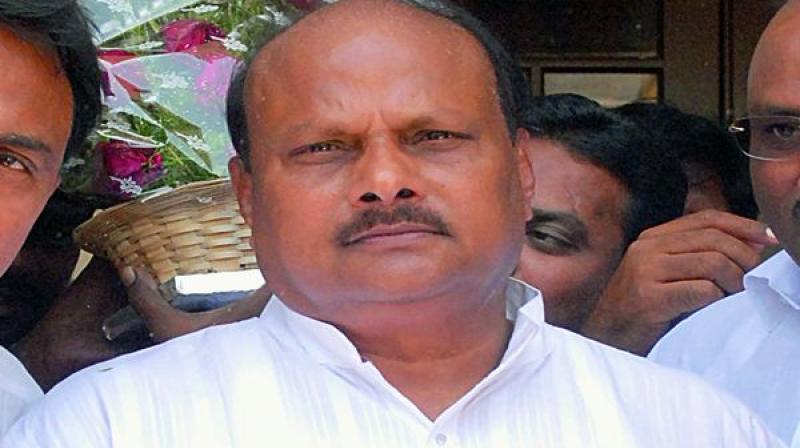 VISAKHAPATNAM: Former minister Yanamala Ramakrishnudu on Thursday said that democracy would be in great danger if people's representatives involved in criminal cases were allowed to escape from timely court trials and punishments for years together.

Over 138 CBI and ED cases pertaining to Andhra Pradesh were in various stages for over a decade. Amicus Curiae Vijay Hansaria has provided to the Supreme Court these startling facts as reported by the Registrar General of AP High Court, he added.

Ramakrishnudu asserted that true democracy would flourish only when criminals were restrained from exercising undue influence in politics. It was a welcome sign that there would be a speedier trial in the CBI and ED cases involving people's representatives from now on. If trials into these cases were further delayed, it would pose a threat to the very existence of democratic values, he said.

Addressing the media after submitting a representation to the collector here on Thursday, minority leaders took a dig at ruling party leaders for maligning the image of Aziz.

‘Clear dues to artistes’: Meanwhile, PCC working President Dr. N. Tulasi Reddy asked the government to pay the pending dues of Rs 23.17 crore to folk artists, who were used in publicity campaigns of government programmes from August 1, 2018, to January 31, 2019.

Speaking to reporters at Vempalli, he appealed to the Chief Minister to provide timely assistance to all those artists, who are leading an impoverished life. He reminded the government that it still had to pay Rs 11.07 crore to them and another Rs 12.10 crore to Nandi drama performers for the period August 2018 to August 2019.