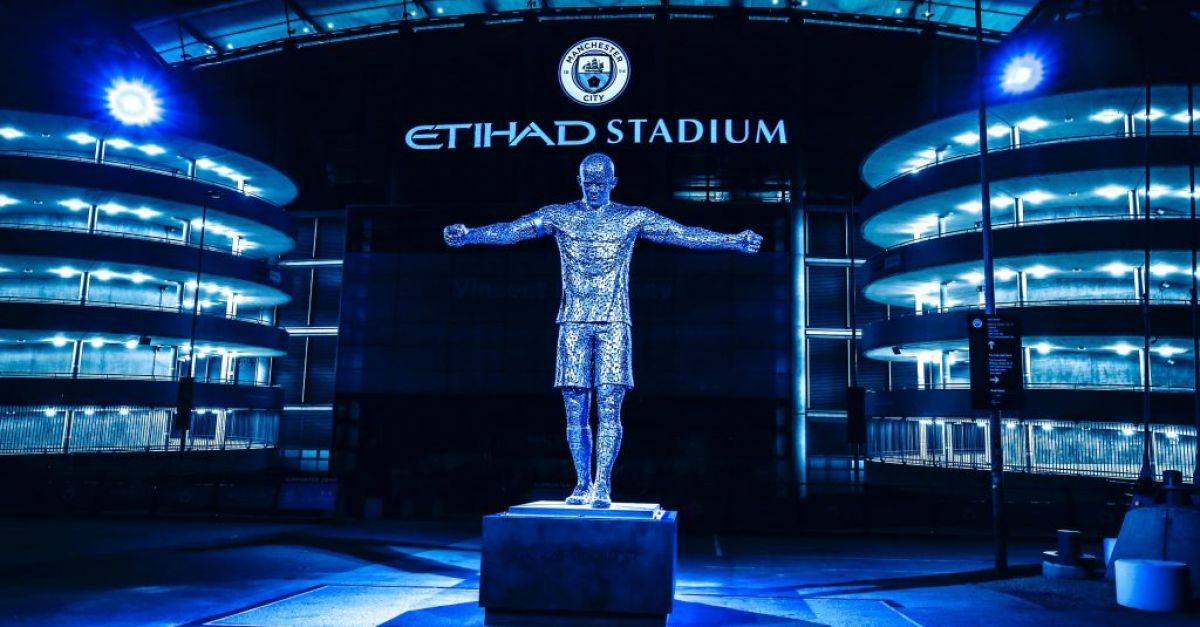 Manchester City have unveiled statutes of Vincent Kompany and David Silva at the Etihad Stadium.

Kompany played for City for 11 seasons, captaining them for eight and leading the club to their first top-flight title for 44 years when they won the Premier League in 2011-12.

Silva, a world and European champion with Spain, also added a fifth EFL Cup in 2019-20.

The statues, which will be illuminated by blue-tinted lighting at night, were created by award-winning sculptor Andy Scott and have been constructed using thousands of welded pieces of galvanised steel.

“I didn’t really expect to be recognised by such a great club in that way,” Kompany told the club’s website.

“The first time I saw the statue I couldn’t believe how big it was, but then again, I’m a big boy, so fair enough! And then especially the pose, for me it means a lot.”

“Being at City changed my life. I’m proud of what we did together and I feel emotional that it has been recognised like this,” said Silva, whose statue captures the midfielder with his foot on the ball and looking up.

“When I first saw the statue, I felt good, I thought it was like me. This statue really represents the way I like to play, I love the pose the sculptor has chosen.

“It really reminds me of those times I was on the pitch playing and that moment when I had to find the striker.”

A third statue – of record goalscorer Sergio Aguero – is set to join the existing two next year.