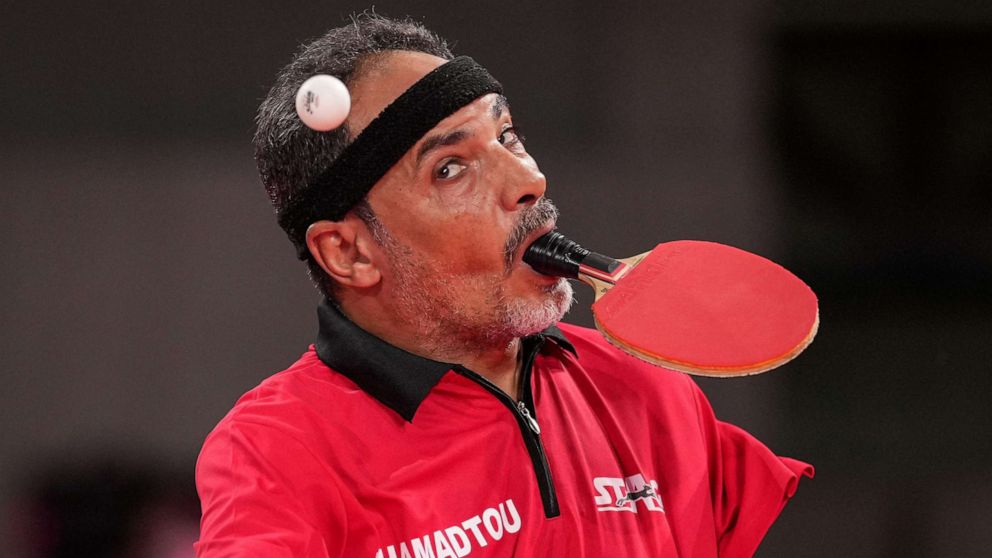 The 48-year-old lost to South Korea’s Park Hongkyu and China’s Chen Chao in the men’s singles contest at the Tokyo Paralympics, but the significance of his participation goes well beyond the results.

After losing both of his arms in a train accident at the age of 10 back in 1983, Hamadtou embarked on an inspirational table tennis career after being stirred up by a negative comment from a friend.

“I was in the club where I was officiating a match between two of my friends. They disagreed on a point, when I counted the point in favor of one of them the other player told me, do not interfere as you will never be able to play,” Hamadtou said in an interview with the International Table Tennis Federation’s website last year.

“It was that statement that fired me up to decide to play table tennis.”

Astonishing images of Hamadtou holding the paddle in his mouth and striking back at opponents went viral in 2014 when he made an appearance at the World Team Championships as a guest of honor, lining up against the world’s finest.

Two years later, he made his Paralympic debut at the 2016 Rio de Janeiro Games, once again displaying his unique skills.

When serving, Hamadtou flicks the ball up with his right foot and hits it powerfully with the racket, which he holds between his teeth. It’s a spectacular technique that he seems to be perfecting.

“It took me nearly a year of practice to get used to holding the racket with [my] mouth and making the serve; with practice and playing regularly this skill was improved,” he added.

A father of three, Hamadtou was born in 1973 in Damietta, Egypt.

Andy Murray: Players have a responsibility to wider public to get Covid jab

It’s all in the family: Brazilian paddler relies on archer mom’s word at Paralympics