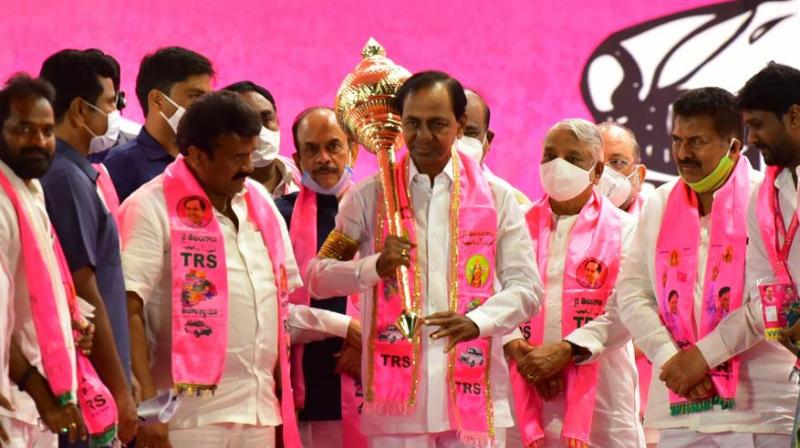 Hyerabad: The TRS organisational restructuring that has been planned for September is posing a major challenge to the leadership, particularly with regard to striking a balance between groups and leaders working since the party's inception in 2001 and those who defected from other parties.

The decision of TRS boss and Chief Minister K. Chandrashekar Rao to go in for complete revamp of the party from the village to the state level has stirred up a debate on ‘UT and BT batches’ among party leaders and the cadre.

Party sources said that the party is being divided into UT batch (Udyama Telangana), comprising loyalists who have been in the party since 2001 and the BT batch (Bangaru Telangana) comprising those who joined after June 2014. Both groups are trying to push their followers into the proposed party committees in order to consolidate their own position.

The UT batch is reportedly upset that the BT batch has cornered all ministerial berths, Assembly seats and nominated posts after June 2014 and they are insisting that priority should be given to them in party posts. The political tussle is more in constituencies where MLAs from Congress and TDP joined TRS after the 2018 Assembly polls.

As many as 12 Congress MLAs and two from the TD joined in 2019 against the wishes of TRS leaders who were defeated in the Assembly polls. These MLAs want maximum representation to their followers in the party committees which is being strongly opposed by old-timers, who have already lost their significance following the entry of leaders from Congress and others.

As there were no new committees in the party since 2018, the voices of dissent remained in mute mode. Now that the party leadership has announced complete rejig, such voices are surfacing across all districts.