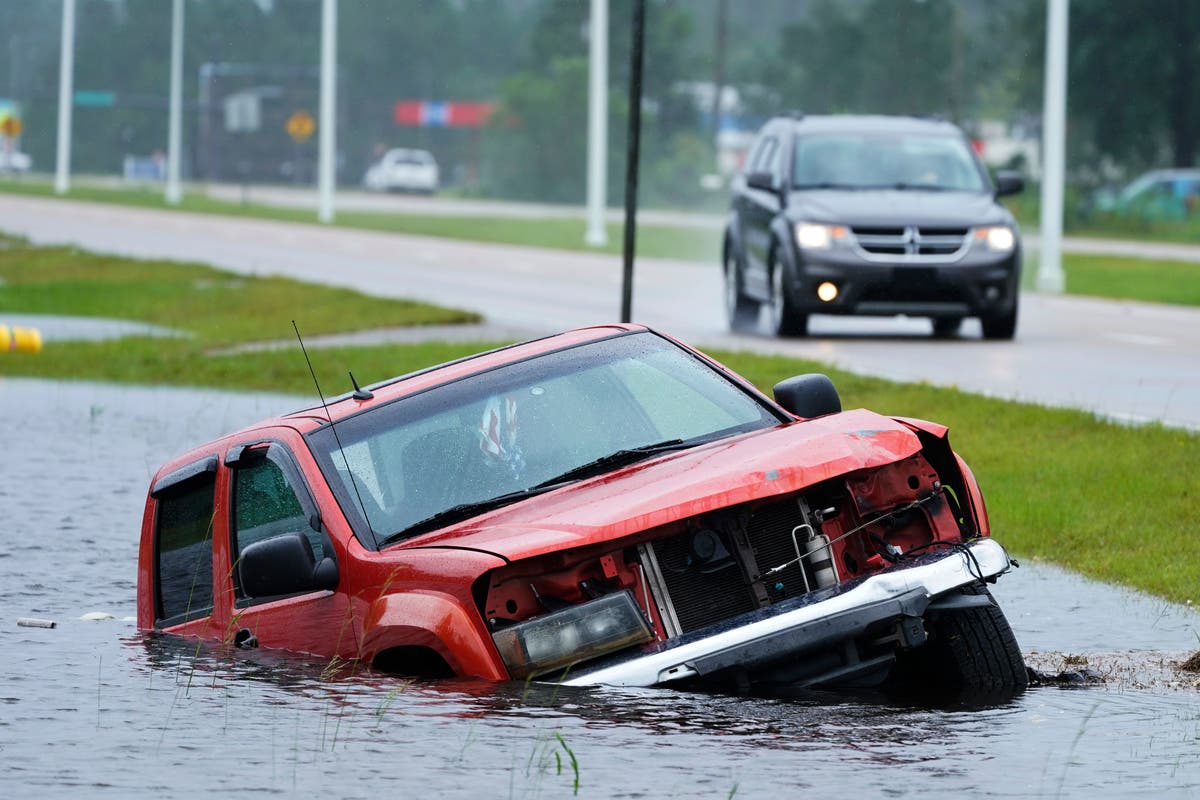 Hurricane Ida has slammed energy production on the US Gulf coast, causing the evacuation of more than half of the platforms and rigs in the Gulf of Mexico, according to the Bureau of Safety and Environmental Enforcement (BSEE).

Investors signaled that the outages could drive up US petrol prices in coming weeks, as the means of turning crude oil into major byproducts is severely limited by the hurricane and its aftermath.

US petrol prices rose more than 3 per cent as investors tried to work out how long it would take to get major oil refineries running again.

The hurricane, which landed as a category 4 storm, before being downgraded to a tropical storm by the National Hurricane Center, has been declared a major disaster by President Joe Biden.

Industry and BSEE estimates suggested that more than 90 per cent of gas and oil production in the Gulf of Mexico has been shut down, according to an update issued Sunday.

More than 1 million people are without energy in Louisiana and a further nearly 100,000 are also facing outages in Mississippi according to tracking website PowerOutage.US.

But it is still too early to determine whether or not the impact from Ida will be as severe as Hurricane Katrina which hit the region 16 years ago.

A sense of uncertainty among commodity investors was underscored by early divergence in oil prices and refined products on Monday after major oil benchmarks had climbed over 10 per cent last week, ahead of Ida’s landfall.

While petrol prices often correlate with their source, crude oil, a gap between the amount of oil extracted and the ability to turn it into byproducts, such as petrol, can temporarily change that relationship as investors try to gauge the long-term impacts from weather events.

US petrol and heating futures rose Monday, but prices for US crude oil wavered ahead of US market open, while Brent crude, a global oil benchmark ticked lower.

There are other factors at play too, with the OPEC cartel of oil producers expected to agree to increasing oil supply on Wednesday, dampening price rises. Meanwhile, Jerome Powell, head of the US Federal Reserve which sets the nation’s interest rates avoided saying – as some investors had feared – that the central bank’s efforts to support the economy with bond-buying would be tapered imminently.

Instead, at last week’s Jackson Hole symposium, he noted that positive economic signals had to be set against “the further spread of the Delta variant”, indicating that tapering efforts might come later in this year.

And while the oil price rises ahead of Ida’s landfall were “nothing new”, “every Hurricane is different and brings uncertainty for the region that contributes heavily to US output,” said Craig Erlam, senior market analyst at OANDA.

Tesla in talks with Indian firms for parts: Reports

Car buying goes the way of Amazon: ‘Customers are ready’