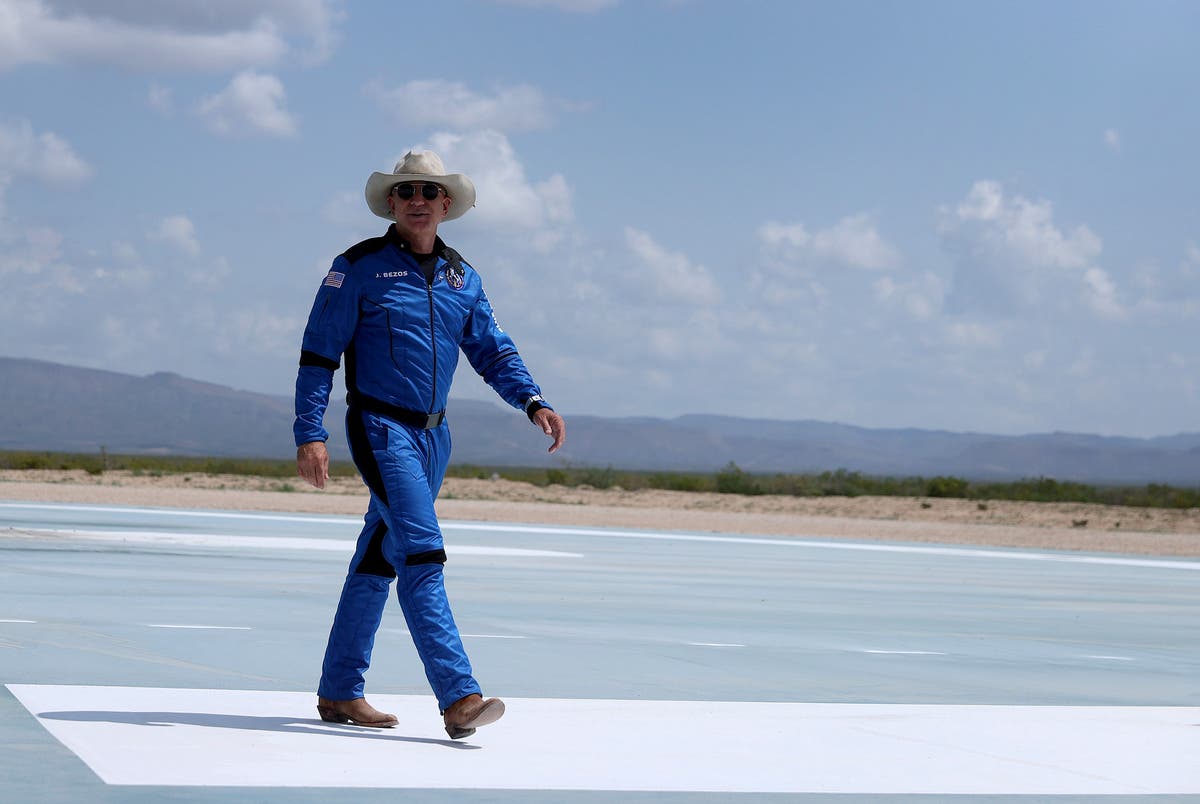 Jeff Bezos’s Blue Origin is suing the US government over a Nasa contract to go to the Moon.

It is the latest and most dramatic installment in an ongoing fight between Mr Bezos’s private space company and Elon Musk’s SpaceX.

At the heart of the dispute is Nasa’s decision to give SpaceX the $2.9 billion contract to build the lunar lander that will take humanity back to the Moon for the first time in decades.

Blue Origin argues that it was unfairly awarded and that the process should be re-run in the hope it can win it back.

The latest development came in the form of a lawsuit filed in the US Court of Federal Claims. It was filed on Friday but initially covered by a protective order.

It has now been revealed, however. The lawsuit says that Blue Origin “challenges NASA’s unlawful and improper evaluation of proposals”.

It is just the latest in Mr Bezos’s attempts to win back the opportunity to build the lander.

In late July, for instance, he wrote an open letter to Nasa administrator Bill Nelson in which he offered to waive payments of up to $2 billion if the contract was awarded to Blue Origin. Mr Bezos said that the decision would help make up a funding shortfall on Nasa’s part as well as allowing Blue Origin to compete with SpaceX.

Despite the protests of Mr Bezos and Blue Origin, the government and Nasa have not suggested they will re-award the contract. Last month, the Government Accountability Office agreed with Nasa’s decision to pursue only one provider, in the form of SpaceX, and rejected Blue Origin’s protests.

The repeated attempts to win back the lander contract have drawn mockery from SpaceX chief executive Elon Musk, who joked in a tweet that “If lobbying and lawyers could get [you] to orbit, Bezos would be on Pluto [right now]”.

PhonePe gets IRDAI license to serve as direct insurance broker