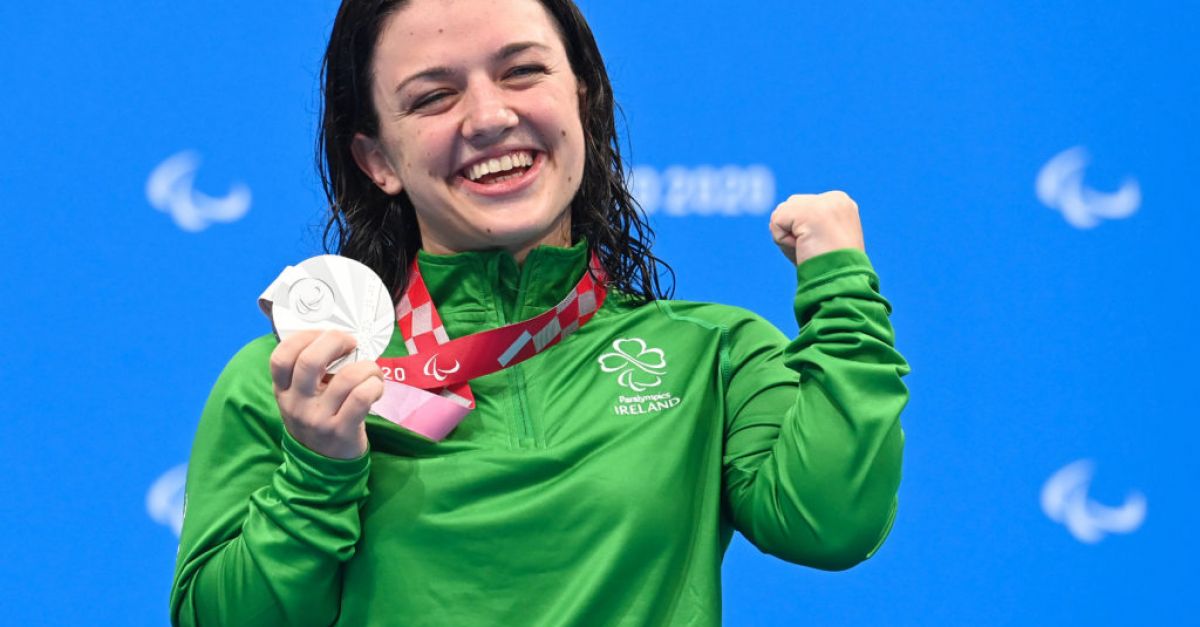 The Laois woman finished second in her heat in the S5 50m Butterfly event earlier this morning, going on to take Silver in the final shortly before 10am.

Barry McClements also qualified from his heat this morning, clocking a personal best of 1:06.31 in the S9 100m Backstroke.

Last in the heats for Ireland this morning was Róisín Ní Riain, who qualified for the S13 200m Individual Medley final with a time of 2:34.24.

The 16-year-old was back on the blocks shortly after 11.30am, finishing sixth in the final. Speaking after the event, Ní Riain said she was disappointed with her swim, but added it was great to be part of a final where a world record was broken.

Away from the pool, Kerrie Leonard lost out to Stepanida Artakhinova of the Russian Paralympic Committee in the Archery Individual Compound last eight.

Speaking afterwards, Leonard said: “It’s amazing to have made the last 16 in the Paralympics and it shows, if you’re given the opportunity, just how much you can do if you go for it.”