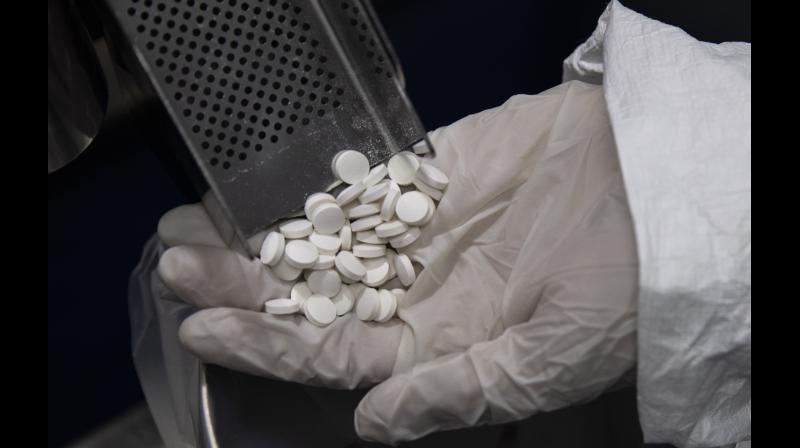 Of late, Bollywood, Tollywood and Kollywood industries are abuzz with news of several celebs doing drugs and narcotic deals involving hundreds of crores of rupees. The Narcotics Control Bureau (NCB), the Enforcement Directorate (ED) and respective state investigative agencies are currently looking into it.
In some cases, action could not be initiated against the suspects owing to inconclusive drug test reports from blood and urine samples. But new and emerging forensic methods are not going to make it easy for illegal drug users to hoodwink the law. Recently, for the first time in Bengaluru, the police had sent hair samples of some actresses to the Central Forensic Science Laboratory (CFSL) in Hyderabad, which had confirmed their drug positivity.

As per experts, the main difference between these tests is that urine or blood tests have to be conducted within three days of consumption of drugs in order to test positive. However, a hair follicle test can detect traces of drugs up to 90 days prior to the test date and after about a week of consumption of the drugs. This is possible because the chemicals present in the drugs or narcotic substances mingle in the bloodstream and gradually become part of the hair cells. As the hair starts growing above the scalp, it can be collected and presence of the drug can be detected from hair samples. The same principle applies to body hair. However, hair drug testing has just started in a very few labs in the country and is still in the nascent stage.

Dr P Radharani, dermatologist and hair transplant surgeon from Radha International Institute of Hair Transplant says, “Hair follicle testing for drugs can detect the use of narcotic substances for up to 90 days preceding the test. The test result is not affected by styling products, shampoos, colour or dying of the hair.”

Regarding the conventional tests, A Anuradha, a research scientist at the multidisciplinary research unit labs of King George Hospital, states that to detect drug abuse and the type of narcotic substance used by a person, for better results tests should be conducted on the fresh blood or urine within two to three days of drug consumption. “It is also possible to store the person’s serum or blood plasma in minus 80 degree Celsius for testing at a later date, say after three to six months, supposing a medico-legal requirement arises in future. But in the latter case, the elevated levels of drug chemicals in the blood will come down and the result may not always be accurate. Also, a clinical correlation with many other factors has to be established to know about the pattern, date and kind of drug abuse,” Anuradha says.

As for the hair follicle test, the website of National Dope Testing Laboratory (NDTL), under the ministry of youth affairs and sports, Government of India, mentions that hair follicle test is an emerging popular technique of drug detection. However, the NDTL has not commenced this test yet.
Dr P L Sahu, director of NDTL, informs us, “The hair follicle test is not standardised and a lot of parameters need to be considered for the results, without which validating might be an issue. Therefore, though initially we thought of introducing the test, we have now decided to continue with the standard blood and urine test for detection of narcotic substances.”

The NDTL website mentions the benefits of hair testing, namely, longer window of detection, indefinite stability, easy and non-invasive method of sample collection, less risk of microbial growth and low risk of disease transmission while handling samples. Chances of manipulation of results are also less.
The analysis of drugs in hair samples has scope for applications in forensic investigations such as drug-related deaths, drug-facilitated crime, child protection, doping in sports, workplace drug testing and in clinical toxicology. Hair testing can complement conventional blood and urine analysis as it enlarges the window of detection from a week to several months and, by segmentation, permits differentiation between long-term therapeutic use and single exposure.

The hair follicle drug test has been taken up by a few private labs as well. Anuj Bhatia, head of India segment easyDNA, a company that undertakes various legally accepted tests says, “The standard window of detection for head hair analysis is 90 days while body hair samples can have an approximately 12-month timeframe. We send the collected hair samples to our overseas labs in Australia. Results are available within a week. Usual drugs detected are cocaine, marijuana, PCP, opiates, morphine and heroin.”

More than 60 milligrams or 90–120 strands of hair are taken from various places around the crown. The globally accepted average growth rate of head hair is one centimetre each month. If head hair is shorter than half inch, only body hair is used. It takes around five to ten days from the time of drug use for the hair follicle containing the drug to grow above the scalp where it can be collected.
Explaining the technology, Anuj says, “Since the bloodstream carries nourishment to produce new hair, scientists are able to identify the ingestion of drugs of abuse by simply analysing a hair sample. Using Enzyme-Linked Immunosorbent Assay (ELISA) methodology and a variety of mass spectrometry techniques, scientists measure the drug molecules embedded inside the hair shaft. Gas chromatography techniques can also be used. Through the hair-testing method, approved by multiple accrediting agencies, any chances of external contamination are totally eliminated and test results cannot be altered through the use of shampoos or any other chemicals. However, one should keep in mind that prescribed medications like opioid painkillers and foods like poppy seeds can also give a false positive result for drug tests.”