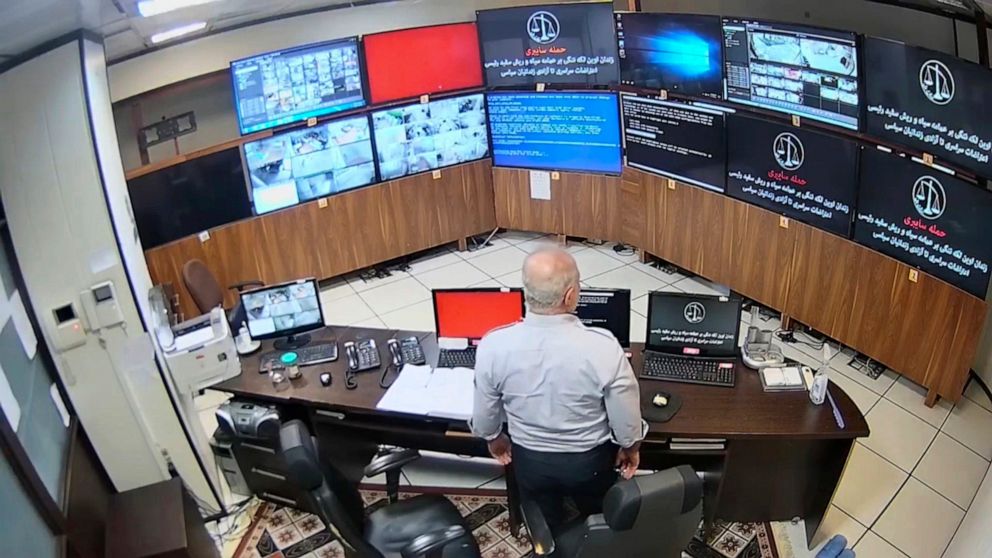 Former inmates at Iran’s notorious Evin Prison described a climate of systematic brutality and regular punishment dished out by authorities after a group of hackers reportedly leaked a series of videos showing torture and inhumane conditions, prompting a rare public apology from leaders in the country.

The videos show prison officers beating inmates, stripping them naked for body investigations, and dozens of prisoners sleeping on floors due to a lack of beds in cells.

The head of Iran’s prison organization appeared to acknowledge the video content by saying he takes responsibility for the “unacceptable behaviors.”

“I will commit to not letting these horrific incidents be repeated, and deal seriously with lawbreakers,” Mohammad Mehdi Haj Mohammadi posted on Twitter.

Following Haj Mohammadi’s tweet, the head of the judiciary, Gholam-Hossein Mohseni Ezhei, ordered the general prosecutor to “carry out an immediate and accurate investigation about the officers’ behavior towards the inmates.”

With the videos going viral, former prisoners shared what they claim are their experiences of torture, humiliation and severe conditions.

“This is just the tip of the iceberg,” said Hossein Ronaghi, a political activist and former prisoner, in a virtual room on the Clubhouse app on Thursday. “Compared to the tortures inflicted on us, what is shown on the videos is the least.”

Majid Tavakoli, another prominent political activist and former prisoner, said the videos show the importance of setting up cameras not only in the prisons, but also in all interrogation rooms and detention centers to prevent crimes against inmates.

“I was a known political prisoner, still they would beat me while I was blindfolded and handcuffed. They would kick my head against the street asphalts. Imagine what they would do to those who do not have any connection to make their voices heard,” Tavakoli, who also noted that leaking these videos could be considered “civil protest,” said in the same Clubhouse room.

Arash Sadeghi, a prisoner who is on temporary sick leave from the prison, said the situation facing people from minority groups, such as the LGBTQ community, is shocking. He said he believes the voices of such groups of prisoners never reach outside of the thick walls of Evin Prison.

“The LGBTQ prisoners’ condition is so difficult that they have the highest number of suicide attempts amongst all other prisoners. They are constantly insulted, humiliated and sexually abused by the prison staff,” Sadeghi told ABC News.

While some leaders have acknowledged the videos, others have called their veracity into question.

According to the Iranian Students’ News Agency, (ISNA) during a Sunday session on Iranian state media, Mohammad Mosaddeq, the deputy head of the judiciary, said the videos were not related to the prisons, as the hackers had claimed. Prior to Mossadeq’s comments, none of the authorities who had apologized for the abuse shown on the videos, including the head of the prison organization, had implied any doubts about their veracity.

It is unclear which images Mosaddeq was referring to.

“Violations were committed by some prison officials, and it was immediately ordered that the violators be prosecuted as soon as possible and that their violations be investigated based on the case,” read a statement by the general prosecutor’s office, according to ISNA.

“Six people have been prosecuted and interrogated so far, two were arrested and the rest were released on bail,” the statement said.

While the motive behind the leaks is also unclear, hackers who claimed the leaks call themselves “the Justice of Ali” and mentioned Iranian President Ebrahim Raisi in their messages, saying they want to shame him. Raisi, who recently took office, led the judiciary before stepping into the presidential palace, and he has a controversial background with human rights issues, according to some human rights groups.

As Amnesty International reported in 2018, Raisi was a member of a four-member board known as the “Death Committee.” Along with three other judiciary officials at the time, he presided over the execution of thousands of prisoners — mostly reportedly affiliated with the left and communist political groups and parties, many of whom had already finished their prison sentences, the human rights organization said. But, according to Amnesty, they were executed on the grounds that they did not “express repentance for their past political beliefs and activities and denounce their political groups in writing.”

Despite Mohseni Ezhei’s command to the general prosecutor for an immediate investigation, advocates say there is almost no hope of change in the Iranian penal system since Mohseni Ezhei has been Raisi’s right-hand man in the judiciary for years.