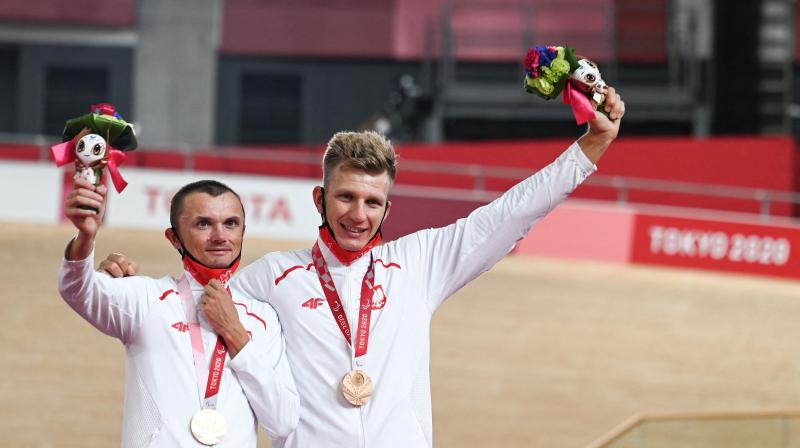 Polak tested positive for the banned endurance-booster EPO in a sample taken in Poland three weeks before the Tokyo Paralympics opened.

He could be stripped of the bronze medal he won in the men's B 4,000 meters individual pursuit on Wednesday  the day the testing laboratory in Warsaw notified the UCI of the positive test.

More of Polak's previously taken samples have also tested positive for EPO, the UCI said of findings reported by the Polish anti-doping agency.

Polak, a former world champion in road and track events, was due to compete Saturday in the men's B 1,000 meters time trial.

FedExCup Playoffs: What do the players make of the staggered scoring at the Tour Championship?