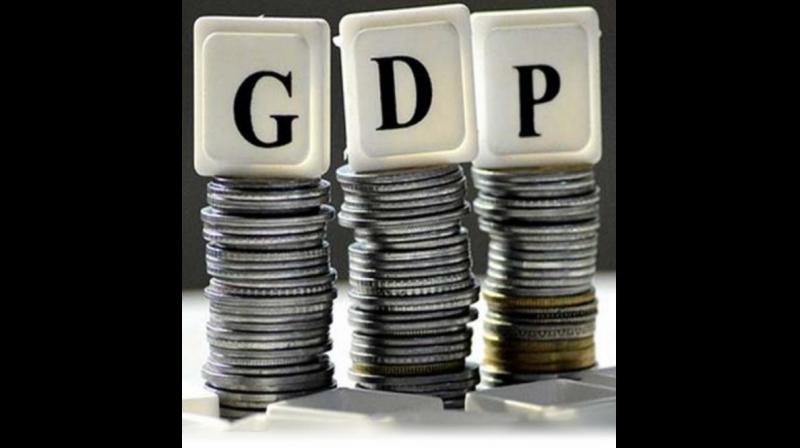 New Delhi: India has a reason to cheer as its economy registered a double-digit growth in the first quarter of the fiscal year 2021-22. India's real gross domestic product (GDP) grew by 20.1 per cent in the April-June quarter of the fiscal year 2021-22, a record and the fastest quarterly growth since the mid-1990s when official quarterly data was available, the government data showed on Tuesday.

Briefing to the media about the GDP numbers, chief economic adviser KV Subramanian said that the data is an indicative of economic recovery. "The economic impact of COVID-19  second-wave is not as large as expected but it was an impact on services but not that much on industry," Subramanian said.

Giving a hope for further economic rebound, he said, "External sector is providing a stable cushion, while forex reserves continue to grow. Despite supply-side restrictions due to pandemic, inflation was much lower than during GFC because of supply-side measures," he added.

Though the GDP numbers grew with low base effect, there are also other significant reasons which suggest a recovery in the economy. Many sectors like retail, auto sales, farm output, construction and exports have picked up since June. Power demand too rose by 0.1 per cent as compared to the previous week, while the labour participation rate inched up to 40.8 per cent from 40 per cent. Besides, stock markets also have been showing a significant growth for last one month too.

However, the data further showed that in the first quarter, the manufacturing sector, rose by 49.6 per cent on year, while the construction sector grew at 68.3 per cent. "The sector of trade, hotels, transport, communication and services related to broadcasting gained 34.3 per cent. Apart from this, the agriculture, forestry and fishing sector grew 4.5 per cent in the first quarter," the data showed.

Asia's third-largest economy suffered one of the biggest hits among major economies as the GDP contracted by 24.4 per cent in the April-June quarter in FY2021 due to a nationwide lockdown to curb the spread of the Coronavirus. It was the steepest quarterly contraction in the economy in independent India's history. However the double digit growth in GDP is in sync with predictions of several polls as well as that of the Reserve Bank of India (RBI). The RBI had projected Q1 GDP to grow by 21.4 per cent.

Meanwhile, ahead of the quarterly GDP numbers, stock markets too boomed a record high, while benchmark BSE index Sensex scaled a fresh high, up by 663 points and Nifty rallied for 7th day to top 17,100 for first time.