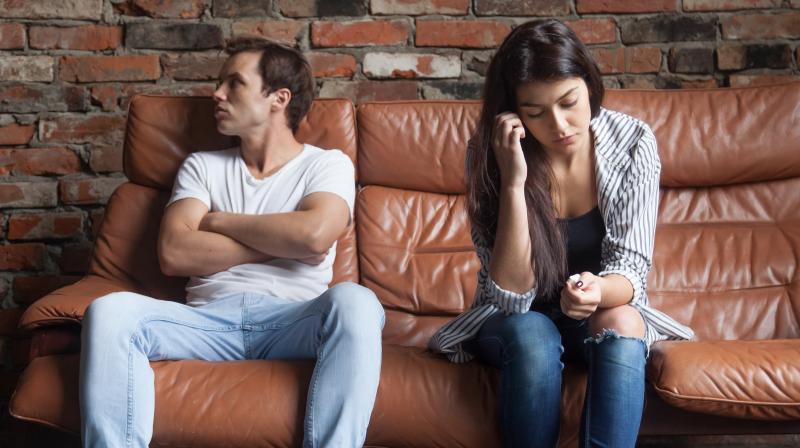 You finally meet someone who seems to be the ‘right one’. Everything seems to be going well. And then, that ‘special person’ is gone. Just like that! Either he/she just vanishes from your life like a ghost, or tells you straight up that he/she can’t do this with you anymore. You don’t understand what has just happened.
Life coach Madhulika Appasani quotes Gary Chapman who says in his book The 5 Love Signs, that all humans have something called an Emotional Tank and they deeply depend on their loved ones to fill this tank. According to her, it’s the ‘extremes’ factor that triggers the partners to run. Giving examples, she says, “If one partner is giving too much space or too little space, or being too chivalrous or showing no interest at all; If one is too opinionated or has no opinions at all; If someone is a people pleaser or is inconsiderate of the feelings of others. It’s the extreme on both ends that makes a partner take a run!”
Madhulika says “It’s important for couples to individually work on themselves and feel secure with themselves. Any fear or insecurities in a person's lives can reflect in overdoing it or undergoing it in the relationship.”

Comfort is an important factor for a woman, along with finances and empathy. “A woman will love a man who gives her emotional support and respect and not treat her like a machine. Over possessiveness and lack of physical intimacy too makes a woman run away from a man,” feels Dr Nisha Khanna, relationship expert. “On the other hand, men want space, trust, physical intimacy and understanding from their female partners. Men in India are not comfortable emoting, and when women ask lots of questions or check phones, it is a big turn off,” she says.

According to Priya Dhandapani, life coach, men always love their moms; they want their wife to be a second mom. “He loves the woman who cares for him like his mother.” She also feels men are attracted to independent, passionate women. “Men don’t like a lazy woman. They always expect their girl to be active. They also don’t like it when their partners are suspicious of them, or tries to control them. They expect their girls to give them space with their friends,” she says.
Similarly, a woman expects to see her father in her man,” says Priya. “Women want care and attention from their partners. They are attracted to men who support their dreams and desires and respects her family too. They don’t like lazy men without goals,” she adds.

First and foremost, a man loves to come home to a happy woman and a woman loves to have a loving man, according to Vaibhav Datar, Mid-life Coach and author of the bestseller Simplify Your Life. “Secondly, any kind of possessiveness makes either of them run away,” he adds. He feels too much attachment stifles a relationship and people look for ways to move away from this. “A man looks for physical attractiveness, and a healthy and fit woman simply because he wants a mother for his children. Similarly, women look for men who are caring and kind and able to support them,” he says.

Holistic Wellness : Create your own Zen Corner in your home!

Beware drug users, your hair can get you caught