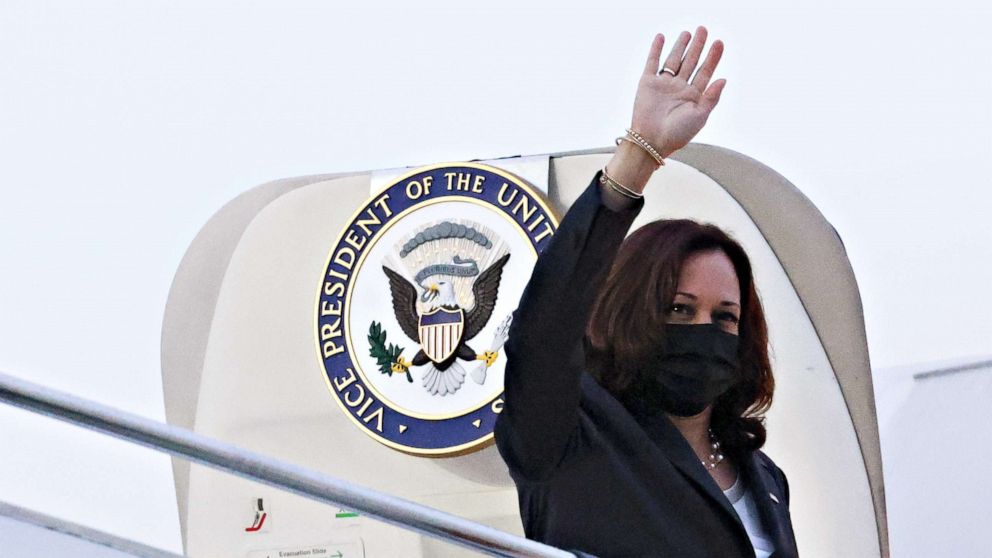 Vice President Kamala Harris’ visit to Vietnam on Tuesday was interrupted by a report of an “anomalous health incident,” the U.S. Embassy in Hanoi said in a statement — the latest case of the mysterious onset of medical symptoms more commonly referred to as “Havana syndrome.”

The source of the unexplained health incidents, which now number over 130 possible cases, remains unknown, vexing U.S. officials amid multiple investigations and task forces by the CIA, State Department and National Security Council, which is leading a government-wide probe.

It’s been nearly five years since State Department, CIA and other personnel at the U.S. Embassy in Havana first reported strange experiences, like feelings of pressure or vibration and a screeching sound and debilitating symptoms, including headaches, nausea, cognitive deficits and trouble with seeing, hearing or balancing. Several officials have been diagnosed with traumatic brain injuries.

Since then, cases have been reported in several other countries, including China, Uzbekistan, Russia, Austria, Germany and the United States, although it’s unclear how many U.S. officials have confirmed medical symptoms.

“While this is not a confirmed case at this point in time, we take any reported incident … quite seriously,” said White House press secretary Jen Psaki, adding that the incident was reported recently and affected one U.S. staffer at the embassy, not a member of the vice president’s team.

“It was an individual who was in country and had been reported previously,” Psaki added, saying a security assessment was conducted and decided that Harris could travel ahead.

The vice president was set to arrive in Hanoi Tuesday during a tour of Southeast Asia, but her departure from Singapore was delayed by over three hours. She arrived several hours later, ignoring reporters’ shouted questions on the tarmac.

“She is well. All is fine,” Harris’s spokesperson Symone Sanders told reporters before her departure from Singapore.

It’s unclear how many health incidents have been reported at the U.S. mission in Vietnam, but it was a single incident that caused concern among Harris’ team and the embassy.

“The Vice President’s office was made aware of a report of a recent possible anomalous health incident in Hanoi, Vietnam. After careful assessment, the decision was made to continue with the Vice President’s trip,” according to the U.S. Embassy’s statement.

The administration has declined to provide more information, including when the incident took place or whether the official was medically evacuated.

A State Department spokesperson told ABC News that the agency is “aware of reports of possible UHIs (unexplained health incidents) in Vietnam” — another term they use internally for “Havana syndrome” cases — but declined to speak to individual cases, including whether anyone was evacuated. But the spokesperson said for Havana syndrome cases, a medevac is not necessarily specialized transportation out of the country, but “a consultation in the United States, or another medical center of excellence, to ascertain the best appropriate care.”

Last week, the State Department confirmed that it was aware of reported cases at the U.S. mission in Germany. Spokesperson Ned Price told reporters that they “vigorously investigate” all “unexplained health incidents and provide “immediate and appropriate attention and care” to employees who report one.

Many U.S. officials have grown frustrated with leadership, during both the Trump and Biden administrations, for a lack of information about reported cases or for not being proactive enough in providing treatment and care.

In his first note to all staff about the issue, Secretary of State Antony Blinken acknowledged the administration “can and will do a better job keeping you informed of our efforts to get answers, support those affected, and protect our people,” according to the note, obtained first by ABC News.

But the lack of information stems in part from how little the U.S. government knows about what was once referred to as “health attacks,” including what is causing them.

Last December, the National Academies of Sciences, Engineering, and Medicine issued a report that concluded that “directed, pulsed radio frequency energy appears to be the most plausible mechanism in explaining these cases, especially in individuals with the distinct early symptoms.”

The CIA, State Department and Pentagon all have their own internal task forces to address cases among their personnel and search for possible clues into the causes. The State Department’s is overseen by Pamela Spratlen, a two-time ambassador, while the CIA assigned a veteran officer critical to the agency’s efforts to find Osama bin Laden to now head its cell.

In addition, the State Department started a pilot program to begin recording baseline medical information of personnel and their adult family members before they move to U.S. diplomatic posts overseas.

Similarly, the CIA has tripled the number of full-time medical personnel focused on the issue, according to its director Bill Burns. He told NPR last month that while the symptoms are “real, and it’s serious,” the agency still has no definitive answers on the cause.

ABC News’ Justin Gomez contributed to this report from the White House.

Congress demands Dalit Bandhu for all beneficiaries across state