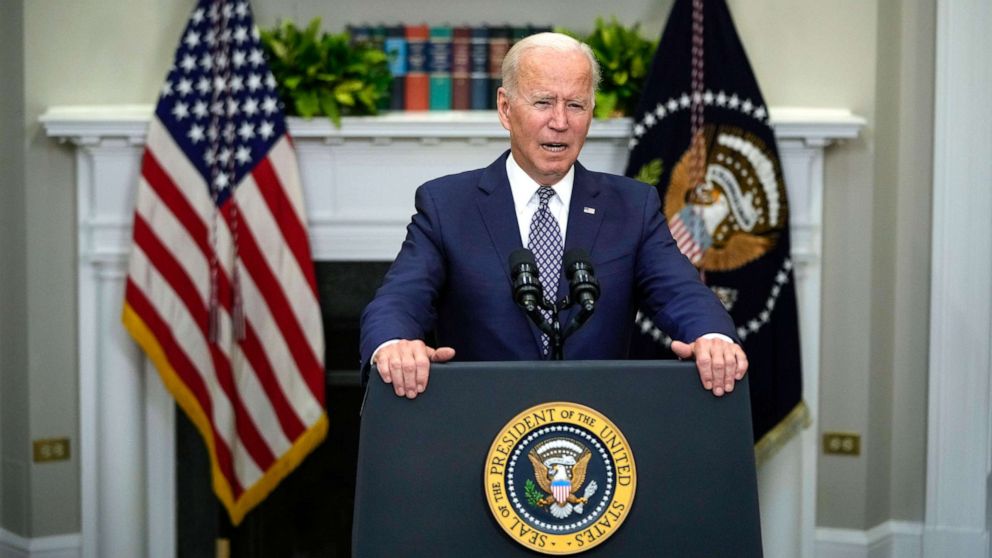 The goal is to get all Americans out of Afghanistan who want out inside a week — without knowing for certain how many are currently there.

The goal is also to keep to a deadline that President Joe Biden himself set — with the Taliban now insisting that the date not change.

As bad as the images and realities were on the ground last week, the next week could be even more damaging to American interests and to perceptions of Biden’s leadership. It’s already been rough: Biden’s decisions to date have brought out second guessing that borders on outright rebellion inside his own party.

The president will probably get little credit for even quite impressive statistics about how many evacuations have already taken place or how the pace can and will be picked up. What happens next — getting Americans and background-checked Afghans out securely and safely, and safeguarding American interests along the way — will be far more consequential.

That leaves the next seven days filled with variables out of the president’s control. The Biden administration will need efficient logistical and bureaucratic functioning as well as the cooperation and partnership of, yes, the Taliban — enough question marks that Biden is calling for “contingency plans” that could make his Aug. 31 deadline slide.

“I’m determined to ensure the completion of this mission,” Biden said Tuesday.

The president acknowledged that risks of terrorist attacks grow the longer U.S. troops are stationed in Afghanistan. It’s a withdrawal Biden owns, though, to its end — something his political friends and foes are already aware of.

New York Gov. Kathy Hochul laid out her priorities in her first speech as the leader of the Empire State Tuesday

Hochul told New Yorkers in virtual remarks that her focus will be on combatting the delta variant of COVID-19, getting pandemic-related aid to state residents more quickly, and changing the culture of Albany are at the top of her to do list.

She announced plans to require vaccines for education workers with an option to test weekly, to launch a back-to-school testing initiative as students prepare to return to the classroom and to coordinate vaccination boosters for state residents eight months after their second shot. She is also pushing for rental relief to be distributed faster to keep struggling New Yorkers in their homes, after a court decision last week opened the door for many eviction cases to proceed.

Hochul has also promised a clean sweep in Albany. She’s starting with a plan aimed to address sexual harassment, a clear nod to how she ascended to her role after the resignation of former Gov. Andrew Cuomo.

“I’m directing an overhaul of state government policies on sexual harassment and ethics. Starting with requiring that all training be done live instead of allowing people to click their way through a class,” she said.

Hochul has spoken to New York City Mayor Bill de Blasio, a direct contrast to her predecessor who had an icy relationship with the leader of the nation’s largest city. She’s also spoken with the president. Hochul is just beginning her more than a year-long tryout for the office she plans to run for in 2022.

As his state deals with a heavy case load, Florida Gov. Ron DeSantis has opposed vaccine mandates, even though he has endorsed getting the vaccine itself.

Meanwhile some politicians opposing vaccine mandates may be moving the goalposts in the wake of the Food and Drug Administration’s full approval of the Pfizer COVID-19 vaccine.

Wisconsin’s Sen. Ron Johnson wrote on Sunday that he sees “no need to rush the FDA approval process for any of the three COVID-19 vaccines. Expediting the process appears to only serve the political purpose of imposing and enforcing vaccine mandates.”

Johnson previously said that he supported Operation Warp Speed, the federal program that facilitated the rapid vaccine development under the Trump administration — although he has also been vocal about vaccine side effects.

ABC News’ “Start Here” podcast. Wednesday morning’s episode features a U.S. military contractor on his fight to help Afghans out of the country as President Joe Biden holds firm on the Aug. 31 withdrawal deadline. Then, ABC News’ Benjamin Siegel reports on the standoff between House Democrats over Biden’s infrastructure plans. And, Dr. Simone Wildes has advice on why pregnant women should be getting the COVID vaccine. http://apple.co/2HPocUL

Bandi sustains injury to his right toe on way to Golconda