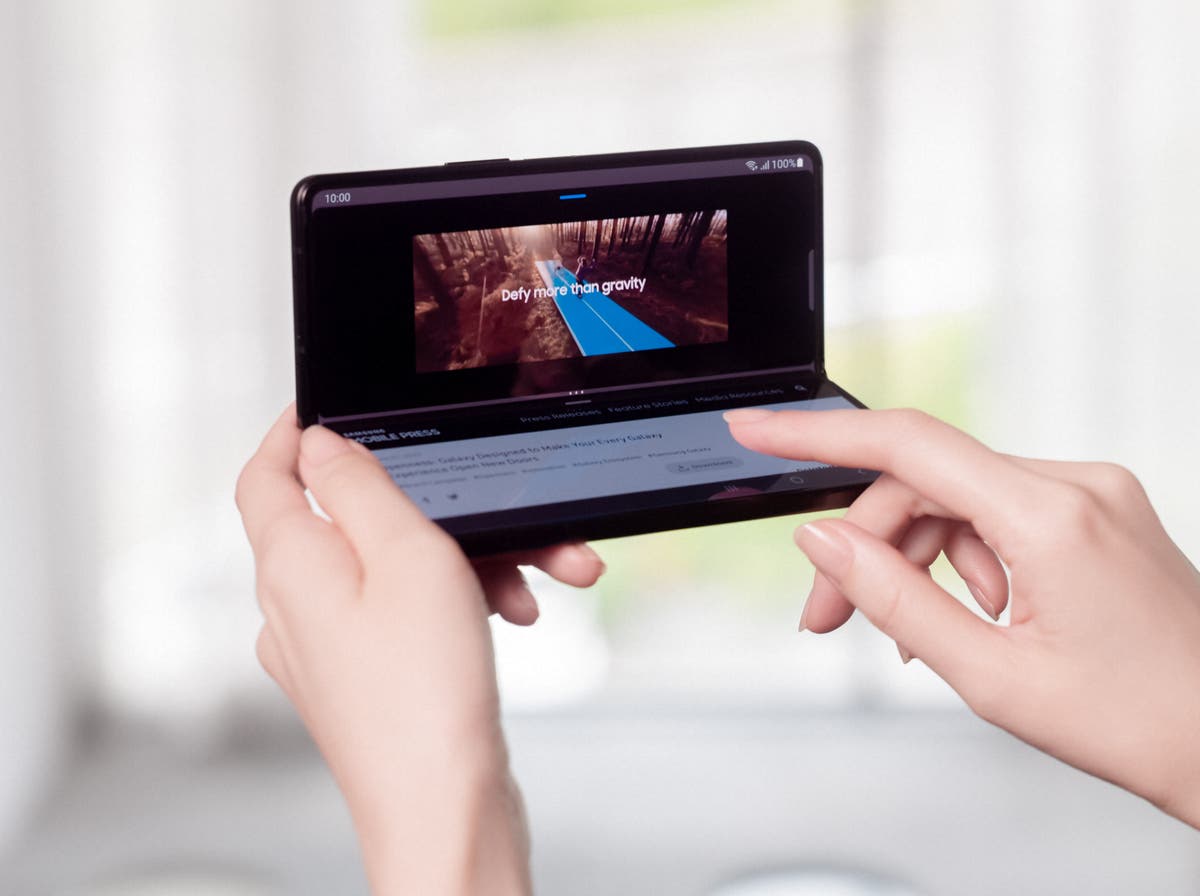 The new book-like foldable launched alongside the clamshell Galaxy Z Flip 3 and its Galaxy Watch 4, which is running a new operating system Samsung has collaborated with Google to build.

The Galaxy Z Fold 3 has a 6.2-inch 2268-by-832-pixel display on the outside, with a larger 7.6-inch 2208-by-1768-pixel screen on the inside. This is the first foldable device that works with Samsung’s S-Pen stylus, for easier drawing and note-taking on the device. Samsung also claims that it is nearly one third brighter than its predecessor, and consumes less energy too.

At its narrowest the phone is 14.4mm wide and 16mm at its thickest, approximately twice as thick as the Note 20 Ultra, at 8.10mm.

There are three different camera setups on the Galazy Z Fold 3: one on the back, a three-lens setup made up of a f/2.4 telephoto, an f/2.2 wide-angle, and an f/1.8 ultra-wide lens, each with a 12MP resolution. On the front of the phone is a 10MP f/2.2 selfie camera, and another under-display camera when the device is opened that has a 4MP f/1.8 lens.

That internal camera is also covered by a layer of light diodes that change based on what is on the main screen in an attempt to make it less visible, and is focused on video calls rather than dedicated photo taking.

Inside is 12GB of RAM, and storage starts at 256GB. There is also a 4400mAh battery, and although Samsung did not provide a battery life in hours, the company claims that it should last ‘all day’.

The device is running Android 11, and Samsung says that users will get “enhanced Flex mode features”, which mostly includes opening an app on one side of the device while checking another on the other side. Users can also create shortcuts and reopen apps simultaneously, if they have a particular pairing they prefer.

Samsung says that as time goes on, more developers will be encouraged to design dual-screen experiences for their apps – something that is certainly in Google’s interest amid rumours of its own foldable.

Samsung’s claims that 100 apps have been optimised for dual-screen use, something that the vast majority of Z Fold users (76 per cent, according to Conor Pierce, Corporate VP at Samsung UK) prioritise when using foldable devices. This also comes as, according to Samsung, people use the internet on their smartphones four times as much as on computers – a figure that has no doubt increased with in the pandemic.

Samsung has given this device an IPX8 water rating, which means it can be submerged in water deeper up to 1.5 meters for 30 minutes, as well as a new chassis too. Its Gorilla Glass Victus housing protects against scratches on the outside while a stretchable Polyethylene terephthalate plastic layer over the internal screen should mean that, if it is dropped, it should survive; Samsung did say, however, that there is a risk of piercing if the Galaxy Z Fold 3 is dropped directly on something, but such a case is unlikely.

As opposed to potential Z Flip buyers, Pierce told The Independent that Z Fold buyers spend more on technology, and are more likely to swap operating systems in order to get new hardware or software features. Since the death of Windows Phone the only major competitor to Android is Apple – and iPhones are generally more expensive than most Android phones.

As such, it seems that Samsung is hoping that by getting ahead in the market and offering new features, they can siphon off Apple users into the Android ecosystem and keep them there with Android services once they have left.

Pierce told The Independent that people spending money on phones over £1000 is increasing, but adds that it wants to make foldable phones mainstream; in doing that, it appears that Samsung’s tactic is to keep the Z Fold 3 premium in order to maintain the high-end market while keeping the price of the Z Flip under £1000 to try and attract the average user.