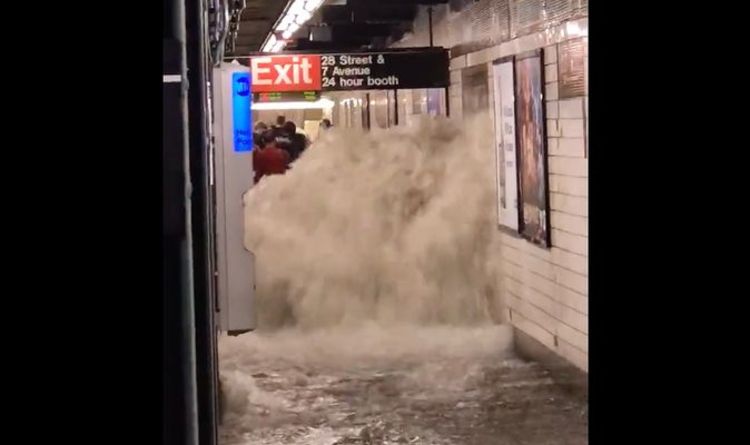 Almost all of New York City subway lines were suspended as the remnants of Tropical Storm Ida brought severe downpours of rain and tornadoes to parts of the northern mid-Atlantic, CNN reported earlier. All non-emergency vehicles have been banned from New York City’s streets until 5 am local time (9am GMT) today due to the weather, city authorities said on Twitter. And at least five flash-flood emergencies were issued yesterday evening by the National Weather Service, stretching from just west of Philadelphia through northern New Jersey.

“We’re enduring an historic weather event tonight with record breaking rain across the city, brutal flooding and dangerous conditions on our roads.”

The Mayor also encouraged people to stay inside to protect themselves from the flooding.

He said: “Please stay off the streets tonight and let our first responders and emergency services get their work done. 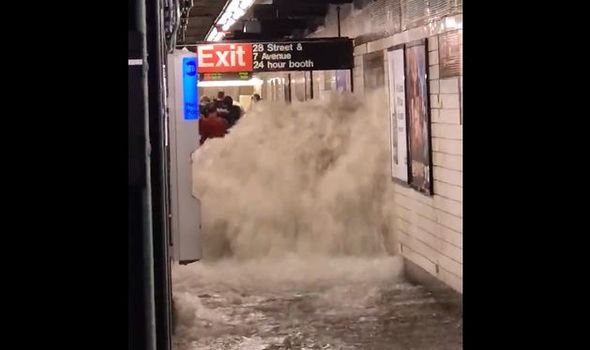 Mr de Blasio also said about 5,300 customers were without power.

Dr Lucky Tran, a public health expert, shared shocking images of water cascading into the NYC subway like a waterfall.

A third person shared footage from one of the city’s major airports – with the bottom floor completely submerged.

They said: “Terminal B of Newark, one of the major airports serving NYC/NJ, looks like a giant swimming pool.” 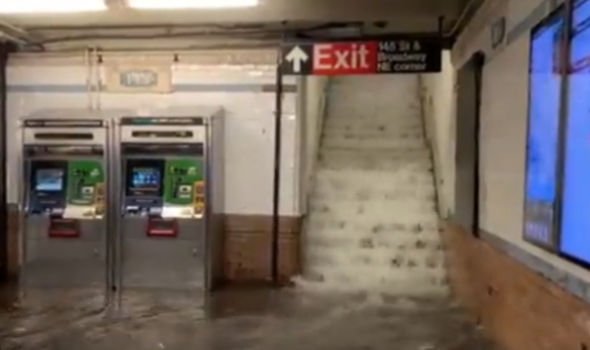 Another video was shared online showing the inside of a moving bus completely flooded.

All subway services in New York city were later suspended due to severe flooding.

New Jersey also declared an emergency and has reported at least one death.

The powerful hurricane pounded southern Louisiana, with reconnaissance flights later revealing entire communities had been devastated by wind and floods.

Tornadoes created by the storm also ripped through parts of Pennsylvania and New Jersey, images on social media showed.

It added it had resumed “limited flight operations” just before midnight after all flight activity was suspended yesterday.

Subway service in New York City was “extremely limited” due to the flooding, the Metropolitan Transit Authority said.

First responders also evacuated people from the subway system, the acting chair and CEO of the Metropolitan Transportation Authority (MTA), Janno Lieber, said in a statement.