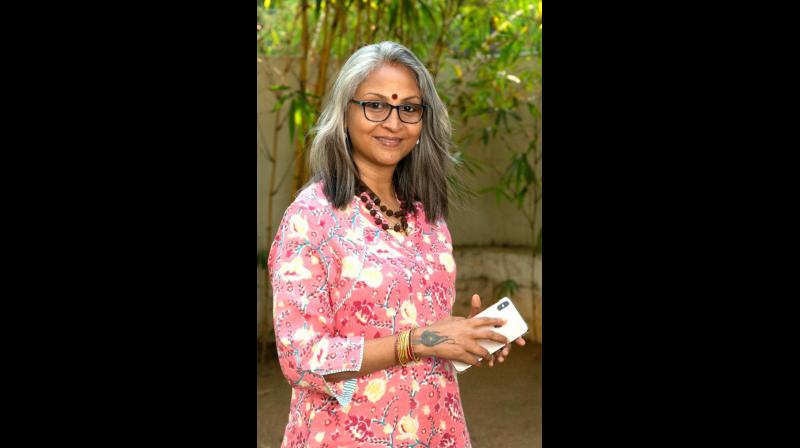 Indian cinema and artistes have been breaking new ground, standing tall on their talents internationally. Taking it a notch higher is Hyderabad-based Sunitha Tati, the founder of Guru Films, a media company in film and television production, animation, publishing and digital media.

Sunitha, incidentally, is also the producer of the critically acclaimed and commercially successful 2019-film, Oh! Baby. Now, Sunitha’s next, an English language international film Arrangements of Love, is selected in the International Financing Forum (IFF) at the prestigious Toronto International Film Festival (TIFF) 2021. Incidentally, Arrangements of Love is the sole Asian film selected among 41 films from across the world in the IFF.
The IFF is an Ontario Creates feature-film co-financing/co-production event at the TIFF which brings together selected international and Canadian producers with international sales agents, US distributors, agents, equity financiers and executive producers for brokered meetings and exclusive networking opportunities.

Elaborating on the film and her excitement post the announcement, Sunitha, a graduate of George Mason University and New York University, says, “We had unofficially known about it for some time now, but the official announcement was on Monday night. I am very grateful; it’s a huge support for us. For me, every step matters and this is one step ahead towards my goal. This selection also increases my responsibility as a producer.”

Adapted from the novelist Timeri N. Murari’s bestselling novel, The Arrangements of Love, the film will be directed by BAFTA-winning writer–director Philip John who is well-known for making Outlander and Downton Abbey.
Arrangements of Love is a story that revolves around a Welsh–Indian man on his conquest to find his estranged father with an impromptu visit to his homeland. The story follows the tranquillity of love and the journey of an unencumbered man in search for the warmth of family. Co-written by Philip John and the British National Television Award recipient Nimmi Harasgama, the film is to be shot in India and Wales.
Sunitha informs us that while the shooting for the movie will start in February 2022, the director of the movie is set to do a recce in November 2021. “Chennai will be the heart and character of the movie,” adds Sunitha.

Speaking to us about her initial days as a producer and what inspired her to take up the challenging role, she takes us back to her days in Vijayawada, Andhra Pradesh, where she was born. “The sole source of entertainment was movie theatres back then, and I’ve a complete movie buff, so when my family and I migrated to the US in the late 1980s, I took my love for movies with me and I came back to India 2004 with a dream to tell stories through movies,” says Sunitha. “I am a small-town girl with big dreams so when I was planning to return to India, I decided to settle in Hyderabad as it was perfect for me personally and professionally.”

Sunitha found her inspiration and a mentor in veteran Tollywood producer Suresh Babu, having almost 21 years of working association with him. “When I decided to don the producer’s hat, he taught me how things work in the Indian movie industry — there’s a clear difference between a director and producer’s role — but as I wanted to tell my stories, I became a very hands-on creative producer,” she says.

Having also worked with names like TV9 and Radio Mirchi, Sunitha has yet done six films, a journey she considers very interesting. For starters, most of her films are not hero-centric. “So, getting the finances sometimes becomes a challenge, making the process of filmmaking a painful one. But on the other hand, it also helps me to become a better maker. I believe it is important to get one’s hands dirty in that one needs to be involved in all the filmmaking processes — understand what’s important as a storyteller without getting lost in the flow,” says Sunitha, who believes that once you understand your weakness, you must work around it.

Through all her hard work, perseverance, resilience and triumphs, not many people know that she has survived cancer twice (once in her breast and the other once in her ovary). But ever the optimist, seeking positive ideas to overcome challenges, Sunitha has found her strength from within and around her.

“I strongly believe in alternative medicines like Ayurveda,” she tells us, adding that she’s even putting together a book for kids, called Ayurveda Chronicle, with the help of an author from California. “Apart from that, I often take sessions and talk about cancer and well-being.”
Interestingly, her aim is to take Indian mythology-based movies to experiences like the Marvel Cinematic Universe. “I love sci-fi movies and it is my dream to make movies based on Indian mythology in Marvel style for the world to know our culture and heritage. I am working on seven graphic novels on similar lines as I feel it is better to put them down in story format first before going ahead with film making. They will be out soon,” she says, signing off.

Banaras in a book