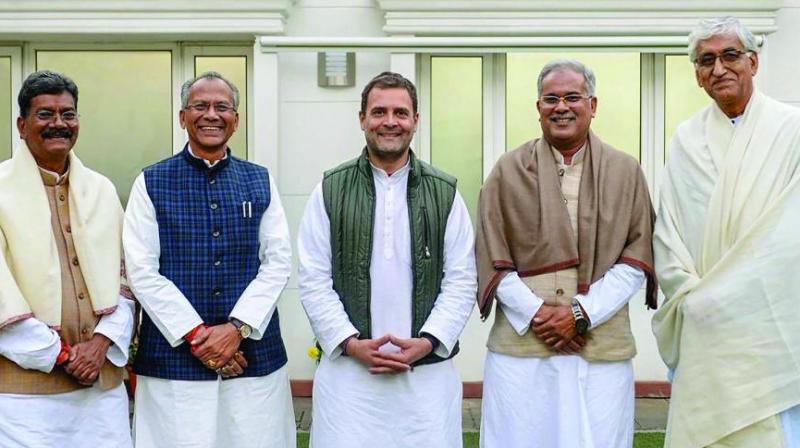 Raipur: Chhattisgarh health minister T.S. Singh Deo on Sunday raked up the contentious “chief minister rotation” issue that has threatened to trigger a crisis in the Bhupesh Baghel government, indicating that he was not ready to allow it to be swept under the carpet.

Opening up on the issue for the first time since it cropped up a month ago, Mr Deo said: “The issue was an internal matter of the Congress. But the matter is now being discussed in public since it leaked to the media. The party high command will take a call on it very soon.”

Speaking to reporters here after returning from New Delhi, Mr Deo said: “The party high command has discussed the issue with the concerned parties and a decision (on a change of leadership in the state) will be taken very soon.”

Incidentally, chief minister Bhupesh Baghel had earlier categorically denied that there was any formula to rotate the chief ministership for two and half years each between him and Mr Deo, as claimed by the latter, during the formation of the Congress government after the party romped home in Chhattisgarh in the 2018 Assembly polls.

“It is a conspiracy to destabilise my government by spreading such a rumour”, Mr Baghel had earlier told reporters here.

AICC general secretary in charge of Chhattisgarh P.L. Punia has also “clarified” that there was no “rotation chief minister” formula.

Mr Deo said the Congress MLAs who visited New Delhi recently also expressed their views on the issue before the AICC leaders. “There should be a permanent resolution to the issue”, he observed.

Asked to comment on the visit of more than 50 Congress MLAs to New Delhi amid the crisis in the party, Mr Deo said: “Around 90 per cent of them told the AICC leadership that they would abide by the decision taken by the party high command on the matter.”

Mr Deo said he had a free and frank discussion with the high command on the issue during his recent visit to New Delhi. “The party high command has taken note of it”, he added.

Asked if he saw himself as a prospective chief minister, Mr Deo quipped: “If anything is permanent, that is change”.

Mr Deo’s statement, incidentally, comes a day after the chief minister exuded confidence that he would continue in office by holding a “victory rally” here on his return from Delhi on Saturday.

Afghanistan could get worse for Biden as deadline softens: The Note