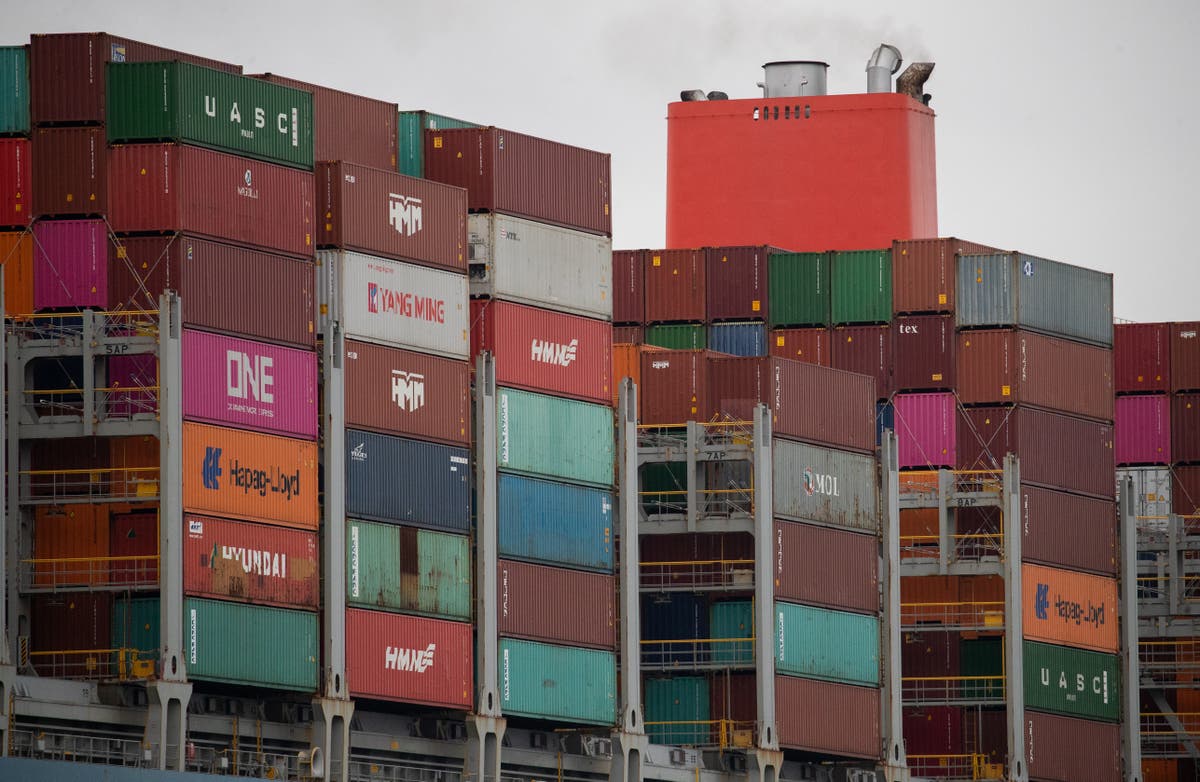 UK food and drink exports to the European Union have plummeted by £2bn in the past year as Brexit frustrates key supply chains.

Exports to Germany, Spain and Italy were all down by more than a third in the past year, according to new analysis from the Food and Drink Federation.

The impact of the Covid-19 pandemic and the increased barriers to trade due to the UK leaving the European Union are driving the fall.

Imports from the EU also shrank by 11.2 per cent (or nearly £1.7bn) in a year, according to the analysis, which compared the first six months of this year with the same six months in 2020.

This meant less pork, cheese, and chicken was imported from EU countries last year and the products all saw a reduction of just under 20 per cent.

Industry experts predict that there will continue to be a fall in the amount of French beef, German cheese, and other products on supermarket shelves in 2022, after the UK’s full border controls are put in place.

The shrinking market with the European Union was supplemented by a growing reliance on China, Singapore, Australia and Japan.

Dominic Goudie, head of international trade at the Food and Drink Federation, said: “The return to growth in exports to non-EU markets is welcome news, but it doesn’t make up for the disastrous loss of £2bn in sales to the EU.

“It clearly demonstrates the serious difficulties manufactures in our industry continue to face and the urgent need for additional specialist support.”

Mr Goudie pointed to competing crises in the sector, saying: “At the same time, we are seeing labour shortages across the UK’s farm-to-fork food and drink supply chain, resulting in empty spaces on UK shop shelves, disruptions to deliveries and decreased production.”

He warned: “Unless steps are taken to address these issues, the ability of businesses to fulfil vital export orders will be impacted.”

John Whitehead, of the Food and Drink Exporters Association, said: “So many factors continue to impact on the drop in value of UK food and drink exports, with supply chain challenges and the inability to connect face-to-face with customers adding to the difficulties.

“It is therefore pleasing to see growth in sales to non-EU countries. However, this in no way replaces the loss of £2.2bn sales to the EU since 2019.”

Mr Whitehead blamed the “complexity of trading with the EU” for pushing businesses to move their operations into Europe and for importers looking for alternative suppliers.

Sales of UK food and drink to non-EU countries were up by 13 per cent compared to the same six months last year. This surge was driven by a return to growth in China, Singapore, Australia, Japan and the Gulf Region.

A UK government spokesperson said: “Given the impact of the global pandemic, which has affected trade and depressed demand, it is still too early to draw any firm conclusions on the long-term impacts of our new trading relationship with the EU.

“Overall exports to the EU have increased throughout the year, with the latest monthly trade stats for June showing another rise.”