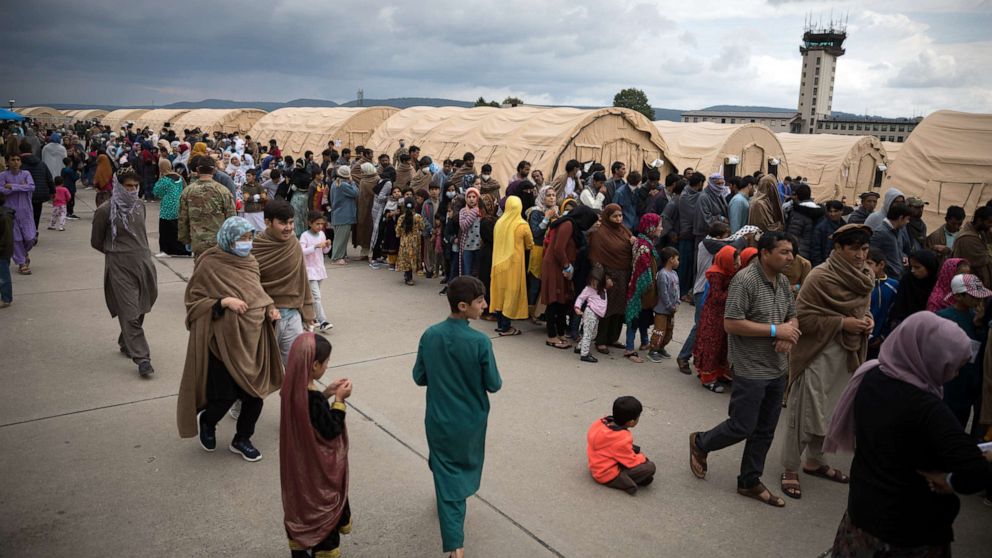 LONDON — At one minute before midnight local time on Aug. 31, the last U.S. servicemember was withdrawn from Afghanistan. It marked the end to almost two decades of war and a frantic and heavily criticized evacuation effort prompted by the Taliban rapidly recapturing the country.

The effort, marred by a deadly terror attack, brought 123,000 people, including 5,500 U.S. citizens out of the country since the middle of August in what American officials have described as one of the largest, most complex evacuations in history.

But other countries played a role in getting large numbers of people out of Afghanistan, including those in the region, Europe and Asia. Their flights evacuated tens of thousands, including some U.S. citizens, according to officials and reports, even as thousands more who were hoping to leave the country were left behind — risking a refugee crisis in the region and beyond amid deep humanitarian need.

Here is a look at some of those efforts:

The U.S. did not work alone in overseeing the mass evacuation. As of Aug. 30, Qatar and the United Arab Emirates said they had facilitated the evacuation of 40,000 and 36,500 respectively, with a massive security operation that other countries were able to tap into.

Among those evacuated were citizens and allies of NATO members, as well as other countries who had citizens in Afghanistan, with the Aug. 31 deadline looming and the Taliban indicating that any extension to U.S. troop presence in the country would be considered a “red line.” An estimated 17,000 were flown out as part of the British evacuation effort, codenamed Operation Pitting, from the beginning of the Taliban offensive to Aug. 31. Some 5,000 of those were British nationals, the U.K. Ministry of Defense told ABC News.

Between 100 and 200 U.K. nationals are estimated to have been left behind, and on Wednesday a spokesperson for the prime minister’s office confirmed to ABC News that an envoy had been dispatched to Qatar to speak with Taliban officials about the safe passage of those still in the country, even as the Taliban are now in control of the airport.

On Saturday, French President Emmanuel Macron announced the country had evacuated 2,834 people from Afghanistan. The military estimate that a “few dozen” French nationals were left behind.

Germany successfully evacuated 5,300 people including more than 530 German nationals and approximately 4,400 Afghans, according to the foreign ministry and Italy’s foreign minister said the country has taken on the largest number of Afghan evacuees in the European Union, with close to 5,000 Afghan citizens arriving in the country, according to Agence France-Presse.

Canada, another key U.S. partner, evacuated around 3,700 people citizens and Afghans, while the Netherlands, Denmark, Belgium and Sweden all evacuated around or just above 1,000, according to Reuters.

In Eastern Europe, hundreds of Afghans have arrived in Kosovo, Albania, North Macedonia, many of whom are being housed temporarily at U.S. request and expected to travel on to America, according to local media reports. Russia evacuated some its own citizens, as well as those of its former Soviet allies from Afghanistan last week, according to Russia’s defense minister.

Japan evacuated one national and 15 Afghans, but around 500 people who sought evacuation were left behind after the suicide bombing at Kabul airport led to a reluctance to continue, according to Kyodo News.

In addition to the air evacuations, many Afghans have sought asylum across Afghanistan’s land borders, particularly as the airport became increasingly difficult to get to. Tens of thousands of people have crossed at two major border crossings – Spin Boldak in the south and Torkham in the north. The border, however, is closed to refugees, local officials have said.

Prior to the Taliban offensive, Iran officially had a population of 780,000 Afghan refugees, although it is estimated that a further 2 million may be living in the country without documentation, according to the UNHCR.

However the government, after initially indicating it may be receptive to the idea of accepting new Afghan refugees, has now adopted a policy of not letting Afghans in through one of the country’s main land borders, Iranian state-affiliated media reports.

Bordering Tajikistan and Uzbekistan are both dealing with an influx on Afghans, though so the numbers are estimated in the low thousands. They are reportedly expected to be flown onward to third countries.

And according to media reports, Turkey has been reinforcing its eastern border as it anticipates a wave of migration from Afghanistan, with the country having evacuated 1,400 people, 1,000 of whom were Turkish nationals, per a Reuters tally.

The evacuation efforts are unlikely to be the last the world sees in terms of the mass movement of people from the country. Last week the U.N. estimated around 500,000 new refugees in the region seeking to leave the country as a “worst case scenario.” The EU is reportedly drafting a package of more than $700 million worth of aid to Afghanistan’s neighbors amid fears of a repeat of the migrant crisis following the Syrian civil war, according to the Financial Times.

And even with the U.S. led evacuation efforts wrapped up, there is growing pressure from the international community for the Taliban to continue to allow Afghans to leave the country, with many foreign nationals as well as tens of thousands of Afghans who helped during the U.S.’s longest war facing an unknown fate under the new regime.