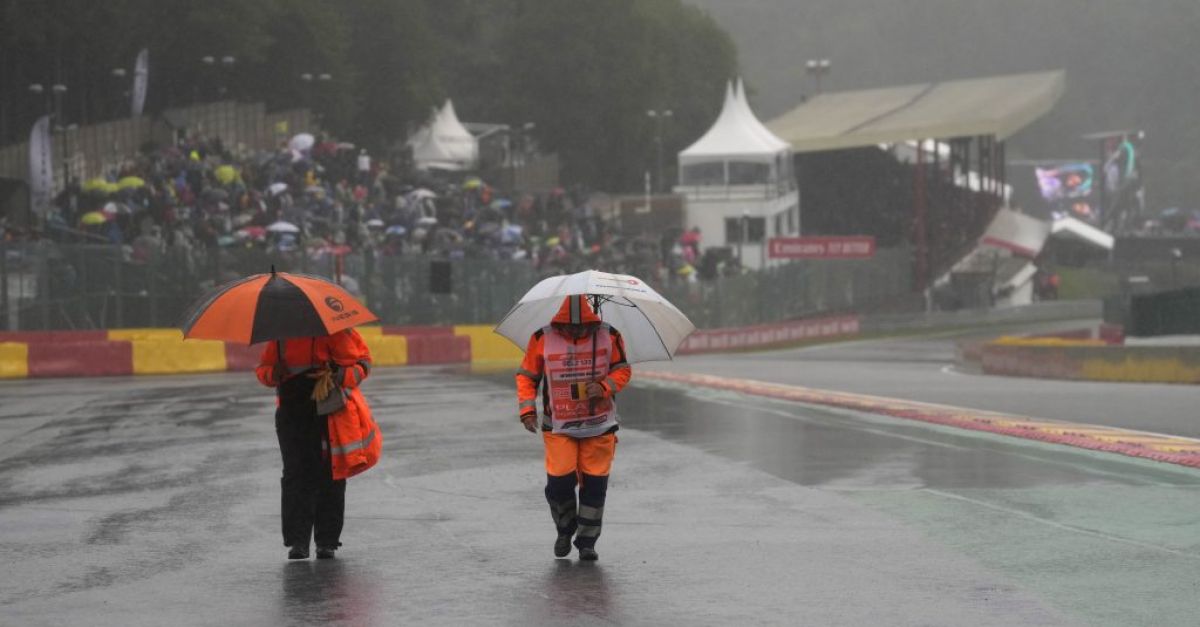 Formula One bosses are looking into options where they can express recognition and thank the dedication of ticket holders following Sunday’s abandoned Belgian Grand Prix.

The rain-hit Spa-Francorchamps event lasted only two laps behind the safety car, with Max Verstappen declared the winner ahead of George Russell and Lewis Hamilton as drivers were awarded half points.

FIA race director Michael Masi determined the track was unsafe – with the grid in agreement – but F1 bosses were criticised for their handling of the race with Hamilton calling on the 75,000 spectators to be refunded after they stood in rain for almost four hours.

A statement on Wednesday read: “Following the impact of the weather on the Belgium Grand Prix on Sunday 29th August, Formula 1 and the promoter are working through various options for ticket holders, to express our recognition and thanks to them for their dedication and commitment.

“We will provide further details as soon as possible as we want to thank the fans for their continued support and passion for Formula 1.”

A final announcement is set to occur over the next week but is unlikely to be determined before this weekend’s Dutch Grand Prix, the PA news agency understands.

F1 are understood to be eager to do what is right and proper regarding the fans, after the two laps completed on Sunday ensured a classified result was recorded, which Hamilton suggested was motivated by finances.

The seven-time world champion had said of the shortest race in the sport’s 71-year history: “The sport made a bad choice today (Sunday).

“Money talks and the two laps was literally a money scenario. Between the two hours when they stopped the race and started it again, there was no change in the weather.

“But I know why they did it. There is a rule that says for it to be a legal race there has to be a minimum of two laps. They knew that and they sent us out for two laps behind a safety car.

“That activates a bunch of things and I don’t know the politics in the background.

“But my concern is that the fans should get their money back. I don’t know if us doing those two laps means they don’t. We should have better values in the sport.”

The 13th round of the championship rolls into Zandvoort this weekend with Hamilton holding the lead ahead of home favourite Verstappen by three points.

Chelsea charged by FA for failing to control their players

Afghan Hossain Rasouli gets his chance in the Paralympics