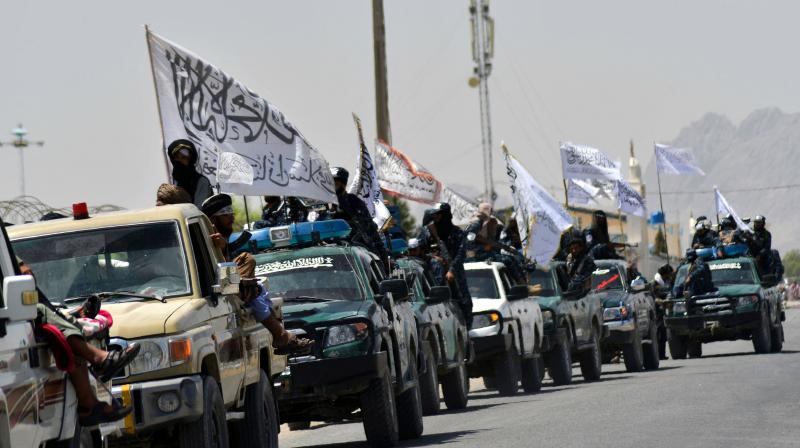 Peshawar: The Taliban are all set to announce the formation of a new government in Kabul on the lines of the Iranian leadership, with the group’s top religious leader Mullah Hebatullah Akhundzada as Afghanistan’s supreme authority, a senior member of the group has said.

“Consultations are almost finalised on the new government, and the necessary discussions have also been held about the cabinet,” Mufti Inamullah Samangani, a senior official in the Taliban’s information and culture commission, said.

He said the group is all set to announce the formation of the new government in Kabul in the next three days. In the new set-up, 60-year-old Mullah Akhundzada will be the Supreme Leader of the Taliban government, which will follow the Iranian leadership pattern.

In Iran, the supreme leader is the highest political and religious authority of the country. He ranks above the president and appoints the heads of the military, the government, and the judiciary.

The supreme leader has final say in the political, religious and military affairs of the country. “Mullah Akhunzada will be the leader of the government and there should be no question on this,” he said, indicating that the president will work under his oversight. Mullah Akhunzada is the top religious leader of the Taliban and has been serving at a mosque in Balochistan province for 15 years.

The Taliban has already appointed governors, police chiefs and police commanders for provinces and districts. The name of the new governance system, the national flag and the national anthem are yet to be finalised, he said.

Sher Mohammad Abbas Stanikzai, deputy leader of the Taliban political office in Doha, said that women and members from all tribes will be part of the new government.  set-up. "Any person who was part of any former Afghanistan governments during the last 20 years will not be included in the new Taliban administration," he said. He said that Mullah Akhunzada will monitor the government from Kandahar, the stronghold of the Taliban movement. The Taliban want to have friendly relations with the European Union, the US and India, and members of the Taliban political office in Doha are in close contact with different foreign countries, he said. The Hamid Karzai International Airport in Kabul will be functional in next 48 hours and people with valid travel documents will be allowed to leave the country, Stanakzai said, adding that it will cost USD 25-30 million to renovate the airport.

US, Afghan officials: At least 72 killed in airport attack