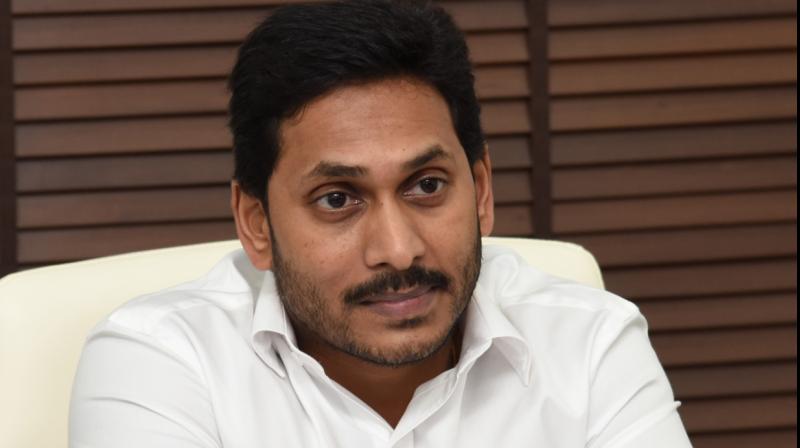 Vijayawada: The schools decked up along with Jagananna Vidya Kanuka kits and the launch of the second phase of Mana Badi Nadu Nedu during the month, as also the setting up of the state Human Rights Commission at Kurnool, have all boosted the spirits in Andhra Pradesh during the month of August.

This apart, the felicitation for Olympians and the state turning green with Paccha Thoranam (green buntings) and the arrival of investment apart from the visit of British diplomats and other dignitaries were the highlights of the month.

The month has also seen the completion of Nadu Nedu’s first phase, Mana Badi, and Chief Minister Jaganmohan Reddy inaugurating the Zilla Parishad High School at P Gannavaram in East Godavari district. This meant a revamp of the programme in the first phase. The distribution of the Jagananna Vidya Kanuka kits saw an addition of an English-Telugu dictionary to its normal contents.

The month was also marked by the inauguration of works for the second phase of Mana Badi. A total of 15,715 schools were spruced up in the first phase at a cost of Rs 3,669 crore. The remaining educational institutions will be revamped in the next two phases. Vidya Deevena kits costing Rs 731 crore were distributed to 47.32 lakh students on the day the schools reopened.

A proud moment for the state was when ace shuttler PV Sindhu came to town flashing the Bronze medal she won at the Tokyo 2020 Olympics. She was felicitated by the chief minister and a cheque of Rs 30 lakh was presented to her. She was also given land in Visakhapatnam for starting a Badminton Academy.

E Rajani who was the reserve goalkeeper of the Indian Women’s Hockey team that played in Tokyo Olympics was also felicitated by the CM. A cheque of Rs 25 lakh was given to her, besides other incentives.

The month has also seen the process of Lok Ayukta and State Human Rights Commission (SHRC) moving their headquarters to Kurnool.

On the investments front, Century Plyboards India Ltd has come in to invest Rs 1,000 crore by setting up a factory at Budvel, which will provide employment to nearly 9,000 persons.

The British deputy high commissioner for Andhra Pradesh and Telangana, Dr Andrew Fleming along with the head of British trade and investment, Varun Mali, met the chief minister and expressed interest in investing in the fields of health, energy, electric vehicles, agricultural technology and climate change.

On the welfare front, the chief minister has credited Rs 666.84 crore to the accounts of over 7 lakh AgriGold victims who deposited up to Rs 20,000. For the third consecutive year, Rs 192 core was deposited under the YSR Netanna Nestham benefiting 80,032 handloom weavers.

In the 75th Independence Day speech, the chief minister said the decisions taken by the YSRC government in the last 26 months have changed the course of the state's history, paving the way for ushering in a better society.

The Chief Minister spent a brief holiday at Shimla with his family to celebrate the silver jubilee of his wedding.