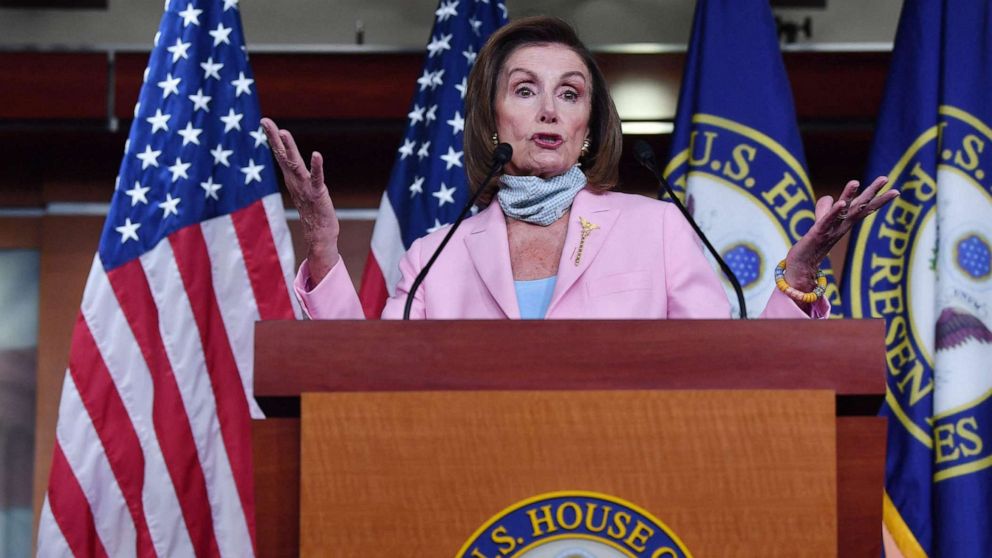 House Speaker Nancy Pelosi on Wednesday sharply criticized two House members for taking an unauthorized trip to Afghanistan, and the Pentagon said their unexpected visit took time away from its urgent military mission at the Kabul airport.

Rep. Peter Meijer, a Michigan Republican, and Rep. Seth Moulton, a Massachusetts Democrat — both Iraq War veterans — said they traveled to Kabul on Tuesday to review the situation at the Hamid Karzai International Airport — and have since defended the trip amid criticism that they distracted from the evacuation effort.

“We had to know what was going on on the ground in Kabul. And we have not had information we need from the administration and realized that we were being lied to up and down and we needed to see for ourselves,” Meijer said on Fox News, his first on-camera comments on the matter.

“We were not planning to go there and to be dependent on the U.S. Military. Our plan was entirely independent of that. We did make ourselves known on arrival for situational awareness to the individuals who were there,” Meijer said.

Meijer said he and Moulton did not take a military plane on the way there but did on the way back after a recommendation from officials on the ground. Meijer insisted they did not take seats from anyone else who may have needed them.

“We did fly in a military plane on the way out at the encouragement of individuals who were there. We waited for a plane that had open seats to make sure that we didn’t take away anything from individuals who needed it, and actually went several hours out of our way,” he said.

Meijer also accused the White House, Pentagon and State Department officials of obstructing the situation on the ground and hiding facts from the American people.

Pelosi on Wednesday chastised the two and warned other lawmakers not to travel to the war-torn region.

“There’s a real concern about members being in the region,” Pelosi said at a Capitol Hill press conference Wednesday. “This is deadly serious. We do not want members to go.”

Their trip, first reported by The Washington Post, prompted a letter to lawmakers from Pelosi on Tuesday evening, telling lawmakers not to travel to Kabul because it would distract from the ongoing evacuation and take up resources and that the Pentagon and State Department are adamantly against any external visitors.

Pelosi said at Wednesday’s press conference there was an “opportunity cost” of protecting the two congressmen in the region.

“It’s not just about them going to Afghanistan, but in going to the region, because there’s a call on our resources diplomatically, politically, militarily in the region as well, so this is deadly serious,” she said. “The point is, is that we don’t want anybody to think this was a good idea and that they should try to follow suit.”

While Pelosi said she has not spoken to either Meijer or Moulton since they returned, she noted that trips like this would require the approval of committee chairs — and it was not approved by the Democratic side.

“We put out the word to committee chairs, there ain’t going to be no planes or this or that for people going to the region,” Pelosi said.

House Minority Leader Kevin McCarthy said it was a bad idea for lawmakers to go to Afghanistan, but he defended Meijer and Moulton for making the trip, saying “I understand their frustration.”

“They’re both veterans, they’re both frustrated,” McCarthy said during a press briefing Wednesday.

The Pentagon echoed Pelosi’s sentiment in a briefing later Wednesday, saying that it had not been aware in advance of the visit and that it “took time away” from the military operations.

“They certainly took time away from what we had been planning to do that day,” Pentagon spokesman John Kirby told reporters.

He said there was “a need to flex and to — to alter the day’s — the day’s flow, including — including, you know, the need to have protection for these members of Congress.”

“There was certainly a pull-off of the kinds of missions we were trying to do to be able to accommodate that visit,” Kirby added.

Like Pelosi, Kirby also took a chance to deter others from heading to Kabul.

“We are obviously not encouraging VIP visits to a very tense, dangerous and dynamic situation at that airport and inside Kabul generally. And the secretary, I think, would have appreciated the opportunity to have had a conversation before the visit took place,” he said, referring to Defense Secretary Lloyd Austin.

Colleagues in Congress, too, piled on the criticism.

Prominent Republicans and Democrats alike blasted Meijer and Moulton for their secretive and unauthorized trip during the last week of evacuations, calling it selfish and irresponsible.

“I was surprised and shocked,” said House Foreign Affairs Committee Chairman Gregory Meeks, D-N.Y. “I want to stay focused on the mission of bringing back our American citizens and our SIV’s and the Afghans who are in danger. I don’t think it helps necessarily for us to keep going over there, when we try to get people out of there was irresponsible for them to do that … it does not help.”

“I don’t think it’s the best decision, you put people at jeopardy,” McCarthy said on Fox News Wednesday morning. “But I understand why they wanted to go.”

Rep. Madeline Dean, D-Penn., called it “troubling” on MSNBC’s “Morning Joe” that “anybody, such as a congressperson, would come in — A, without telling the admin, but B, knowing that they will take resources from people who desperately need it.”

Meijer and Moulton said in a joint statement Tuesday evening that the purpose of their travel was “to conduct oversight on the mission to evacuate Americans and our allies.”

The statement said the lawmakers conducted the visit in secret to gather information about operations there, not disrupt them.

“We left on a plane with empty seats, seated in crew-only seats to ensure that nobody who needed a seat would lose one because of our presence,” they said.

Moulton, a former candidate for the Democratic Party’s presidential nomination, tweeted out an image from the airport following their visit, calling the scenes he saw there “indescribable.”