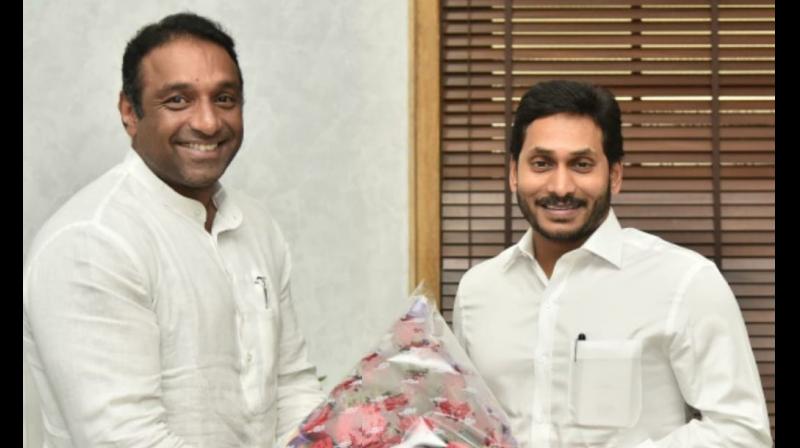 Tirupati: AP industries minister Mekapati Gautam Reddy claimed that the capital of a state is wherever the chief minister of that state stays.

"Capital could be Pulivendula or Vijayawada. Or, it could be any other place. In fact, the word ‘Capital’ does not exist in Constitution. According to Sribagh Pact, it has been agreed to have three capitals for Andhra Pradesh. Chief Minister Y. S. Jagan Mohan Reddy thus decided to form three capitals. That is our stand even today," Gautam Reddy reiterated addressing reporters at the SVU senate hall in Tirupati on Tuesday after a review meeting on government welfare schemes.

He underlined that as per Sribagh agreement, the CM had long ago promised to establish the judicial capital at Kurnool, legislative capital at Amaravati and executive capital at Visakhapatnam. “The state government is executing its decision in line with the Chief Minister’s decision. The same is also the aspiration of AP people”, the minister declared.

During the review meeting, the minister hailed the CM for his forethought and preparedness in tackling Covid-19. "Today, the state has best medical infrastructure to deal with any kind of eventuality in case of a third wave,” he asserted.

Deputy CM K. Narayanaswamy and panchayat raj minister Peddireddy Ramachandra Reddy, who also took part in the review meeting, said implementation of various welfare schemes has almost reached saturation levels in Chittoor district. They asked the district administration to identify beneficiaries, if any, left over and include them in the Navaratnalu schemes.