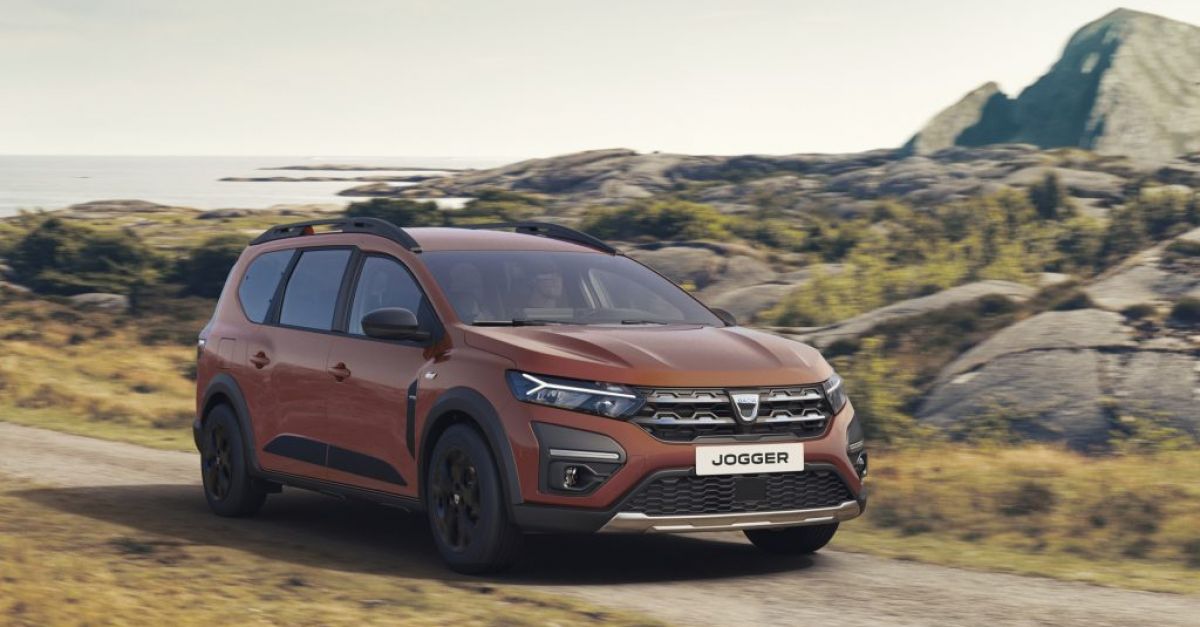 Dacia has revealed its new seven-seat family crossover, arriving in Ireland next year. The Dacia Jogger will come with the Renault-owned carmaker’s new 1-litre three-cylinder 110bhp turbocharged petrol engine, with a hybrid version – the first hybrid in the Dacia range – added to the range in 2023.

This will feature a 1.6-litre petrol engine combined with two electric motors, and a 1.2kWh. Dacia claims saving up to 40 per cent on fuel compared to an equivalent petrol-only model – all without changing the way one drives.

The Jogger is based on the same platform as the Sandero, but a new rear module extends the car’s length to just over 4.5m, making it the longest model in Dacia’s range. The company claims the extra length delivers the same level of versatility as many larger models from the segment above.

With three full rows of seating, the Jogger is designed to accommodate seven adults in comfort or, with seats down, offer up to 1,819 litres of cargo space. To give it the crossover characteristics, the Jogger has 200mm of ground clearance, while new roof rails use a patented system that transforms them in just a few simple steps to accept anything from skis to mountain bikes, complete with a generous 80kg carrying capacity.

A new entry-level infotainment system features a smartphone docking station integrated into the dash. “By using the screen we carry with us every day – our smartphones – as the basis for the car’s multimedia system, Dacia has created a way of maximising usability and familiarity, while also solving the problems caused by aftermarket mounts and charging cables,” the company said.

Using the company’s free Dacia Media Control app, navigation, radio, music, telephone, and even vehicle information is accessed through the phone’s own voice recognition function or steering wheel controls. In higher grades, an eight-inch touchscreen takes over from the docking station. In higher grades, an eight-inch touchscreen takes over from the docking station.

Denis Le Vot, Dacia’s chief executive, said: “Dacia is reinventing the seven-seater family vehicle with the All-New Dacia Jogger. This latest versatile addition embodies the brand’s outdoor spirit, always ready for adventure. It exemplifies Dacia’s commitment to make mobility accessible to all, and that includes large families. The Dacia Jogger will also be Dacia’s first hybrid, because mobility, be it in or out of town, must be available for everyone.”

New Park for Sculptors to come up in Tamil Nadu

Want to work from home permanently? Tips for talking to your boss

For the love of movie-making