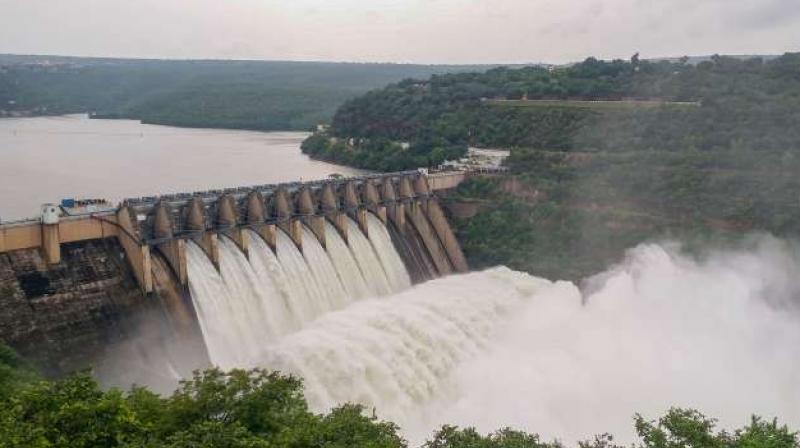 HYDERABAD: The meeting held by the Krishna River Management Board (KRMB) here on Wednesday to resolve Krishna water sharing dispute between Telangana state and Andhra Pradesh ended abruptly after TS irrigation officials walked out of the meeting on being asked to stop hydel power generation.

TS officials also expressed anger at the KRMB not responding positively to their demand to share Krishna water in the ratio of 50:50 between AP and Telangana from this year. AP demanded a 70:30 share.

TS irrigation special chief secretary Rajat Kumar and his AP counterpart J. Syamala Rao, put forth their arguments before the board chairman M.P. Singh, stated that there was no question of compromising on their demands.

TS said there was no question of doing so, and said the Srisailam project was meant for hydel generation. They explained that due to geographical conditions, the TS government had to depend on cheaper hydel power to cut its expenditure over costlier thermal power.

At this point, the KRMB chairman asked Telangana to take up hydel power generation keeping in view the irrigation and drinking water needs of AP. This angered TS officials who walked out of the meeting.

Speaking to the media outside Jalasoudha building where the meeting was held, Rajat Kumar said, "AP and Telangana have been sharing water in the ratio of 66:34. The projects undertaken by Telangana on Krishna such as Bhima, Nettempadu, Kalwakurthy etc have now been completed. The 34 per cent water share is insufficient. We need 50 per cent share from this year."

Syamala Rao argued said the board did not have the authority to look into water allocations done by the Krishna Water Dispute Tribunal (KWDT)-I when the matter was sub-judice before KWDT-II.

Blinken says ‘no deadline’ to get out Americans, Afghans, but many will be left behind by evacuation flights