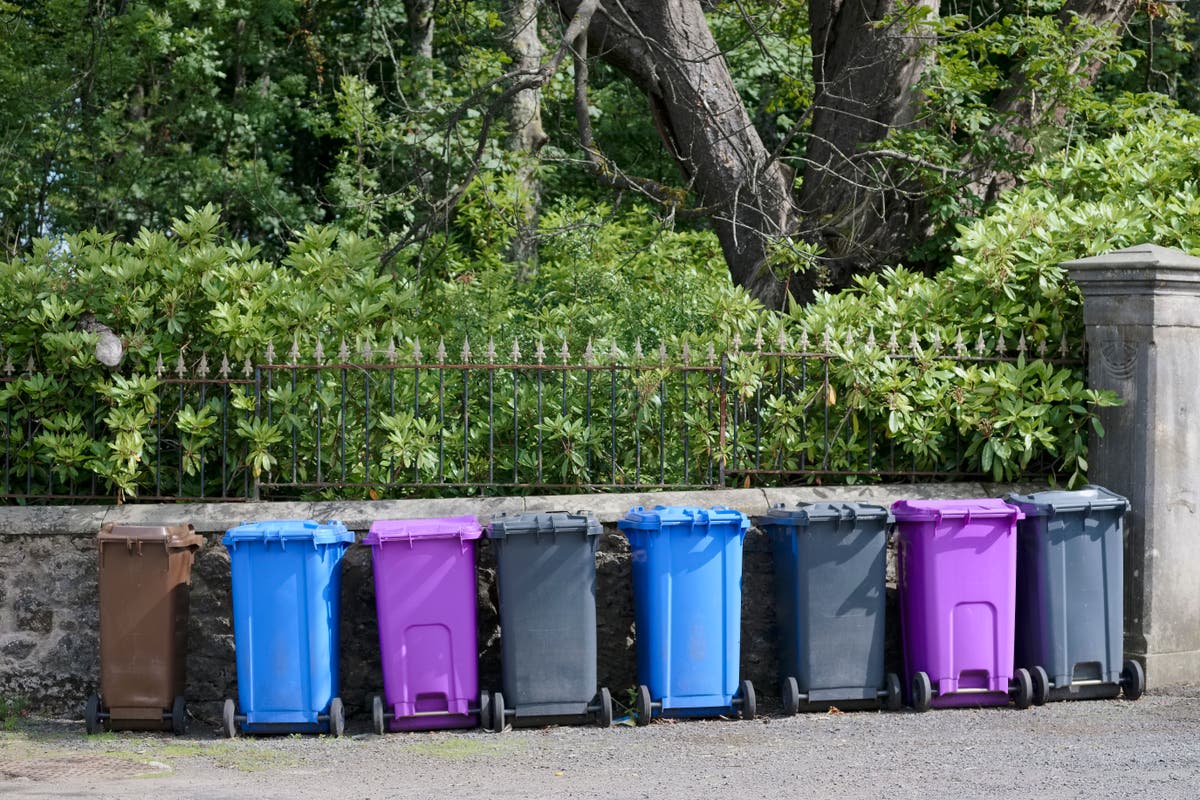 Bin collection within 24 local councils has been disrupted due to self-isolation rules and a lack of workers to drive the lorries.

The Local Government Association said that while most councils have been able to keep their collections running, some – such as Manchester City council and Cambridge country council – are having to reduce services.

A spokesperson added: “These issues are partly due to the problems with a shortage of HGV drivers, which is affecting other parts of the economy as well.”

They pointed to some of the quick-fix measures the private sector is turning to, such as hiking drivers wages, saying: “[This] risks exacerbating issues in the public sector, with the rises potentially creating a retention as well as a recruitment problem for councils and their contractors.”

A spokesperson for Bournemouth, Christchurch, and Poole council told The Independent that they had to suspend their green waste collection for a month from July to August due to staff self-isolating.

They added that the shortage of lorry drivers nationally has added to council pressures as they are “competing with the private sector, including supermarkets, to find extra staff at this time.”

It was reported last week that Waitrose was offering its lorry drivers more money than some head office executives because of the chronic staff shortage, with drivers being offered up to £53,780 annually.

There is currently a shortfall of some 100,000 drivers in the sector and this has led to shortages of supplies at restaurants, supermarkets and high-street retailers.

Food wholesalers warned on Friday that HGV crisis could lead to a hike in food prices. Darren Labbett, of Woods Foodservice, said that his industry was facing a “perfect storm” of problems. “We’ve got the Brexit situation and the after-effects of the pandemic coming together at the same time,” he said.

The shortage of drivers is also affecting bus services, said the Confederation of Passenger Transport, with the body also warning that delays in issuing licences are affecting the transport industry.

A spokesperson said: “It is vital that any measures to aid the HGV sector do not negatively impact bus and coach driver testing given the crucial role the sector plays in helping people get to work, school, or to visit local high streets.”

Lichfield district council in Staffordshire is experiencing disruption to its garden waste services. A problem its spokesperson put down to a combination of “Brexit, Covid, competition, staff holidays and delays in testing for HGV licences.”

Joint Waste Solutions, which manages bin collection for councils in Mole Valley, Surrey, and Woking, said that the national shortage of HGV drivers has meant not all services can be run every week.

Wigan council said that staff has been isolating due to coronavirus and Amber Valley borough council said their recruitment agencies were struggling to find temporary replacements.

The BBC reported that three councils in Devon wrote to the home secretary on Thursday, asking for the government to grant temporary visas for trained European HGV drivers to ease the shortage.

“This equates to approximately 20 per cent of the HGV workforce in driver vacancies and it is proving very challenging to fill this resourcing gap given the dynamics of this labour market.”

South Ribble borough council in Lancashire wrote to the transport and environment secretaries expressing similar concerns. Councillor Paul Foster wrote that the “household bin collections have become unsustainable due to the significant and rapidly deteriorating shortage of HGV drivers available to drive our refuse collection vehicles.”

He added that this has left the council in “a completely unacceptable position where our residents are unfairly impacted”, and pointed to “the impacts of Brexit… exacerbated by the Covid-19 pandemic” for causing the problems.

In a bid to ease the driver shortage, waste management company Veolia have issued a plea to mothers looking for part-time work to “get behind the wheel and help the UK through the crisis”. The company, who service many councils in the UK, also announced a £1,500 joining bonus for new workers.

But a new report by the Recruitment and Employment Confederation found that impacts to the job market could be here to stay. Chief executive Neil Carberry said: “Large numbers of people are finding new work post-pandemic as the economy reshapes.

“But that realignment will take time, and there is good evidence to suggest that the market will remain tight for some years to come, even if the current crisis passes.”

Mr Carberry called on the government to work with the sector in a “practical, co-operative way on skills, unemployment and immigration changes in order to get through this crisis.”

Irish Ferries will have to compensate passengers for delayed sailings