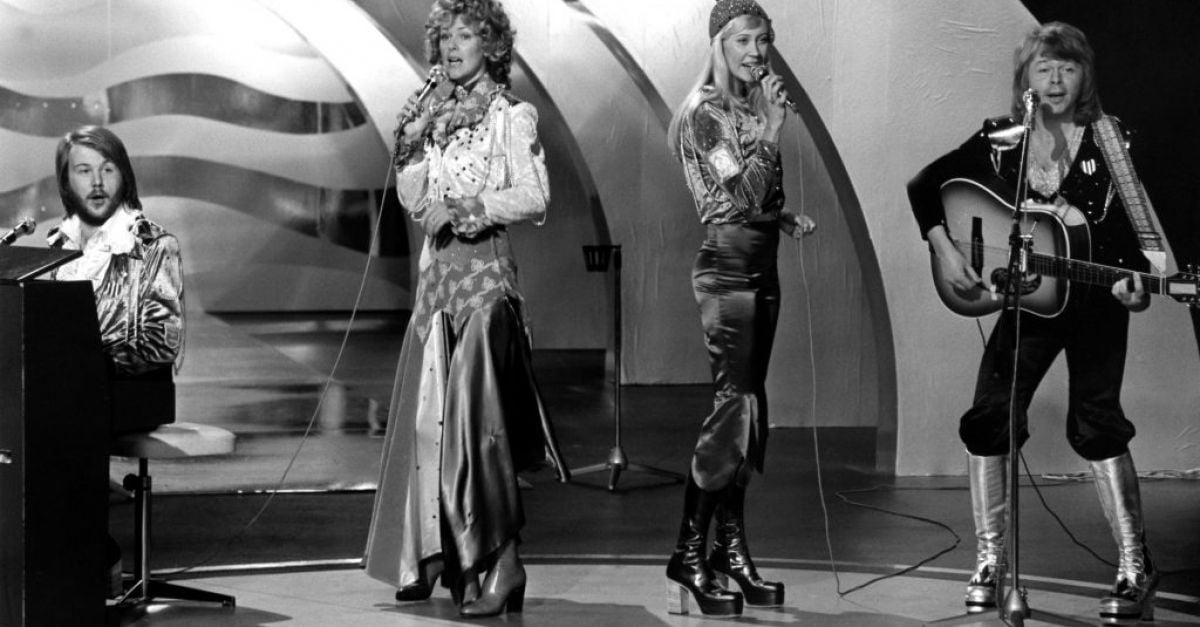 Abba fans have been delighted with the news that the Swedish band, who parted ways in 1982 after eight hit records together, will release their first new music in nearly 40 years in November.

Agnetha Faltskog, Björn Ulvaeus, Benny Andersson and Anni-Frid Lyngstad – who are all now in their 70s – are also launching a digital concert show featuring “Abba-tar” versions of their younger selves.

Formed in Stockholm in 1972, the group was phenomenally successful, scoring nine UK number ones before they split.

The quartet rocked some fabulous outfits during that decade, both on and off stage. Here, we look back at the good, bad and the bonkers…

Over-the-knee boots have made a major comeback in recent years. Fältskog looked so chic with trousers tucked into her heeled versions, and we love Andersson’s shearling pair too.

Talk about making a style statement… Fältskog and Lyngstad wafted around on stage in a variety of glamorous capes, as seen (above) in 1977 and during their North American and European tour in 1979.

The Abba ladies rocked these incredible super-short satin tunic dresses emblazoned with big cat motifs on the cover of the 1976 Mamma Mia single, teaming them with matching white go-go boots.

Complete with feather-embellished headdresses, these beautiful 1920’s inspired gowns are quite demure by Abba standards.

Seventies style is back in fashion at the moment and suddenly the band’s wide-collared jackets and flared trousers are looking very cool. Here they are posing with Princess Margaret (above) in 1978.

On the other hand, we’re not ready for a revival of the weird satin and velvet trousers that three of the band wore for their iconic Eurovision performance in 1974, which they won with the song ‘Waterloo’.

Nor are we in any hurry to don a skintight white catsuit, as seen on both the male and female members of the band throughout the seventies.

New Park for Sculptors to come up in Tamil Nadu