Derek Beaumont cannot wait to be back in Newcastle for Magic Weekend, although the Leigh Centurions owner will be arriving at St James’ Park on Saturday evening in a slightly different manner to usual.

That is because Beaumont and an intrepid group of 12 others are attempting a 142-mile bike ride from the Centurions’ Leigh Sports Village ground to the home of Newcastle United, leaving at 5am and being due to arrive just before the final match of day one between Hull FC and Leeds Rhinos.

It will be his first time back at the venue with the club since Leigh’s only prior Magic appearance in 2017, which at that time marked the culmination of a weight-loss challenge with then Salford Red Devils supremo Marwan Koukash, and Beaumont is excited to be part of it again. 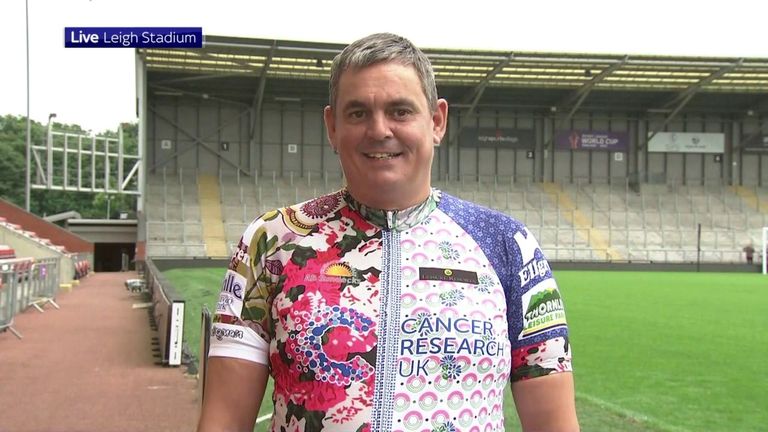 Leigh owner Derek Beaumont explains why his side will be wearing the same shirt that he’s doing a charity bike ride in.

“Newcastle is fantastic,” Beaumont told Sky Sports News. “They’ve got their own club now with Newcastle Thunder, so they are really embracing it and doing well in the Championship. Hopefully the event will help that club and improve the profile of the sport further in the city.

“What sets [Magic Weekend] apart for me is the way all of the families come together from every club. It doesn’t matter if it’s Leigh or Wigan, your rivalries go away and the battles are done on the pitch.

“It’s a combative sport and the game is watched by people who celebrate together and drink in the same pubs. We’re really proud of the family values despite it being a tough, physical sport, and bringing every club together and celebrating is fantastic.

“It’s a great concept and it’s one we all really enjoy. The players play hard for it and look forward to it.”

The Centurions close out this year’s Magic Weekend when they face play-off chasing Hull Kingston Rovers at 5.30pm on Sunday evening, live on Sky Sports, just four weeks after a see-saw 34-28 loss to the Robins at home.

Victory would give Leigh only their second win of the campaign, having endured a difficult time after being chosen to be promoted from the Championship in place Toronto Wolfpack late last year following the Canadian club’s demise.

It took until the Round 20 clash with Salford on August 22 for the Centurions to finally have a win to celebrate, triumphing 32-22, but they come into this match on the back of a 64-0 loss away to Super League leaders Catalans Dragons.

Beaumont always knew they would be up against it, but believes there is more rugby league can do to close the gap between the top flight and the second tier. 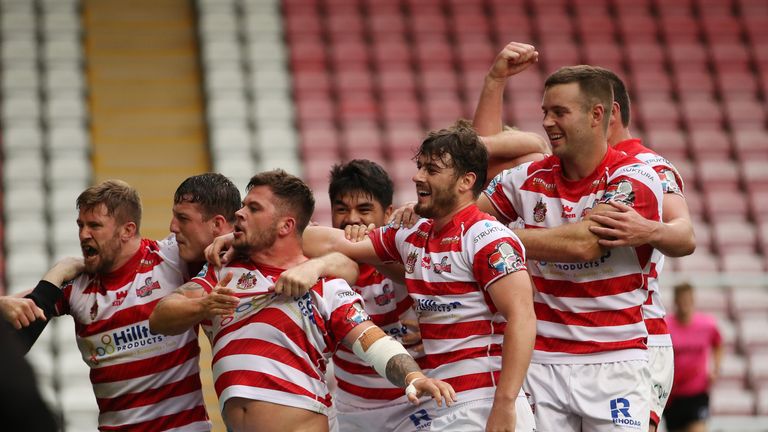 “We came in late with a lower budget and no time to recruit, so it was always going to be a massive challenge to us,” Beaumont said.

“When we played Catalans at home, they beat us 36-30 so it was a much closer game. It is difficult travelling over there with all the Covid protocols.

“We’ve got to all keep working hard and the game is looking at changing its structure, and I think that will be a step in the right direction to grow the audiences.

“I think we need to grow and work hard and make better the teams, the products and the facilities we’ve got before we look at expanding.” 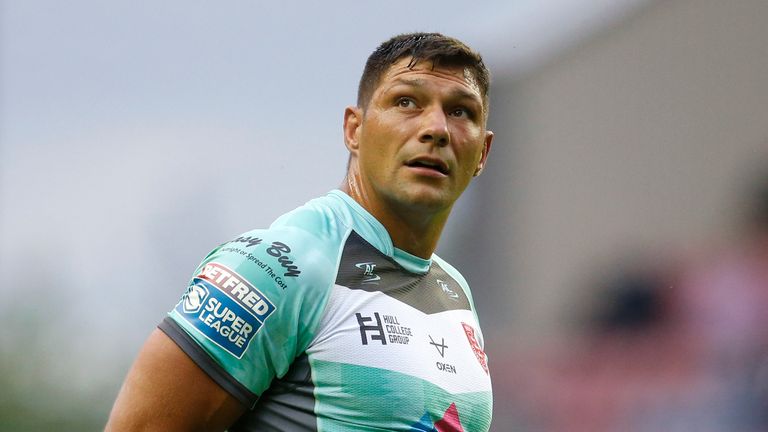 Whatever the result on Sunday, Beaumont and his team of cyclists will be able to sit back and enjoy a day of rugby league after their monumental efforts in the saddle, which will have included a total of 8,500 feet of climbing during the middle section.

The group of 13 includes Leigh general manager Neil Jukes, ex-players, club sponsor Gary Molloy and Beaumont’s wife Laura, who only took up cycling three weeks ago and had an accident early on in training which saw her hospitalised.

They are well on their way to raising their target of £50,000 for Cancer Research UK, having been motivated to following the death of Beaumont’s father from a rare blood cancer last year.

They will also be sporting eye-catching shirts, as will Leigh’s players during their match against Hull KR, in the style of those often sported by his father and all profits raised from the sale of those replica kits will go to charity too.

🔴⚪️ Full interview with Derek Beaumont coming up at 8:30pm on our Facebook page as he previews Saturday's #bikemagic142 in support of Cancer Research UK

“I unfortunately lost my father last June and he used to wear a novelty shirt,” Beaumont said. “He was a Rod Stewart impersonator and a bit of an entertainer, and on the day before he passed, I said ‘I’m going to get my players to wear that shirt’ in aid of cancer and see if we can raise some money.

“We’ve had a few people come off and get bumps and bruises [in training], but as we say when we’re doing it tough up the hills, our pain is just for the day. The people we’re raising the money for, theirs doesn’t go away so that spurs you on to get to the end goal.”

To donate to the cause, search for ‘LSV to St James Park for Cancer Research’ on JustGiving.