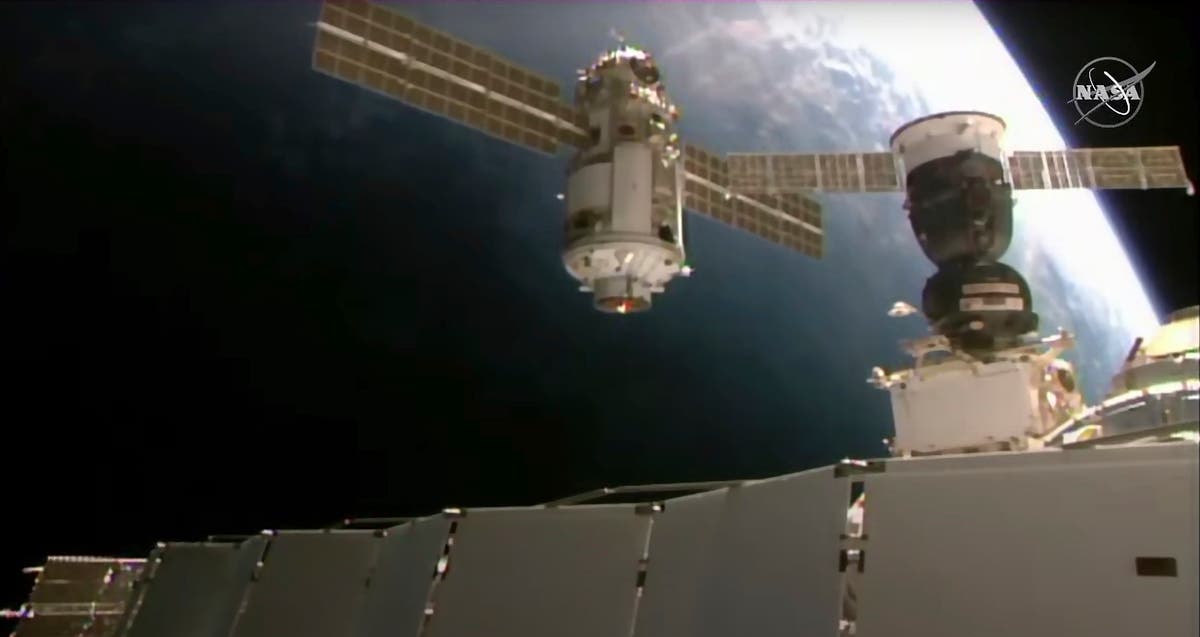 Floating in the North Pacific Ocean is the Great Pacific Garbage Patch, a huge vortex of waste made of approximately 1.8 trillion plastic pieces. The island of rubbish is a stark reminder, in the face of climate change, that humanity needs to improve how it looks after the planet.

Floating around Earth are the remains of rockets, shuttles and other remnants of humanity’s off-world developments. There are approximately 228 million pieces of space debris around the globe, but they are not a reminder of the past; they are a risk to our future.

The most notable threat that space debris poses to humans is keeping us trapped on our planet. An infamous study by Nasa scientist Donald Kessler in 1978 warned that, if two large objects collided, the domino effect caused by the material breaking apart, colliding into other material, and breaking again, could create an impenetrable layer of debris that would make terrestrial space launches impossible.

It is imperative that human beings, the space companies, and space agencies that manage our attempts to reach the Moon, or Mars, and even further take steps to stop the build-up of debris. But the problem is not technical. It’s legal.

The current legislation around global space exploration is based on the Outer Space Treaty. It became law in October 1967 with several noble intentions behind it. “The exploration and use of outer space shall be carried out for the benefit and in the interests of all countries and shall be the province of all mankind”, it begins, adding that “astronauts shall be regarded as the envoys of mankind”.

It also has more specific rules: “Outer space is not subject to national appropriation by claim of sovereignty”, it states, as well as saying that countries will be “liable for damage caused by their space objects” and will “avoid harmful contamination of space and celestial bodies.”

These rules are “really nice, really happy, and really out of date,” says Rachael O’Grady, a partner in the international arbitration practice at law firm Mayer Brown. Even when they were being written, they would soon need updating.

In 1967, it was still two years before man would set foot on the Moon and the governments of the day were less concerned about the future of spaceflight and more about geopolitics on Earth.

The Outer Space treaty was ratified in the middle of the Cold War, during tense political relations between the United States and the USSR – the two foremost spacefaring nations. The communists had already launched the first Earth-orbiting satellite and the first man, Yuri Gagarin, into space. The US was worried about a prospective new superpower, and the Outer Space Treaty was, as such, more focused on stopping cataclysmic conflict on Earth than protecting us from similarly cataclysmic outcomes in space.

Over the five decades since there have been attempts to update space law, but the basis of this legal framework remains the same, O’Grady says – and now that private companies are investing billions into breaching the final frontier, the holes in the rulebook are beginning to get bigger.

The Outer Space treaty, for example, does place limits on certain actions: if a state launches something into space, it is the responsibility of the state. However, private companies have a much greater scope to ventures into space – as demonstrated by Luxembourg’s growing private space industry and the heated competition between Blue Origin and SpaceX.

“The ways that states have seemed to adapt to the new commercial space age isn’t to create a new Outer Space Treaty or an updated Space Treaty, which would govern on a global level; instead, what nations have done is passed unilateral legislation, domestic legislation, granting their own nationals property rights in space”, O’Grady says.

The motivation to enact legislation that created the Outer Space Treaty 60 years ago simply is not there, O’Grady continues, because the length of time it takes to negotiate any international agreement simply cannot keep up with the developments that could be made in a tech industry born out of a “move fast, and break things” philosophy.

✕Jeff Bezos launches himself into space on Blue Origin rocket

This lack of legislation gives companies the freedom to develop quickly without heavy legal constraints – although O’Grady does not believe this is a “prime motivation” for why the laws are yet to be properly updated. The underlying driver is the price tag. National budgets have been too low to give Nasa the funding it needs, but private investors in Boeing, SpaceX, and others are the shot in the arm that governments believe the space industry requires.

That’s not to say that these companies do not also benefit from government funding, of course. In 2015, it was reported that SpaceX, Tesla, and other companies associated with Mr Musk received an estimated $4.9 billion in government support, and the company has benefitted from further spending since.

The bottom line, nevertheless, is that this apathy from elected representatives towards regulating the space industry has resulted in the space waste becoming a huge issue, and one that could get worse. “The more that space becomes accessible to more private entities … the harder it is to change the rules” O’Grady says, likening the situation to playing sports: you can’t decide the rules as you go, they must be set before the game begins.

But the two most powerful nations in the world – the United States and China – are winning, and neither trusts the other side. Rather than thinking about the problem on a global scale, the space race is becoming akin to a new Cold War.

If this is not addressed, the scale of the problem is only going to get worse. SpaceX has launched more than 1,700 of its Starlink satellites into space in the last two years, which has almost singlehandedly doubled the active number of satellites in orbit. There are plans to launch tens of thousands more by commercial companies, nation states or groups of nations into Low Earth Orbit, adding to the congestion even more.

The advent of mega constellations could also see the number LEO satellite increase by a factor of 100 fold to nearly 100,000 satellites orbiting the Earth by 2030, leading to vastly more potential collisions which would result in the generation of significant amounts of debris, Peter Hadinger and Mark Dickinson, the Chief Technology Officer and Head of Satellite Operations at British satellite telecommunications company Inmarsat, told The Independent.

The average impact speed of a piece of orbital debris colliding with another object is approximately 36,000 km per hour – seven times faster than a speeding bullet. “The parallels with climate change are clear, and as a space community we should learn the lessons that proactive and early management is required ensuring we don’t wait until the damage is done”, they added.

Fortunately, there is time left for humanity to rectify its situation. Low altitude space (550 kilometres) can recover from a series of fragmentations over approximately half a decade, Aaron C. Boley, associate physics professor at The University of British Columbia, told The Independent – although higher altitudes (700 kilometres) can take ten times as long to recover.

“Even if fragmentations were to take place at low enough altitudes that we might expect the orbits to recover in a few years, the situation would still be largely disruptive. Plus, energetic fragmentations, such as a satellite-satellite collision or explosion, will place debris on a wide range of orbits”, Professor Boley says, although it is unlikely that it would ever reach a situation where humanity would absolutely trap itself on Earth.

Ensuring that future requires precautions. Major General DeAnna Burt, speaking at the Space Power Forum in May 2021, suggested several rules to harbour a ‘leave no trace’ approach to space exploration: do not leave needless debris; design satellites so that they do not explode or self-destruct; and ensure satellites have enough fuel that they can be pushed into either a disposal orbit or returned to the atmosphere to burn up.

Whether that can be implemented – and implemented globally – remains to be seen. It is only three months since the Long March 5B rocket fell uncontrollably back to Earth, circling the globe every 90 minutes at a speed that made tracking where it would land impossible.

The year before, a similar prototype craft came within 13 minutes of hitting New York City, but was eventually confirmed by the US Space Force’s 18th Space Control Squadron to have landed in the Atlantic Ocean. If the rocket had re-entered the atmosphere above a populated area the result would have been akin to a small plane crash scattered over 100 miles.

The possibility was unlikely, scientists said, added that this would be no reason to shun precautions. Human beings leaving Earth was once an impossible dream, and now it seems likely we will see our footprints on other planets. If we can be inspired to such successes, we can be blind to such tragedies too.

Google to stop selling phones with chargers in the box

There’s a ‘break’ in one of the spiral arms of our galaxy, say astronomers