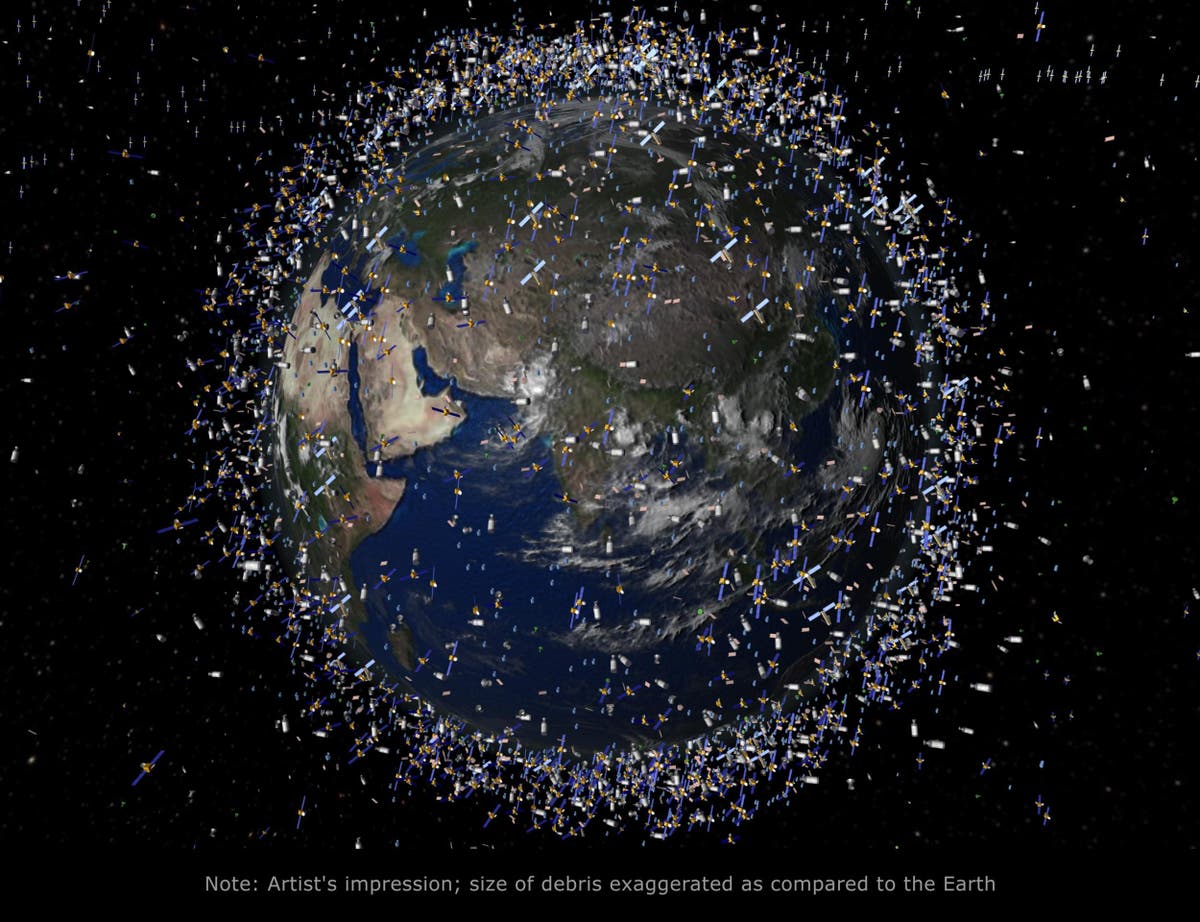 China’s military satellite Yunhai 1-02 was mysteriously damaged on 18 March 2021, but scientists now know the cause of the issue was a piece of space debris.

The US Space Force’s 18th Space Control Squadron (18SPCS) said that analysis was “ongoing” on the 21 associated pieces that were broken off the satellite, which originally launched in September 2019. It was speculated that part of the craft could have exploded, but it is now known it came from the Zenit-2 rocket

The Zenit-2 rocket launched a Tselina-2 electronic spy satellite in September 1996 and, said astronomer Jonathan McDowell at the Centre for Astrophysics on Twitter, after noticing the Space-Track website updated a note to the object: “Collided with satellite”.

The debris only has one set of orbital datum from 16 March 2021, which makes the “obvious candidate” to have hit the Yunhai 1-02 satellite.

“A quick analysis of the TLEs show that Yunhai 1-02 (44547) and [the debris object] passed within 1 km of each other (so within the uncertainty of the TLEs) at 0741 UTC Mar 18, exactly when 18SPCS reports Yunhai broke up”, Dr McDowell tweeted, adding that this “looks to be the first major confirmed orbital collision in a decade.”

The Yunhai satellite remains under control and can still adjust its orbit and remains able to send orbital signals, so the collision did not destroy it, but the news raises concerns about the build-up of detritus around the planet.

A month after the collision, in April 2021, it was reported that a SpaceX satellite came within 60 meters of a OneWeb craft, with issues over the manoeuvrability of SpaceX CEO Elon Musk’s crafts.

“Co-ordination is the issue. It is not sufficient to say ‘I’ve got an automated system’, because the other guy may not have and won’t understand what yours is trying to do”, Chris McLaughlin, OneWeb’s government affairs chief, said.

However, SpaceX later claimed this was not the case – stating that “the probability of collision never exceeded the threshold for a manoeuvre, and the satellites would not have collided even if no manoeuvre had been conducted”.

The worst-case scenario from a collision of space debris is a domino effect envisioned by Nasa scientist Donald Kessler in 1978. It warned that broken material striking other crafts could could create an impenetrable layer of debris that would make terrestrial space launches impossible.

With more companies such as SpaceX, OneWeb, and Blue Origin launching crafts outside of Earth’s atmosphere, as well as others from nations like China, the lack of government regulation means that the risk of collision will increase

More mega constellations could see the number LEO satellite increase by a factor of 100 fold to nearly 100,000 satellites orbiting the Earth by 2030, Peter Hadinger and Mark Dickinson, the Chief Technology Officer and Head of Satellite Operations at British satellite telecommunications company Inmarsat, told The Independent.

If two pieces were to collide, the average impact speed would be approximately 36,000 km per hour – seven times faster than a speeding bullet.

“The parallels with climate change are clear, and as a space community we should learn the lessons that proactive and early management is required ensuring we don’t wait until the damage is done”, they added.

Google to stop selling phones with chargers in the box