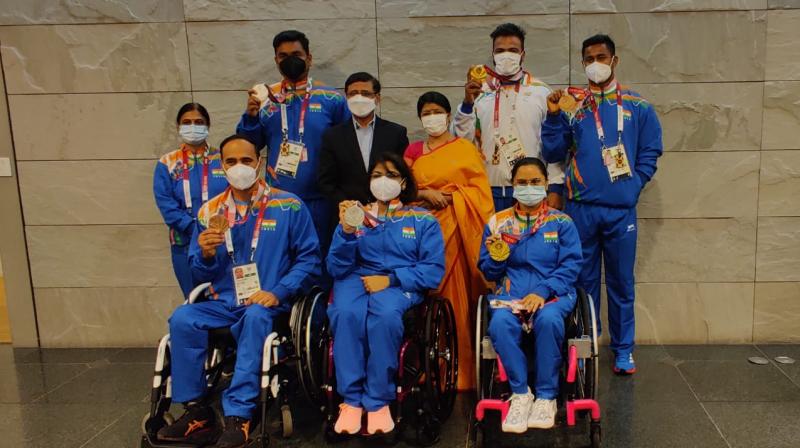 Tokyo: The Indian contingent at the ongoing Tokyo Paralympics on Wednesday was invited for dinner by Ambassador to Japan, Sanjay K Verma.

The Indian team gifted the Indian ambassador a Paralympic jersey autographed by all the medal winners and other members of the contingent.

"We were missing this kind of warmth and love in Tokyo and we are very thankful to the Indian Ambassador and his entire team for this gesture", said Deepa Malik.

Earlier on Wednesday, in an all-Indian affair, top seed Pramod Bhagat defeated Manoj Sarkar in the Group Play Stage – Group A in the ongoing Tokyo Paralympics at the Yoyogi National Stadium Court 3.

Earlier on Wednesday, the Indian mixed team of Palak Kohli and Pramod Bhagat lost to the French duo of Lucas Mazur and Faustine Noel by 2-1 at Yoyogi National Stadium — Court 3 in the doubles SL3-SU5 on Wednesday.

Tokyo Paralympics 2020 Day 9 Preview: Full schedule and where to watch