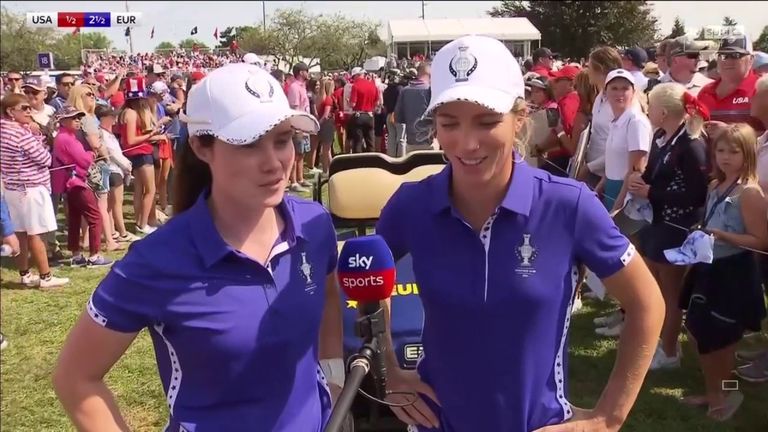 Leona Maguire made a dream start on her first Solheim Cup appearance as she partnered Mel Reid to a foursomes victory over Nelly and Jessica Korda.

Their 1up success helped give Europe a flying start at Inverness Club in Toledo as they opened up a commanding 3.5-0.5 early lead.

Maguire, the first Irish player to represent Europe at the Solheim Cup, and experienced Englishwoman Reid took control against the star American pairing by winning the fourth and six holes and remained ahead over the closing holes despite their opponents halving the deficit at the 13th.

“I couldn’t have asked for a better start to my Solheim career,” said 26-year-old captain’s pick Maguire.

“Very lucky to have Mel alongside me. I think everybody had written us off today, and we just sort of took that in our stride and wanted to be as relentless and fearless as possible, and I feel like we did that.”

Reid, meanwhile, was quick to pay tribute to Maguire after her debut performance.

“Honestly I could not be more impressed with this girl here,” she said. “I said to her – we hadn’t really spoken before this week – that’s kind of what Solheim is about.

“This girl, she’s some player, and just really, really proud of the way she handled herself and she’s a very, very impressive girl, so it was an honour to play with her in the first match. 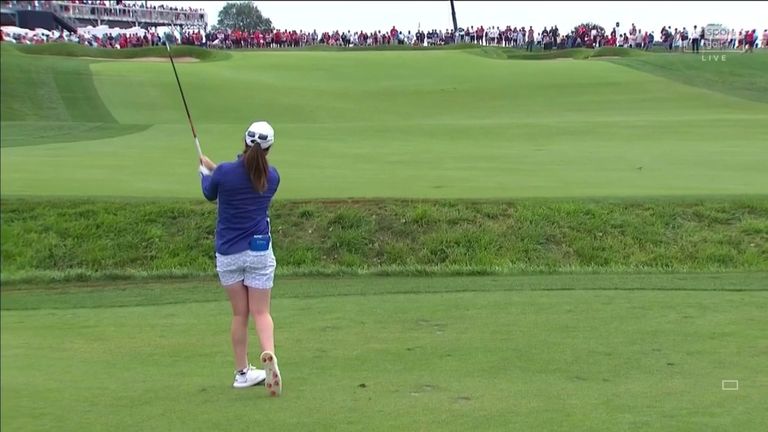 Highlights from Maguire and Reid’s surprise victory over the Korda sisters in the Saturday foursomes, helping Europe move into a 3.5-0.5 lead

“We [Europe] got off to a solid start, so we’re happy. We’re going to keep on – obviously we’re going to have to play great against these girls, they’re fantastic players on the US team – so we’re not going to give anything to them and obviously try our best, but really great start for us.”

Jessica Korda admitted she and her sister Nelly – the world No 1 – had struggled to get going.

“But Leona made everything coming in, and it’s tough to kind of do anything when they make no mistakes. I don’t even think they made like a team bogey.” 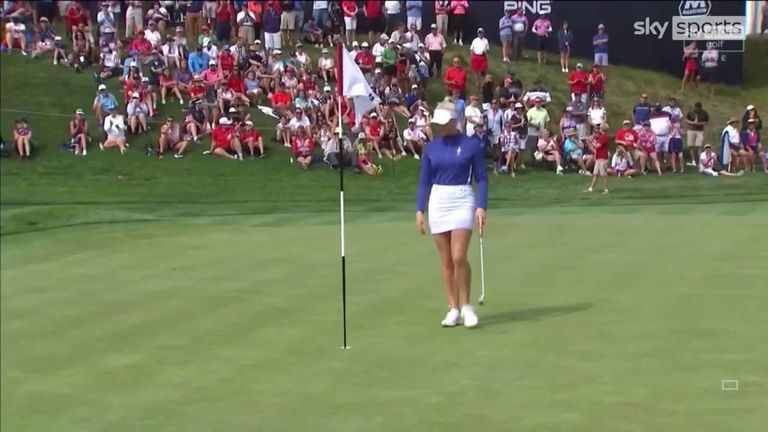 Highlights from Charley Hull and Emily Pedersen’s win against Lexi Thompson and Brittany Altomare, where the European pair won three of the last four holes to snatch victory

Charley Hull and Emily Pedersen completed a great morning’s work for Europe by winning three of the last four holes for a 1up comeback victory over Lexi Thompson and Brittany Altomare.

“I just enjoyed playing out there. It’s great fun,” said Hull. “Me and Emily actually played against each other about 12, 13 years ago. It was actually Great Britain versus Europe. Now we’re on the same team together, so we’re just out there having fun.

“We didn’t really feel the nerves, to be fair. Three birdies in the last four holes, come from two-down to one-up, so that was pretty good.”

Anna Nordqvist and Matilda Castren, another rookie, gave Europe a winning start with a 1up victory over Danielle Kang and Austin Ernst in the opening foursomes.

“It was an honour for me and Matilda to get the team started,” said Swede Nordqvist. “I loved hitting the first tee shot. It’s moments like that I live for. I feel like we played solid.” 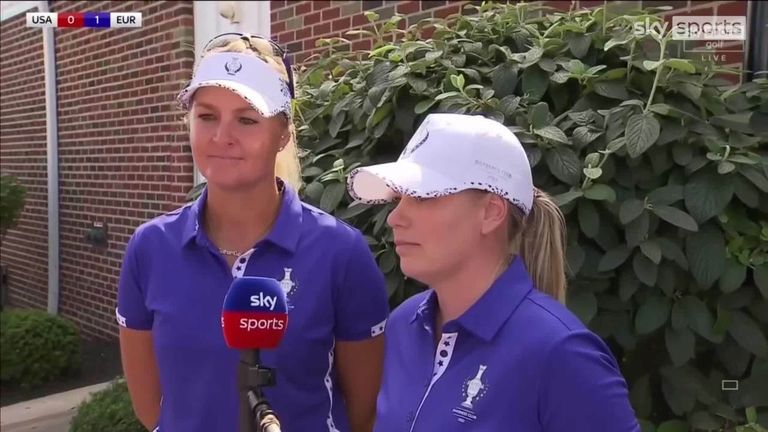 Finn Castren added: “Honestly I could not have asked for a better pairing. She is a very nice person and great player, so she made me feel super comfortable out there, and I could play my own game and trust her. I really enjoyed it.”

Europe’s unbeaten morning was completed by a half point for Georgia Hall and Celine Boutier against Ally Ewing and Megan Khang after they won the final two holes.

“It was a really tough match actually, both teams played really well,” said Englishwoman Hall. “Being two-down with two to play is not ideal, but really glad that we managed to get a half point.

“It’s been a great experience so far, and the fans are really good to see, so that’s pretty good.”