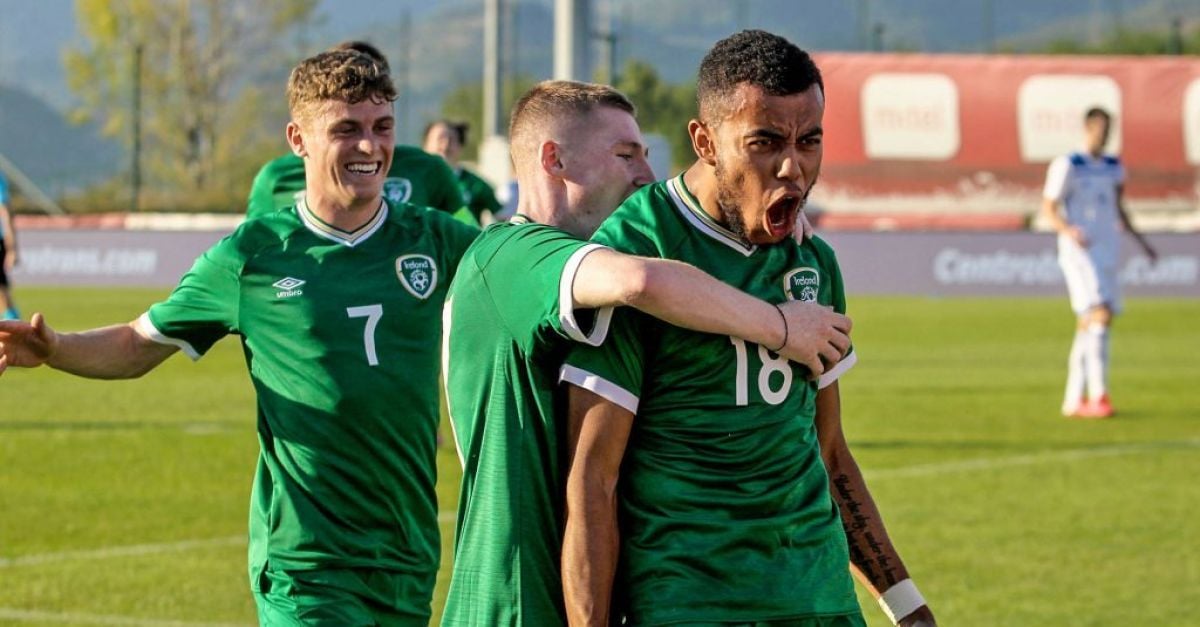 The Republic of Ireland Under-21s made the perfect start to their UEFA European Under-21 Championship qualification campaign with a 2-0 win over Bosnia & Herzegovina in Zenica.

Second half goals from Tyreik Wright and captain Conor Coventry gave Jim Crawford’s team the win in Bosnia in what was a tough opener for the Boys in Green.

Wright converted from the spot early in the second half while Coventry gave Ireland the two-goal cushion from a well worked corner routine.

Crystal Palace’s Jake O’Brien started in the Ireland backline in what was his first appearance for an Ireland underage international side.

The opening stages of the first half were a close affair. Bosnia went close from a corner when Milojević flashed a header across goal but Ireland looked the more comfortable in possession.

Joshua Kayode almost found himself on the end of a Wright cross as Ireland began to open up the home side but the first half ended with no real chances from both sides.

Early in the second half O’Brien went close with a header from a Kilkenny free-kick that just went over but minutes later Ireland had the ball in the net. Bosnia failed to clear an Ireland free-kick and Kayode was bundled over for a penalty.  Wright stepped up and fired home to put Ireland in front in the 51st minute.

Bosnia looked to threaten and Dedic forced Brian Maher into a save from a 25-yard free-kick as they searched for an equaliser.

Wright almost got a second when he was played in for a one-on-one with the Bosnian goalkeeper but he saw his effort at goal saved by Dizdarevic.

They didn’t have to wait long for their second. In the 73rd minute a well-worked corner routine saw Wright flick a ball around the corner for Coventry to find the far corner to give Ireland breathing room.

The goal was the midfielder’s first ever for Ireland in what was his 42nd appearance for an Irish underage side.

Crawford made late changes including the introduction of Evan Ferguson for his Ireland U21 debut. They travel to Luxembourg tomorrow before playing their second game of the qualifiers in Dudelange.

Speaking after the game Manager Jim Crawford said: “It’s a great feeling to get the win. It was a very impressive performance from everyone who played. We looked defensively sound and they can be proud of themselves. Overall it’s a great start but that’s all it is is a start and we start preparing for Luxembourg tomorrow.”

Satwik-Chirag loses to world No.1 Sukamuljo and Gideon in second match