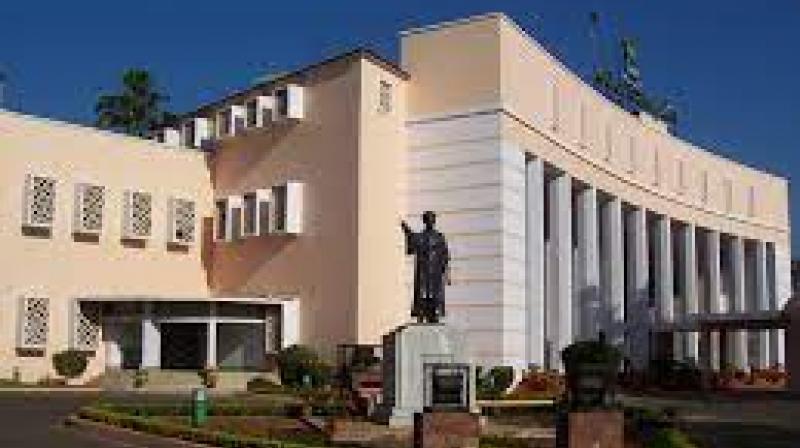 Bhubaneswar: The second day of the Odisha Assembly’s Monsoon Session witnessed uproarious scenes as the Opposition BJP and Congress MLAs set off a ruckus, resulting in repeated adjournments of the House.

The BJP was baying for the blood of law minister Pratap Jena, alleging he was the key conspirator in the Mahanga double murder case.  The Congress, on the other hand, created a ruckus in the House demanding special commitments from the state government on a special relief package for drought-hit farmers.

Soon after the House assembled in the morning, the BJP and Congress members rushed to the Well and began shouting slogans. The BJP MLAs demanded the law minister’s removal, saying his remaining in the state council of ministers was impacting the 2020 Mahanga double murder case. The Congress MLAs, expressing displeasure over Wednesday’s reply by state agriculture minister Arun Kumar Sahoo in an adjournment motion on drought, demanded a special debate on the subject.

“The name of law minister Pratap Jena has been mentioned in the first information report (FIR). The concerned court has directed (that the) minister be brought under the purview of the investigation. We demand his removal. We will continue to protest in the Assembly till our demands are met,” said BJP leader Mohan Majhi, the Opposition chief whip, outside the House.

On the other hand, government chief whip Pramila Mallick said the administration was ready for any kind of discussion on the issue of the farmers.  Amid pandemonium, Speaker Surjya Narayan Patro initially adjourned the House till 11.30 am and later till 4 pm.