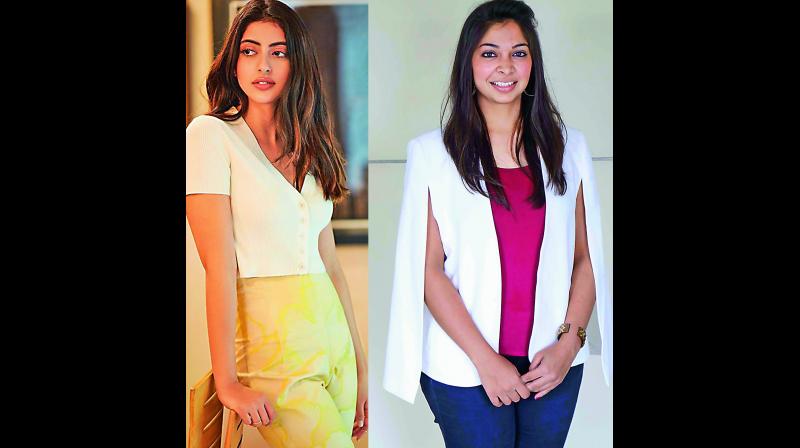 Hyderabad-based advocate Manasi Chaudhari and Navya Naveli Nanda, Amitabh Bachchan’s granddaughter, have collaborated to make legal awareness and mental health support accessible to women. Together, they founded ‘Nyayari’, a one-of-a-kind initiative to reinstate and protect the fundamental rights of women and uplift them holistically.

Nyayari, which commenced its services on 26 August, a day that coincides with Women’s Equality Day, deals with domestic violence, gender inequality, sexual harassment, mental health and other issues pertaining to a woman’s life. And in less than a week since they began, Nyayari received more than 50 complaints from women through their website on various issues. The four in-house, dedicated female lawyers (including two mental health counsellors) have been looking into the issues.

While Navya brings her extensive work in education, mental health, financial independence and gender equality to support the initiative, Manasi would share her legal expertise to educate women about their legal rights. All the services are rendered free of cost via a helpline and Pink Legal website.

‘My family always encouraged me’

Navya, an entrepreneur and women’s rights advocate, speaks about wanting to create an impact by creating awareness about legal facets of women’s rights. “Nyayari is an extension to my current efforts of supporting gender equality and women’s mental health.

At a time when women are going from strength to strength, I believe creating legal awareness about their rights will further empower them,” she adds.
Navya believes, regardless of whether women initiate legal action, it’s imperative they are aware of their legal rights.

Navya met Manasi over a panel discussion on women’s rights on Zoom during the second lockdown. They then decided to collaborate. The initiative encourages women to seek justice, empowers them from within (through mental health) and helps them stand up for their rights.

“I learnt about Manasi’s Pink Legal and I was curious to know about it,” elaborates Navya. “I believe women’s legal rights are not spoken about, so Manasi and I bonded and decided we wanted to do something for women’s rights because it was an area I had never worked on before,” shares Navya.

Does she discuss her ideas with her family? “I keep my family informed about my initiatives and they share their inputs in building my ideas. They’ve always encouraged me to pursue my dreams,” she shares.

When the world has been trying to encourage women to break the glass ceiling across all spheres of life, Navya tells us that she never believed there was a glass ceiling on women.

“At least, I wasn’t brought up like that, and I never believed that it (glass ceiling) had really existed. Moreover, it never stopped me from doing what I wanted to,” she says.

In fact, according to Navya, who graduated from New York’s Fordham University, the Gen Next has already been leading the way and girls have already been driving change around the world. “The rights, voices, talent and dreams of the women are the foundation of the world we want and they create impact within their communities,” she says.

The aim is to build a progressive society

Manasi started Pink Legal last year. Pink Legal, incidentally, is India’s only digital platform that educates women about their legal rights. “We believe women must be aware of their legal rights for a progressive society,” she points out matter-of-factly.

As for collaborating with Navya, Manasi who is a lawyer passionate about women’s rights and gender equality, always saw herself naturally progressing into something such as ‘Nyayari’.

“We’ve understood that some women also want to take action and file petitions in a court of law although they did not know how to initiate it. Nyayari will fill that vacuum of service by connecting women to their in-house lawyers.” says Manasi

In fact, according to Manasi, lawyers at Nyayari will create awareness about women’s rights and the remedies to resolve women-related legal issues, while educating them about the situation. The women can, based on their decisions, then initiate the necessary legal steps.

For the moment, while Nyayari takes complaints in Hindi and English, Manasi hopes to extend the help across other languages so that it eliminates regional barriers too.

Study finds why adults struggle to learn a new language

4 jacket trends to be seen in this autumn