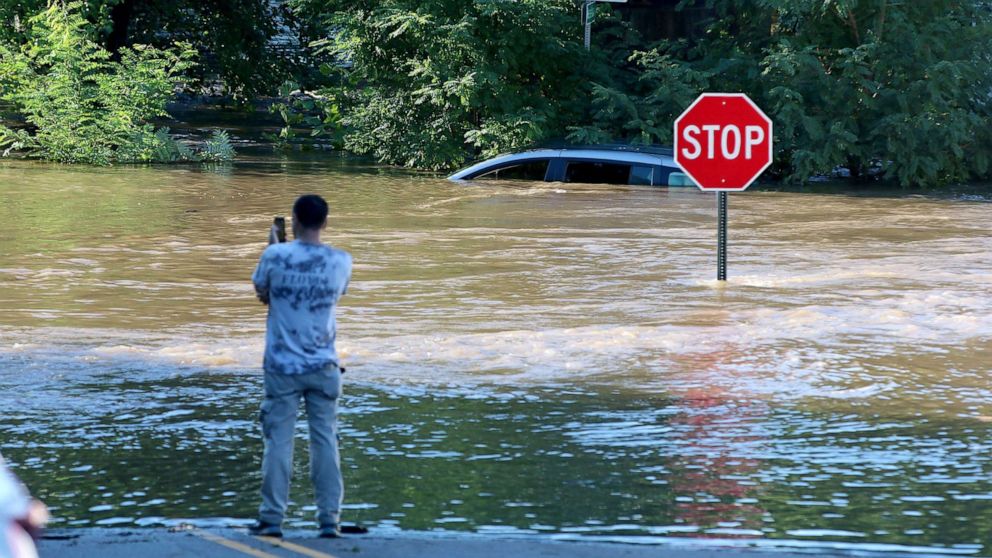 Harrowing stories of survival, rescues and recovery are surfacing after a rain-drenched night of deadly storms in the northeastern United States.

The remnants of Hurricane Ida brought historic floods and damaging tornadoes across the region on Wednesday and caused dozens of fatalities in areas where storms hit. Although the death toll is expected to rise as the damage is surveyed, scores of people were also saved or spared.

One FDNY water rescue crew saved a family of six who became trapped in their home as floodwaters rose in the basement overnight. The husband and wife, who have four young children, spoke to New York City ABC station WABC about the ordeal.

“When the water came through our walls, it trapped me,” the husband recalled. “So my wife is at the bottom of the stairs, trying to scream to me to get out, and I didn’t know what to do. I was trapped.”

“Thankfully, our fire department was amazing and they came and they rescued us,” the wife added, fighting back tears. “It was so scary.”

Footage from Mullica Hill, New Jersey, showed where a tornado ripped through the area, obliterating homes and scattering debris across green lawns.

Speaking to Philadelphia ABC station WPVI, Troy Bonnenberg said he and his children took cover in the basement of their house in Mullica Hill on Wednesday night. When they emerged unharmed minutes later, the back half of their home was gone and their belongings were strewn throughout the neighborhood.

But Bonnenberg’s neighbor across the street bore the brunt of the storm. The house was destroyed and aluminium sliding, roofing, furniture and children’s toys were all piled atop the family’s car, according to WPVI.

In Passaic City, New Jersey, Mayor Hector Lora was on scene with local authorities and rescue crews amid the pouring rain as he urged residents to stay indoors.

“We have too many areas where the flooding has gotten so bad, the cars are stuck and we have bodies under water,” Lora said in a Facebook Live video on Wednesday night. “We are now retrieving bodies.”

The power of the storms were also felt in Pennsylvania’s Montgomery County. Mike Zajack of Maple Glen, a small suburb of Philadelphia, recalled how his house shook as the rain beat down outside.

“I couldn’t even hear myself think,” Zajac told WPVI. “I see branches start to get carried by the wind past my house, the chair on our front porch got flipped and it was nuts.”

Wealthy nations will have 1.2 billion vaccine doses they don’t need

9-month-old Afghan girl dies after evacuation flight to US

At least 13 dead in flood-ravaged New York City: What we know about the victims