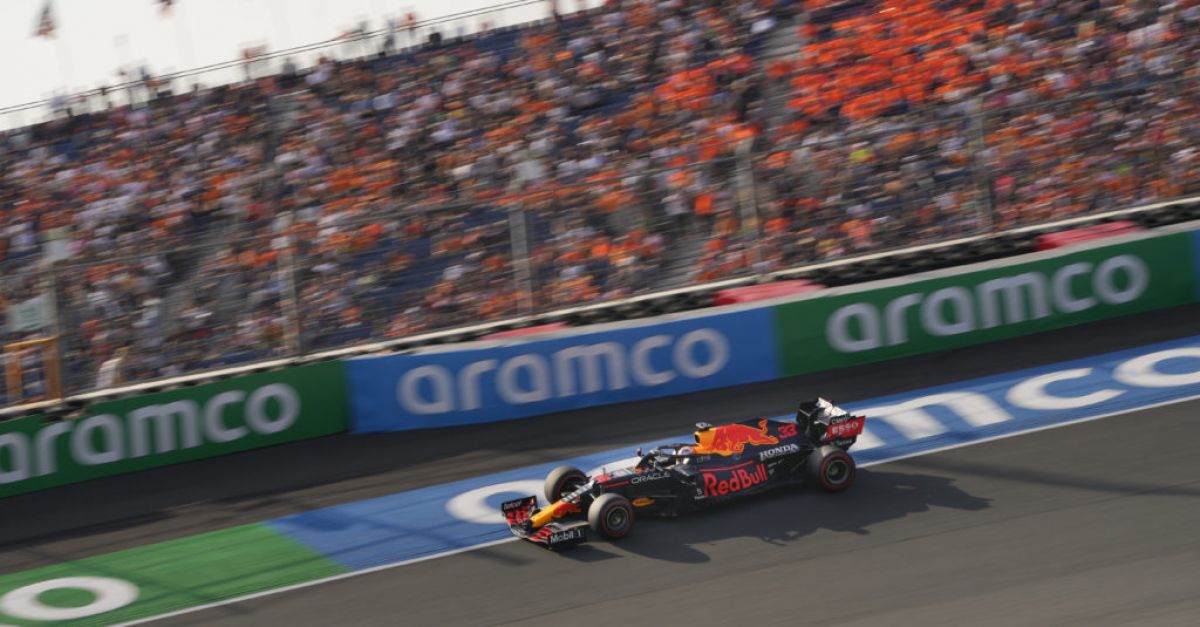 Max Verstappen threw down the gauntlet to championship rival Lewis Hamilton by finishing fastest in final practice for the Dutch Grand Prix.

Verstappen crossed the line more than half-a-second clear of Valtteri Bottas with Hamilton the best part of eight tenths back in the other Mercedes.

The Dutchman’s super-quick lap was greeted with a roar from the 70,000 partisan fans at the Red Bull driver’s home race.

Here's how FP3 played out ⬇️

Who has been impressing you most so far this weekend?#DutchGP 🇳🇱 #F1 pic.twitter.com/YwXrc2GlU7

Verstappen, who avoided a grid penalty for overtaking Aston Martin’s Lance Stroll during a red-flag period here in practice on Friday, will head into qualifying as the favourite to secure his second pole position in as many weeks.

Friday’s running at Zandvoort – Formula One’s first visit here since 1985 – was heavily disrupted and the final one-hour session was suspended for 15 minutes after Carlos Sainz crashed out.

The Spaniard lost control of his Ferrari under braking for Hugenholz before hitting the tyre wall.

Sainz emerged unscathed from the accident, but his team will now face a race against time to ensure his damaged machine is ready for the start of qualifying.

It just goes to show how tricky Zandvoort can be! Thankfully he was okay to get out of his car right away#DutchGP 🇳🇱 #F1 pic.twitter.com/3ONNMhUzHv

Sebastian Vettel, Lando Norris and Mick Schumacher all ran off the circuit in the windy conditions.

Alfa Romeo reserve driver Robert Kubica, standing in for the Covid-hit Kimi Raikkonen, finished 19th of the 20 runners ahead of his first grand prix since 2019.

Qualifying gets under way at 3pm local time.