United States captain Pat Hurst was delighted to see much more red on the scoreboard as her team mounted a fightback in Sunday’s foursomes at the Solheim Cup.

The hosts trailed 5.5-2.5 overnight, but claimed three wins out of four as they returned to Inverness Club in Toledo to reduce the deficit to just one point – 6.5-5-5 – going into the afternoon fourballs.

Seven of Saturday’s eight matches had gone to the final hole and it largely remained a tight contest on Sunday morning with battling American victories for Danielle Kang and Austin Ernst, Lexi Thompson and Brittany Altomare, and Lizette Salas and Jennifer Kupcho.

The only one-sided match went to Europe as Mel Reid and Leona Maguire saw off Nelly Korda and Ally Ewing 5&4.

“It was quiet this morning,” said Hurst. “Out there starting out, there was a lot of blue on the board, but it’s all about the ending, and I saw a lot of red at the end, so that was what we wanted. 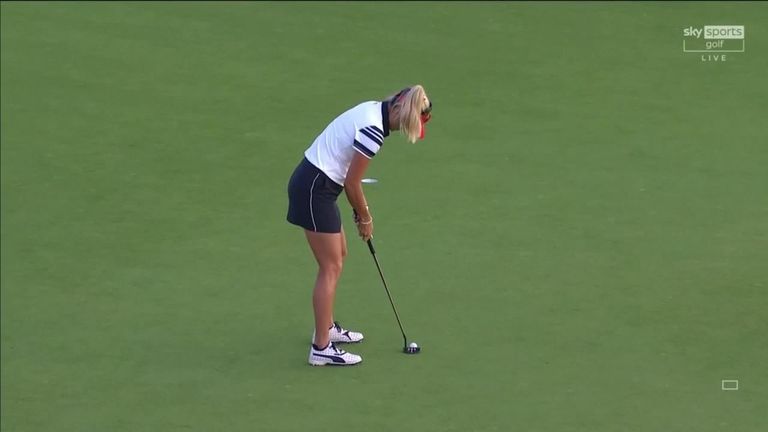 Ernst and Kang got the USA up and running with a 1up victory over Georgia Hall and Madelene Sagstrom after rallying after losing the first two holes. 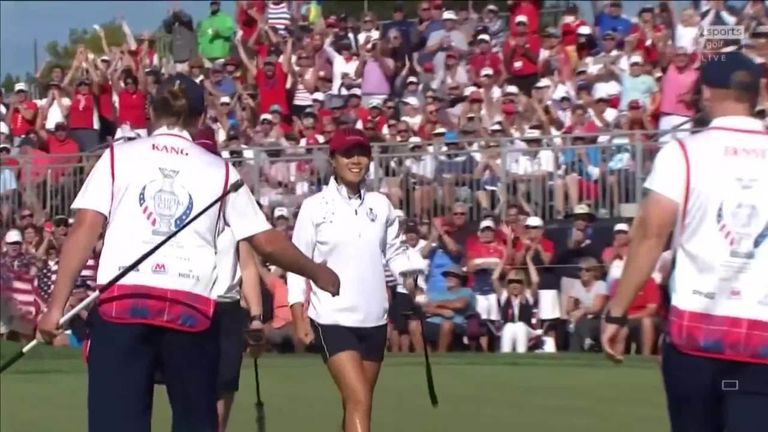 “It was huge,” said Ernst. “We needed to get a point for the team and get it turned early so they could see some red early. Looked up at the turn and it started to turn a little bit our way. The matches were at least kind of all square.

Salas and Kupcho also turned the tables from two down on Anna Nordqvist and Matilda Castren to prevail 3&1, and Salas revealed more about the mentality in the USA camp. 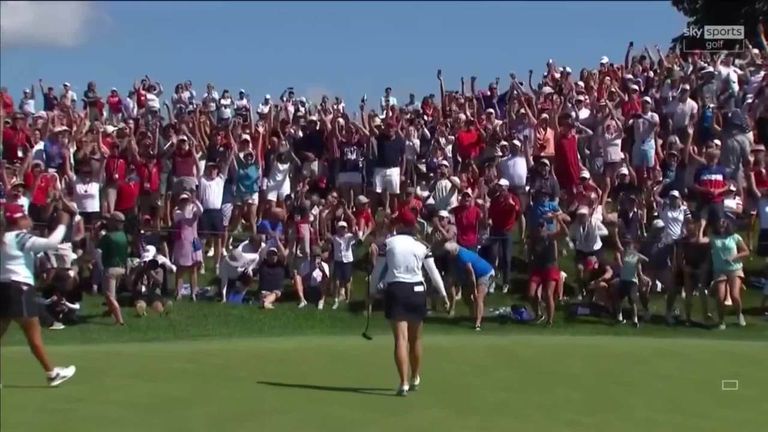 “Well, I think we just told ourselves that we’re Team USA and we need to play Team USA golf. We’re some of the best players in the world,” she said.

“And I feel like we don’t have to do anything special. We just come out here and do our thing. But these girls don’t need any pep talks. They know what to do, and Jennifer and all the all rookies, they’ve been solid.”

Kupcho wrapped up the win by holing a lengthy putt at the 17th to the delight of the home crowd. 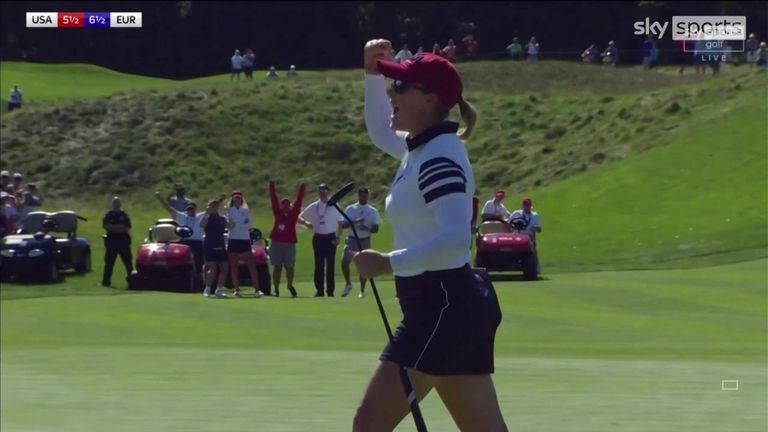 “I definitely live under this,” she said. “I mean, it’s super fun just to be able to hear the crowd roar. I think it’s super exciting for me. I love the sound of it. I’ll just keep doing it hopefully.”

Reid and Maguire teamed up to claim a point in the foursomes for Europe for the second day running and Reid was quick to pay tribute to the Irish rookie after she made it three wins from three.

“She’s a fantastic player,” said Reid. “My role was to kind of make her feel comfortable as someone who’s been on a few Solheim Cups, and just very, very impressed with her honestly. That grit and determination is second to none, and it’s been an honour honestly playing with her the last few days.”

Maguire added: “I think it was a pairing neither of us saw coming, but the captains obviously saw something in us that we didn’t see in ourselves, and I think we’re both fearless on the golf course, which is something you need to be in those matches, especially given the pairings we were up against.

“Nelly and Jessica yesterday Nelly and Ally today, world-class players, and we really had to be on our ‘A’ game to come out with a point.”