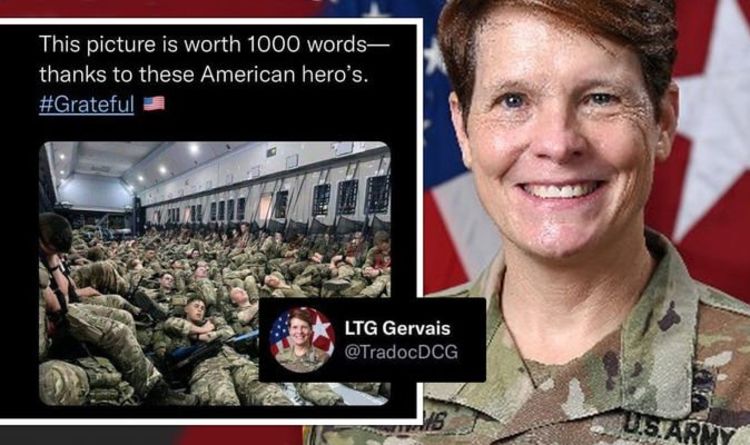 Lieutenant General Maria R. Gervais tweeted a widely-shared snap of exhausted-looking Parachute Regiment soldiers flying back to the UK after helping the humanitarian effort in the country. During the airlift – the largest the UK has carried out in decades – more than 15,000 people were rescued from the war-torn country before the took control.

Despite the soldiers wearing UK combat fatigues – which are markedly different from the American version – and holding SA80 rifles as opposed to the US Army’s M4 – Lieut Gen Gervais failed to spot the obvious differences.

The three-star general captioned her since-deleted tweet: “This picture is worth (a) 1000 words – thanks to these American hero’s (sic) #grateful.”

Before she spotted the glaring error and deleted her post – eagle-eyed Twitter users screenshotted it and shared it galore. 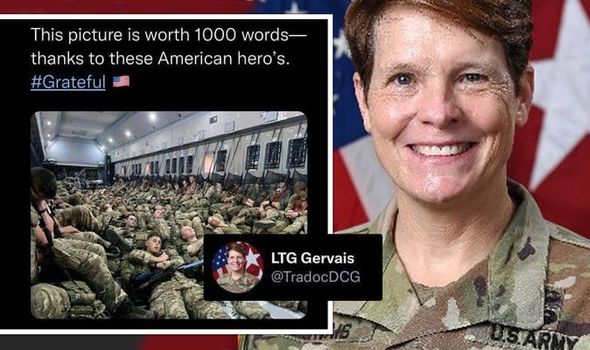 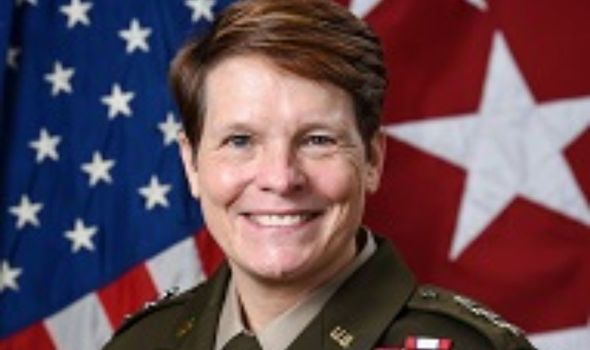 The veteran added: “It’s actually a really good example of when you compare forces.

“But the inability to identify your own soldiers is a little bizarre.

“Especially considering we (British forces) use the highly regarded SA80 as seen in the images.” 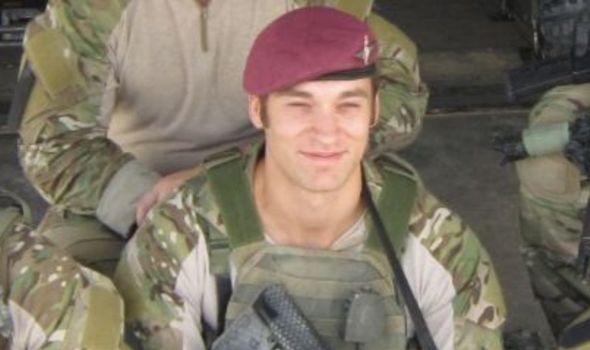 Others were similarly scathing of the gaffe by a senior serving officer in the US military.

Another joked: “Oops, turns out these are British troops. In all fairness to LTG Gervais, you can barely see most of these men’s teeth.”

Meanwhile, others pointed out that Lieut Gen Gervais is the Chief of Staff of the US Army’s Training and Doctrine Command at Joint Base Langley-Eustis in Virginia. 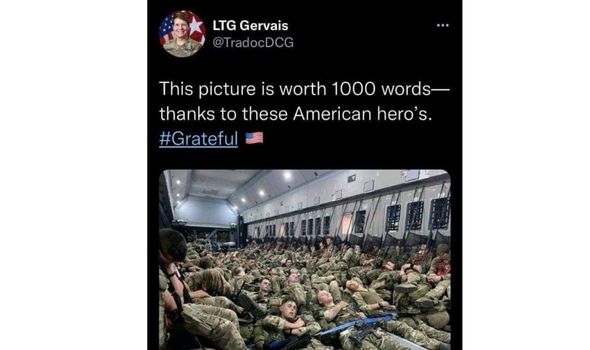 Highlighting this, one user wrote: “It gets better. LTG Gervais has charge of the US Army Training & Doctrine Command.

“Let that sink in a bit. Oh, yes, the US Senate approved of this person for promotion to this rank.”

Lieut General Gervais was promoted to her current role in May. 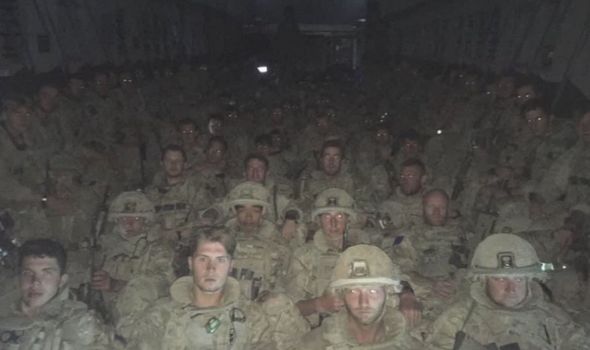 Before that, the career soldier was the director of the US Army’s Synthetic Training Environment Cross-Functional Team in Orlando, Florida.